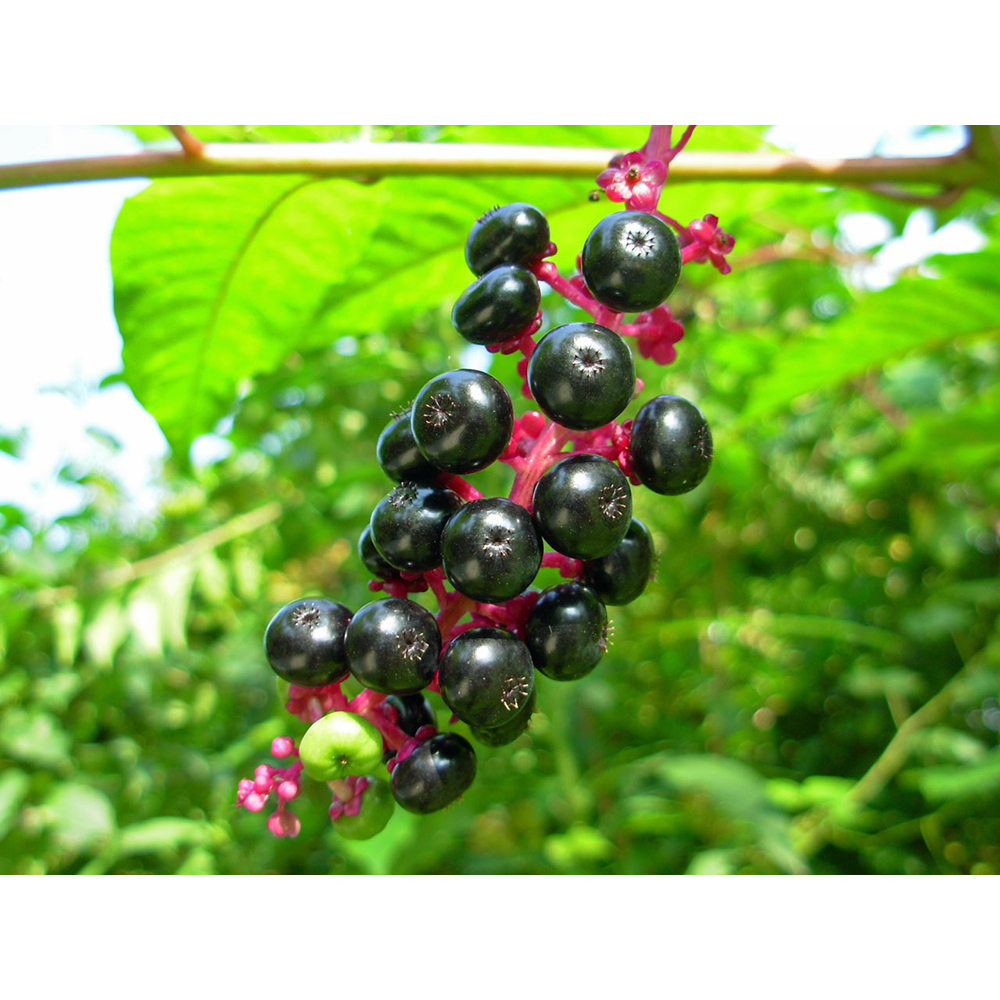 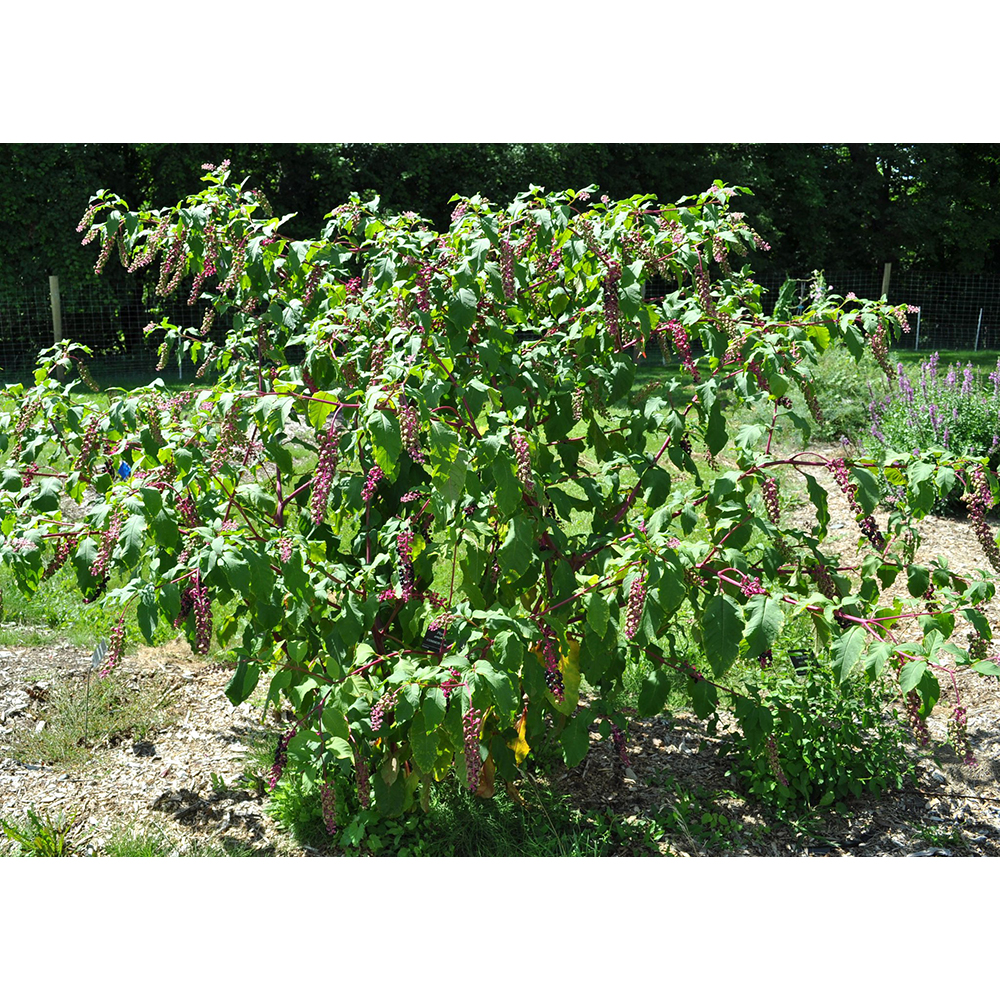 A mature pokeweed plant may be up to 10 feet tall. Photo: Cornell University. 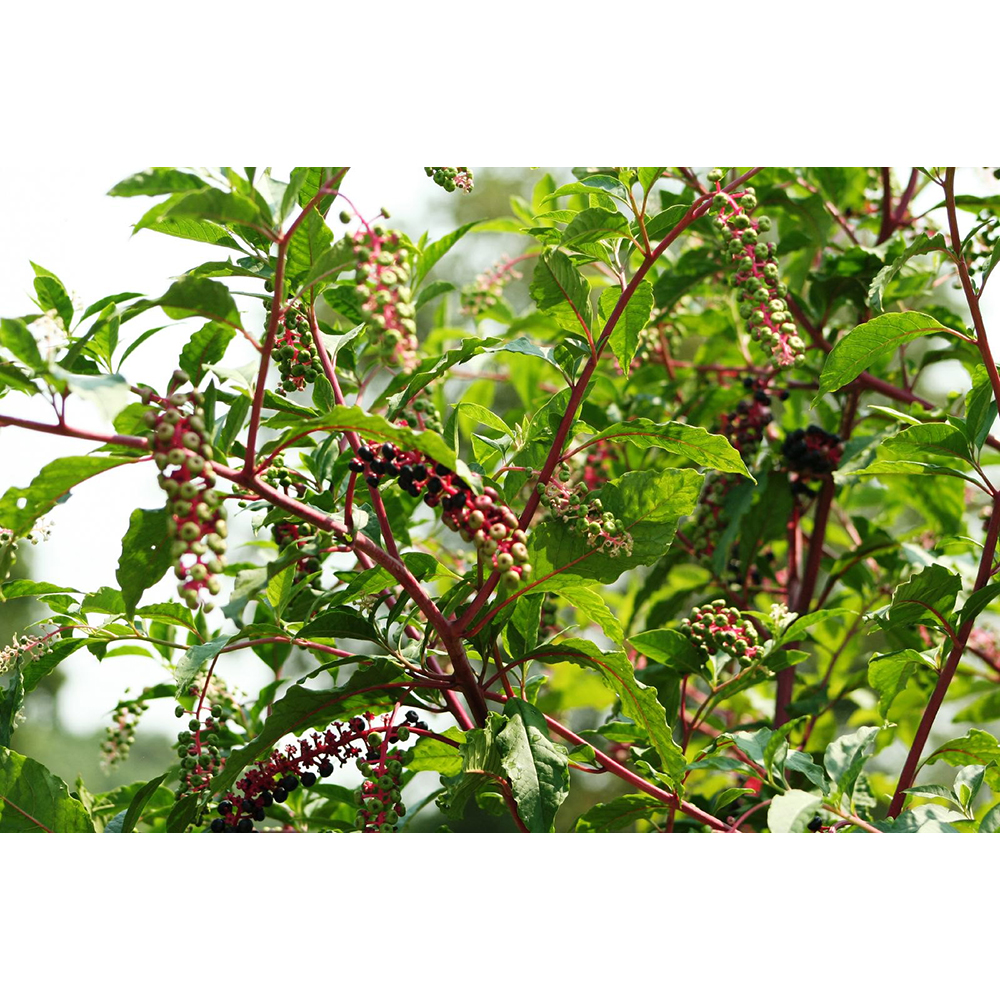 It’s another one of those plants that, once seen, is never mistaken for anything else. At 10 or more feet tall a mature pokeweed towers over its underlings. In late summer and fall, hanging clusters of purple-black berries ornament the reddish stems. The main stem where it meets the ground can be the diameter of a young sapling. And then there’s the taproot—an enormous beast 4 or more inches wide and very difficult to dig up. (Personal experience.)

From the looks of P. americana you might think, this can’t possibly be a native plant. And yet it’s found throughout eastern North America, from Ontario to Maine to Florida, west to Texas and north to Wisconsin. It’s even popped up in western states such as California, according to the University of California Agriculture and Natural Resources. 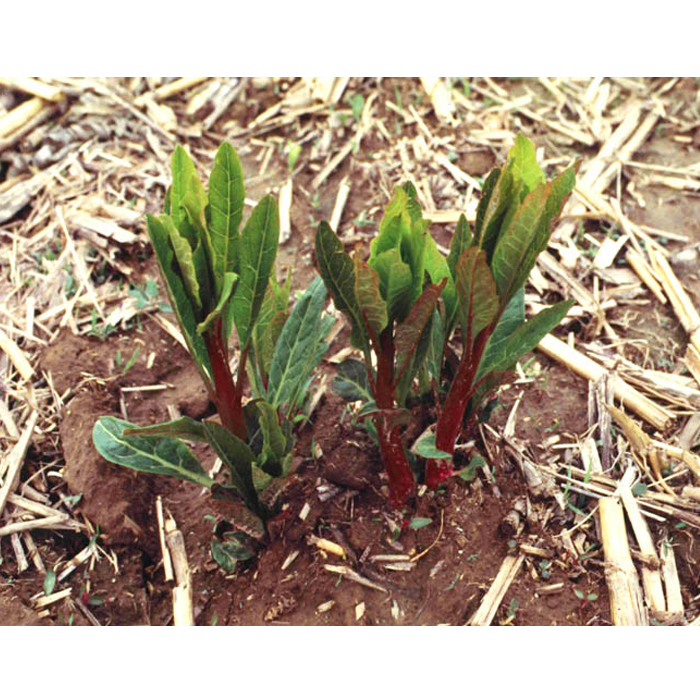 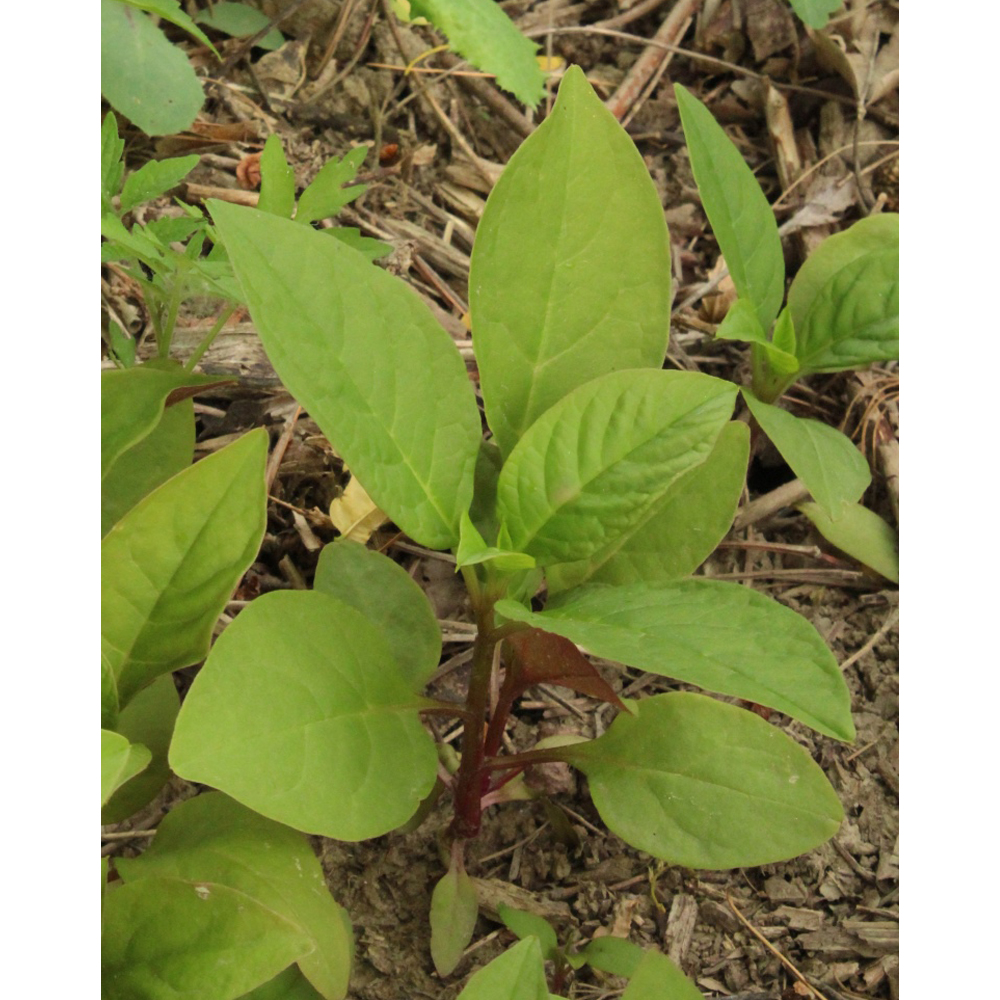 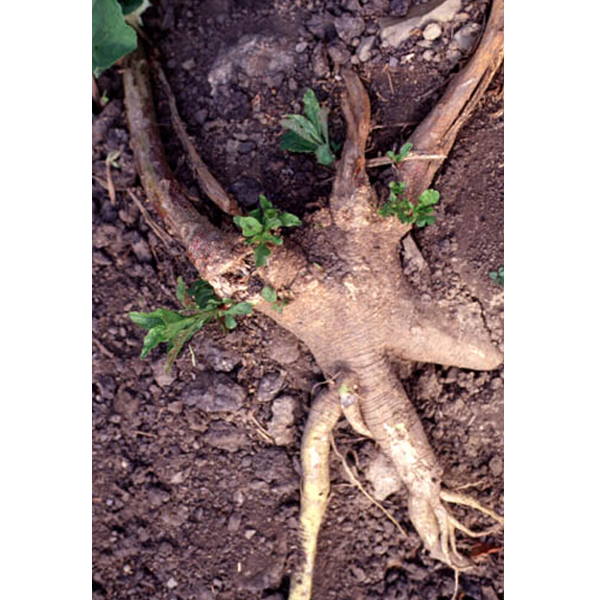 Pokeweed grows an enormous root that may be up to 4 inches wide. Photo: Ohio State University.

Pokeweed has a fascinating history and is important for its cultural, culinary, and medicinal uses. This article only skims the surface of pokeweed’s potential, but numerous applications for the plant abound. The juice from the berries has been used as an ink and a dye, and the young boiled shoots of pokeweed played a part—and still do, by some accounts—in Southern U.S recipes for “poke salad.”

But beware: all parts of pokeweed are poisonous, starting with the root as most toxic, followed by the stems, leaves, and then berries, which are said to be the least toxic. (No personal experience.)

And then there’s pokeweed’s propensity to spread easily by seed after the berries are eaten by birds. If the plant is not cut down and at least some of the tap root removed, it will return again the following year. So overall pokeweed is kind of a weedy nuisance, even if it’s interesting to see for all its striking horticultural features. The word is: enjoy pokeweed from a distance, but think twice before planting it in your garden.