Intern post: The Nature-Wellness Connection: Spending Time in Nature as a Mode for Improving Human Health

The Nature Academy is focused on training a new generation of environmental leaders in sustainability, conservation, and ecological restoration. As part of the Nature Academy program, each intern writes a blog post and develops a project. The project provides an opportunity to take on responsibility in an area of interest, contribute to the goals of their team, and develop a skill or area of knowledge that can be added to the intern’s portfolio. The post may reflect the project or be a nature-related topic of personal interest to the intern

This summer, I have been conducting a great deal of research on the relationship between nature and human health. My central question is: How does forging a relationship with nature affect the physical, mental, and emotional aspects of human wellness?

Prescription: Nature
When I shared my ideas with Matthaei-Nichols Director of Bob Grese, he told me about a program called “Nature Rx.” Cornell University has a chapter of this program—first developed by a group of physicians in Washington D.C. and the National Park Service—in which Cornell Health clinicians and mental health providers prescribe to their students time spent outdoors and on the Cornell campus to improve mental health. The university has seen such amazing results that they’ve expanded the program to include a course about nature’s impact on health. A student club has formed as well.

Cornell’s success inspired me to create a chapter of Nature Rx at the University of Michigan. The Michigan chapter is not yet live but when it is the University of Michigan department CAPS (Counseling and Psychological Services) will refer students to the Arboretum and the botanical gardens for a dose of nature. But first I needed to understand the connection between health and nature and the proven, evidence-based science and psychology that validates that connection. 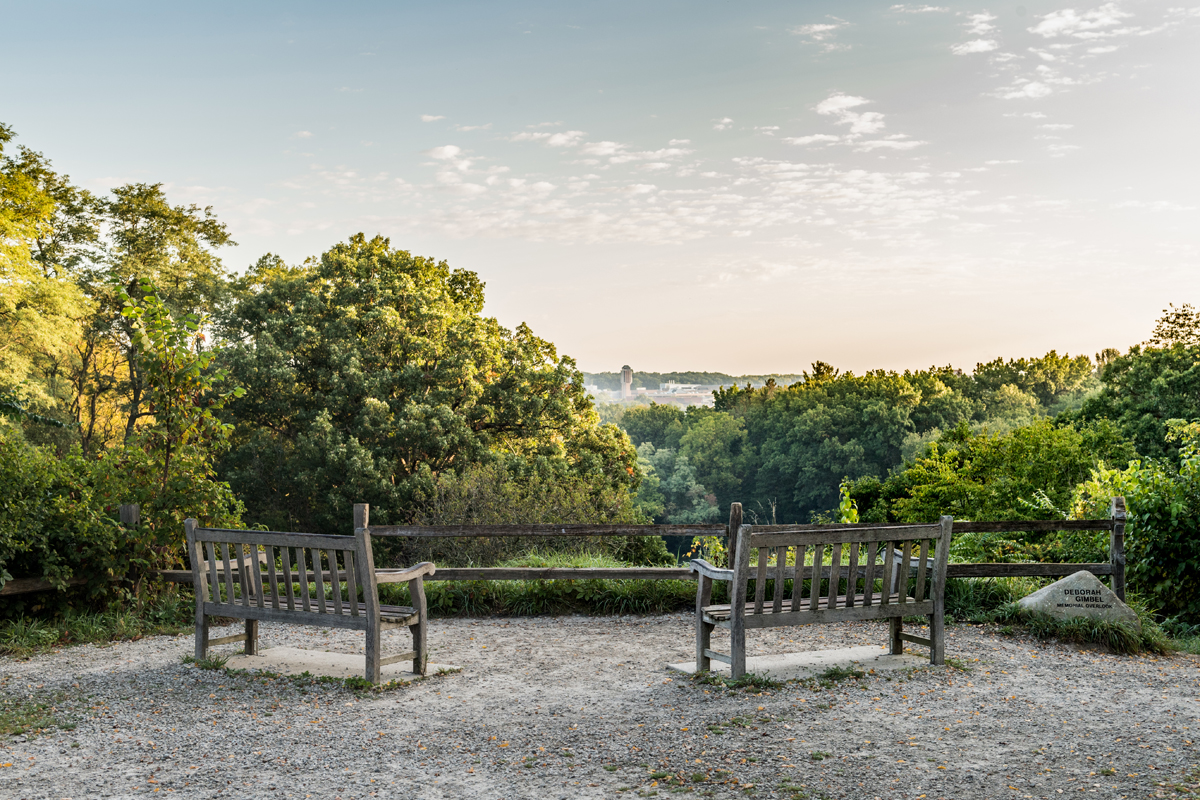 The overlook at the Geddes entrance to Nichols Arboretum.

On the more scientific side of things, years of biology, chemistry, and anatomy and physiology classes have familiarized me with the benefits of sun exposure such as increased vitamin production, as well as the benefits of oxygen-rich air and physical exercise.

These qualities have been attributed to a positive state of well-being and good health. When the mind is healthy, the rest of the body follows. But modern times have diminished this connection between humans and nature, and we’ve let our relationship with nature fall by the wayside. 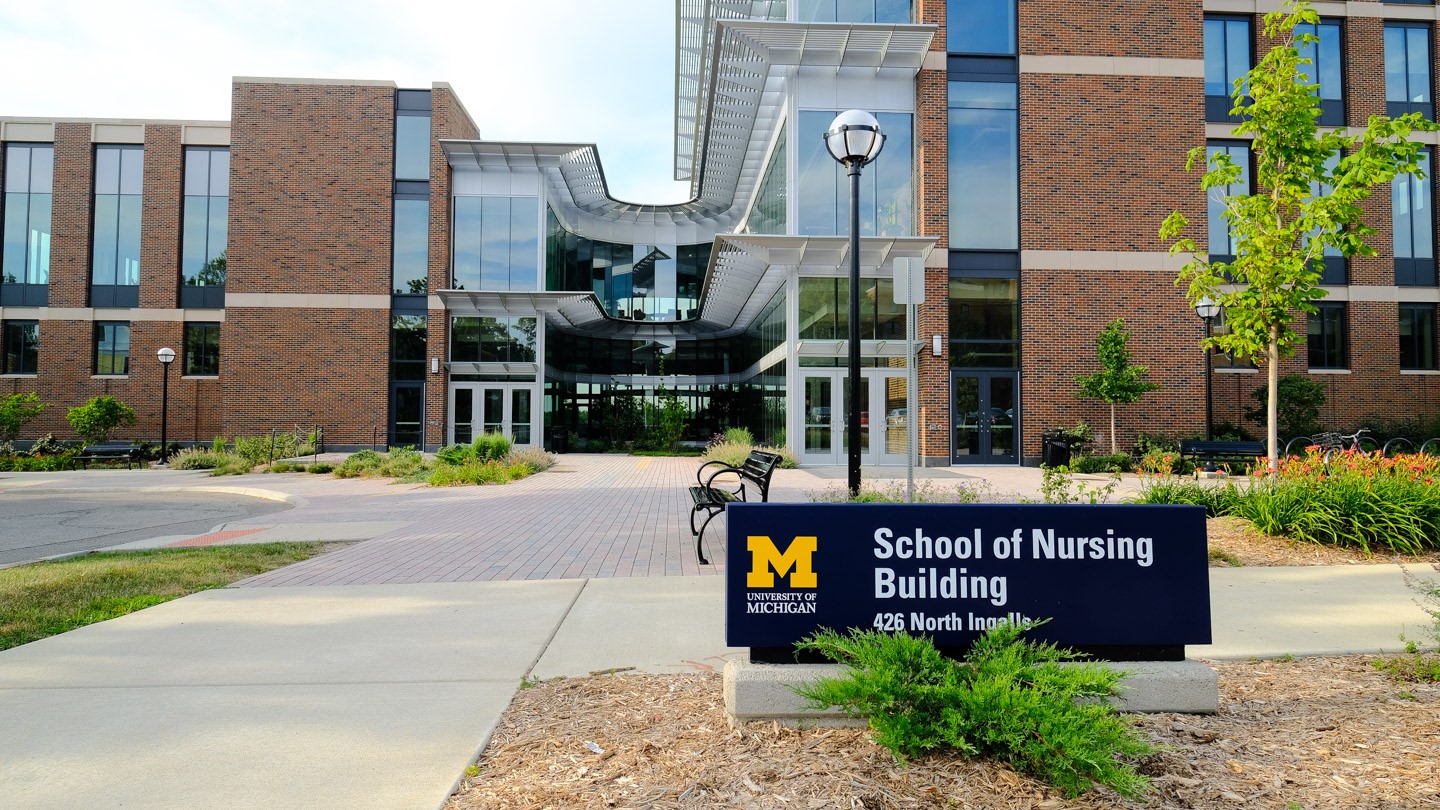 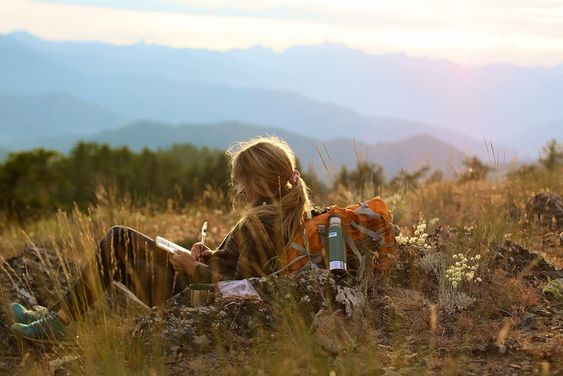 Before I began my research, I had a basic understanding that engaging with nature is good for you. Parents, doctors, teachers, virtually everyone suggests that time spent outdoors exerts a beneficial effect.

I know that outdoor feeling very well. The rush of riding a bike down a steep hill and standing on the pedals, or gliding along the bottom of a lake and looking up to see the sunlight dancing across the surface of the water and fracturing into a million pieces. Or filling my lungs with a deep breath in a lush forest to free any negative energy within. Being outside just makes me feel good. 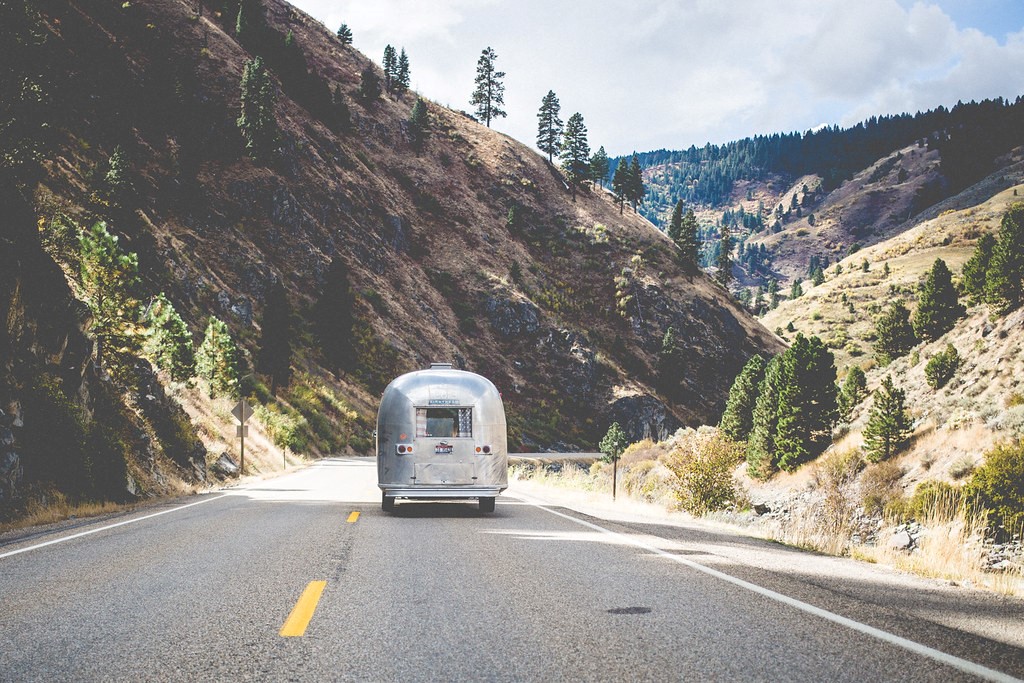 In one study by Howard Frumkin et al., Nature Contact and Human Health, a dose of nature was found to reduce depression, stress, and anxiety. In another study by Margarita Triguero-Mas et al, identical results were found when examining the benefits of time spent in natural outdoor environments on well-being, including stress reduction and improved mood.

Further positive results were found in a study mentioned in Cecily Maller et al.’s Healthy nature healthy people: The authors wrote that “empirical, theoretical and anecdotal evidence demonstrates contact with nature positively impacts blood pressure, cholesterol, outlook on life and stress-reduction.” These studies duplicate evidence that nature has a positive impact on mental health, and thus on overall well-being. More research is yet to be conducted to figure out exactly why nature improves mental health, but these sources confirm that its positive effect on humans is indisputable. 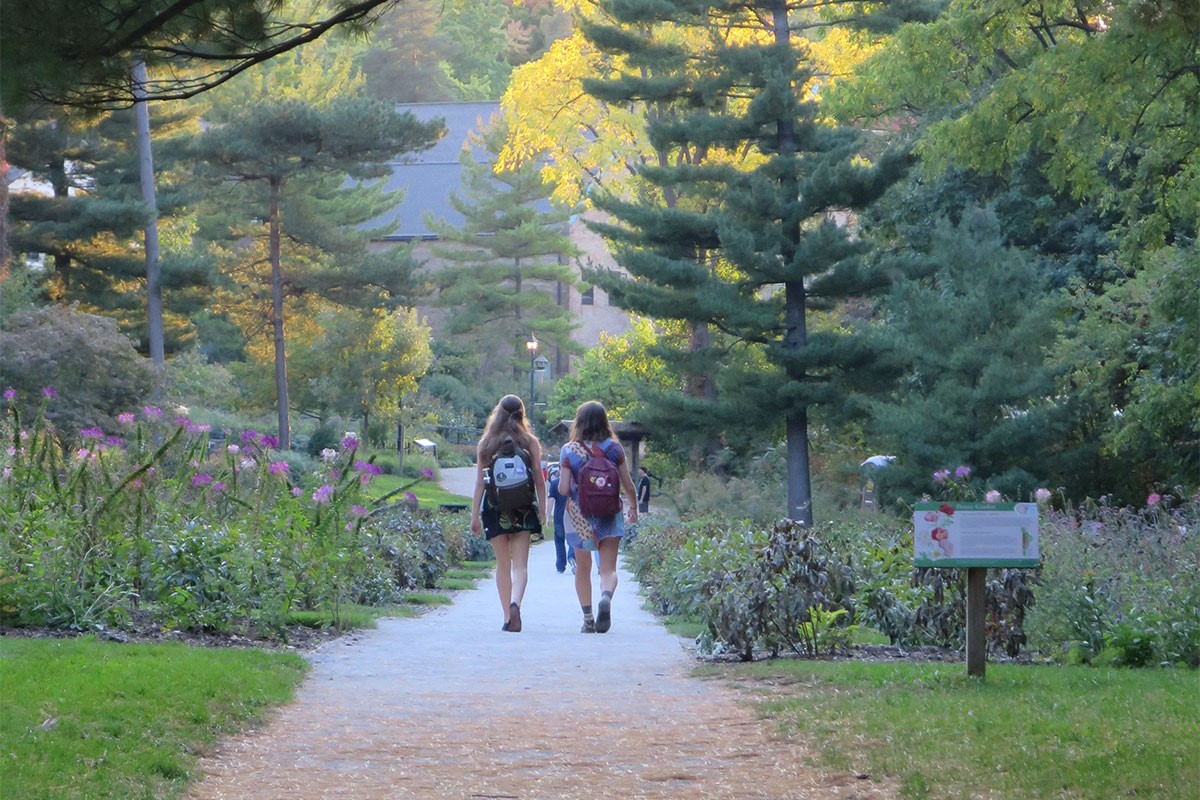 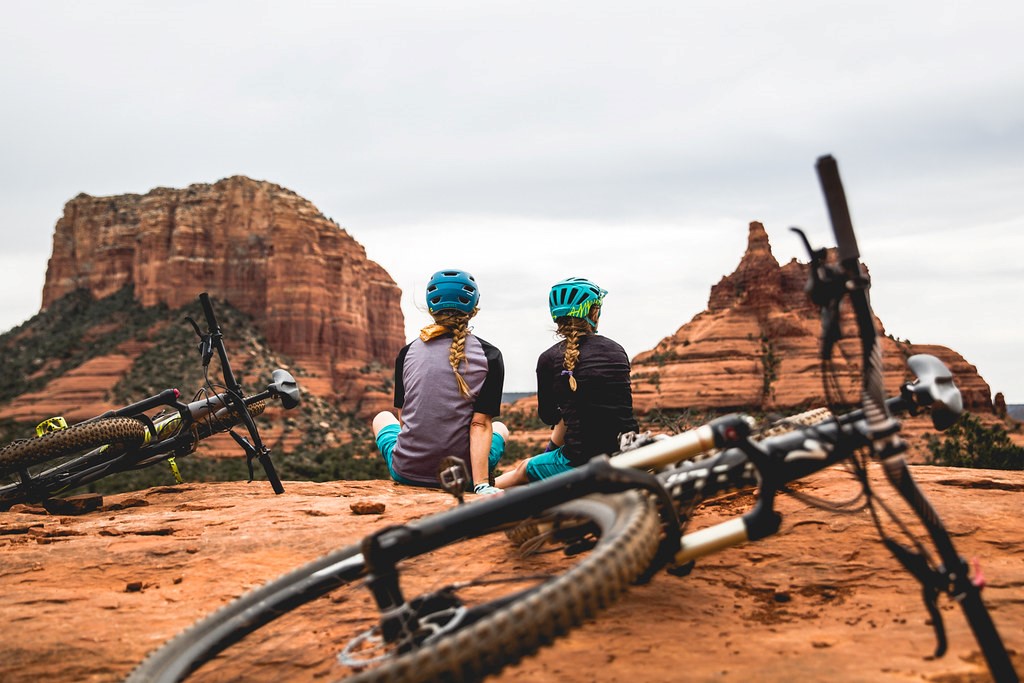 A Plethora of Physical Benefits

The authors of Does Physical Activity Mediate the Effect of Residential Greenness on Mental Health and Subjective Well-Being? explain that “a growing body of research shows that exposure to natural environments benefits physical and mental health and well-being.” In that study, data showed that health outcomes were measured against how much green space residential areas offered. The study found

reduced risks of obesity… for women who lived in areas with the highest tertile of greenness within a 500m residential buffer… relative to those in the lowest tertile. Further, mediation analyses showed that physical activity attenuated the association between greenness and obesity by 32%.

The study Natural Outdoor Environments And Physical Activity Engagement supports this notion, but also challenges whether nature itself or the physical activity associated with being outdoors impacts health. The authors write that

Many of the studies imply that natural outdoor environments indirectly enhance physical health by improving mental health, which then improves physical health. Other aspects—increased sun exposure, better air quality, and physical fitness—that were factors of time spent in nature had positive impacts on physical health. However, the evidence indisputably shows a positive correlation between physical health and contact with nature.

Spending time in natural outdoor environments has been found to improve emotional health in addition to physical and mental health. In Frumkin et al.’s study, people who had more contact with nature reportedly experienced greater happiness, well-being, and life satisfaction. Reduced aggression was also found to be an outcome, as well as reduced ADHD symptoms, and increased prosocial behavior and social connectedness.

In a study mentioned in Natural Outdoor Environments And Mood, identical results were found relevant to an improvement in aspects of emotional health due to contact with nature. In the study the authors

The study concluded that, “NOE could benefit human health and well-being due to an improvement of mood. Moreover, part of the mechanisms explaining these associations could be the reduction of stress and the increase of social interactions.” The stress reducing and prosocial aspects of increased NOE contact were found to be the mediators or improved mood through nature contact. Improved mood then had a beneficial impact on other aspects of emotional health like reduced aggression and greater happiness, well-being, and life satisfaction.

Because the benefits of time spent in natural outdoor environments on human health and well-being are so evident and lack any concerning negative consequences, this tool should be well-promoted and encouraged. We have seen the evidence of the power of nature to improve health, so it is only fitting to now examine how little time is spent outdoors and how poor health outcomes are that could be greatly improved by simply utilizing the natural outdoor environments around us.

of the total time spent by all respondents on the diary day, 69% was spent, on average, in a residence (Figure 1). Approximately 87% of the time was spent indoors and 5–6% in a vehicle —with the remaining 7–8% spent outdoors. These results are comparable with U.S. time budgets reported by Robinson and Thomas (1991) from a 1985 study and Canadian time budgets reported by Leech et al. (1996). For both of these two studies, which span a period of about 10 years, respondents reported spending 89% of the time spent indoors with 5% in a vehicle and 6% outdoors.

This study reveals Americans’ lack of contact with nature and that this hasn’t improved much over the years. Furthermore, the 2018 Annual Report from America’s Health Rankings found that, “the nation’s obesity rate rose 5 percent in the past year, with one in three adults now experiencing obesity. Subpopulation data show that adults aged 25 and older with a college degree have a lower prevalence of obesity than all other education levels. Obesity continues to be a leading cause of cardiovascular disease and cancer — chronic diseases that are contributing to premature death rates… This year’s report finds concerning mental health challenges impacting the nation, including an increase in the suicide rate and frequent mental distress. Suicide, measured as “the number of deaths due to intentional self-harm per 100,000 deaths recorded on death certificates, increased 16 percent since 2012. More Americans are also reporting poor mental health for 14 or more days out of the last month, with frequent mental distress now impacting nearly one in eight adults.”

The report clearly shows that all modes of human health are suffering in America today. The lack of time spent outdoors and poor health conditions among Americans is often blamed on the fast-paced, time consumed lifestyle of the working American. This attribute can contribute to a sedentary lifestyle spent indoors and a poor diet, which then consequently put health at a deficit. However, the resolution is clear and simple.

Spending time outside in natural environments is an amazing, practical tool for improving human health and well-being. This simple and easy strategy can make a world of a difference for human health and wellness. Healthcare professionals, clinicians, families and academic faculty need to be made more aware of this tool and should be much more greatly recommending, encouraging, and enforcing the forging of a relationship between humans and nature. This is such an important topic because health should be a priority of every person no matter their lifestyle.

Nature is accessible to most people, making it a near-universal but too-often overlooked tool for improving health. Not everyone has access to nature, however. That unequal access could easily be the subject of another blog post or research project. Future research could look into how to create natural, accessible environments in hyper-urbanized areas across the United States. Research could also focus on why nature has the impact on humans that it does, and how great that impact can be.

Lauren Szwed, from Allen Park, MI, is a rising sophomore in the School of Nursing at the University of Michigan with minors in Spanish and Global Health. She plans to pursue a Master’s of Science in Midwifery from the University of Michigan. Her hobbies include piano, gardening, and enjoying the rising restaurant scene in Detroit. Her interests include developmental psychology, tourism, and ethical issues in healthcare. 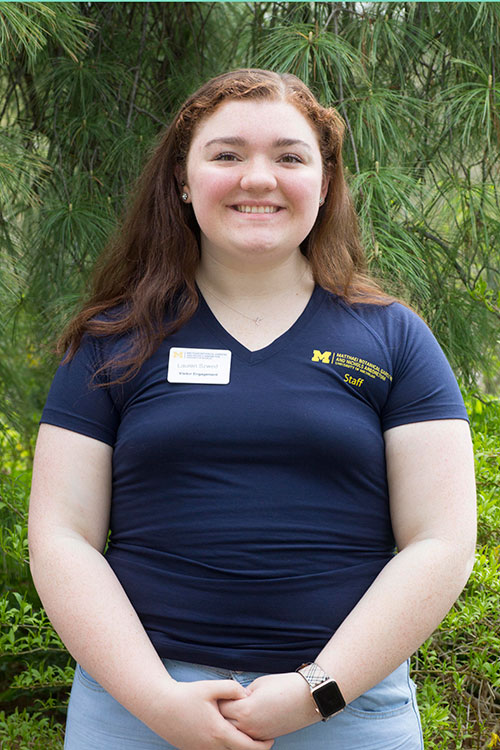