The Fascination with the Fly Trap

By Esther D’Mello
Being the children’s education summer intern at Matthaei Botanical Gardens has been a wonderful experience for me. There’s always something new and exciting to learn while leading tours and workshops with children who are visiting the gardens. The tours are packed with interesting information on plants, biomes, ecosystems, and even animals on the trails and in the conservatory. 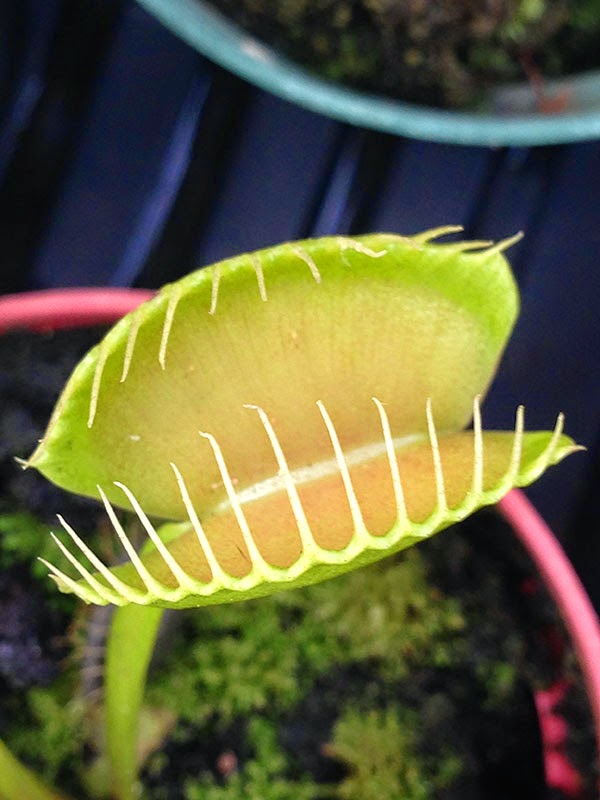 The one plant that always amazes the children and captures their attention—regardless of their age—is the Venus fly trap. Every time we get within a few feet of this plant, students start saying, “Wow, an actual Venus fly trap!” while throwing their hands up to catch imaginary flies in the conservatory. That’s when I tell them this small plant is actually insectivorous—a plant that eats insects.
“That’s right kids, it actually is a plant that can digest insects. Can you say ‘in-sec-TI-vuh-rus’ with me?” I love seeing their faces light up as they try to creep closer to the plant and sometimes try to touch it to see what happens. I explain that what’s cool about this plant is that it developed a way to capture insects (particularly flies) in order to obtain additional nutrients lacking from the fly trap’s nutrient-poor habitat (bogs). 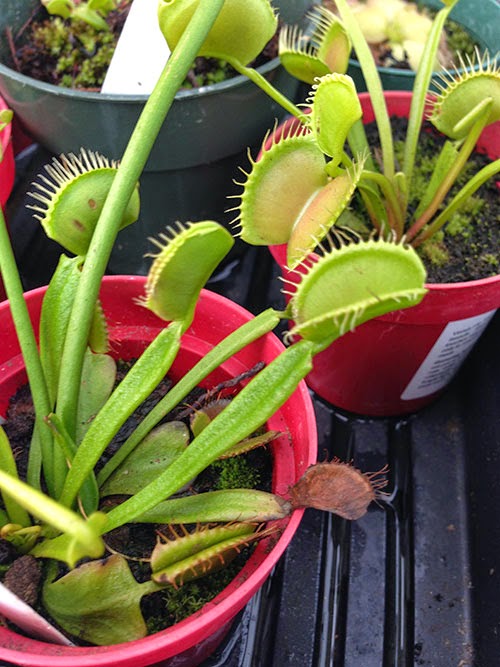 The fly trap has two leaves with what look like teeth, and these leaves have two trigger hairs on their inside surfaces. Both hairs have to be touched—by a fly, for example—in order to activate the trapping mechanism of the leaves. This trapping mechanism is so specialized, however, “that it can distinguish between living prey and non-prey stimuli such as falling raindrops.”1 Once the leaves are closed the insect cannot escape. The plant then secretes enzymes into the leaves that break down and digest the trapped prey. 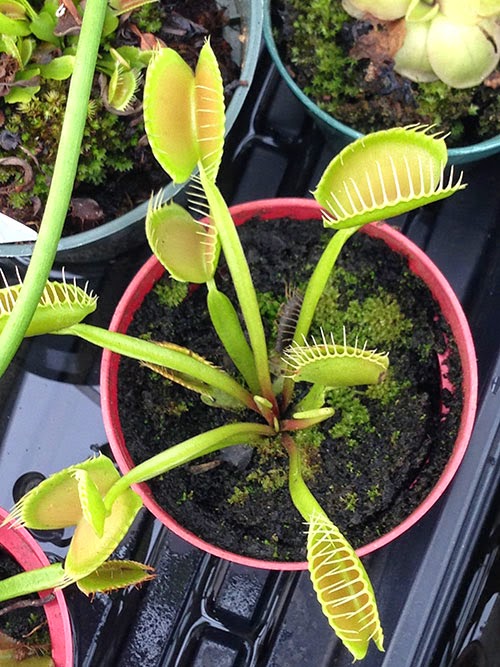 The fly trap’s “insect-eating” behavior to obtain extra nutrients is an amazing adaptation. I love the enthusiasm and curiosity the Venus fly trap brings to the tours in the conservatory.
1 (Raven, Peter H.; Evert, Ray Franklin; Eichhorn, Susan E. (2005). Biology of Plants (7th ed.). W.H. Freeman and Company. ISBN 0-7167-1007-2.)
Guest post by Esther D’Mello. Esther is from Cleveland, OH, and is a second-year master’s student with a concentration in conservation ecology at the School of Natural Resources and Environment.