Taking the Ginseng Challenge at Matthaei-Nichols

Everyone’s heard of ginseng. But it’s getting harder to find in the wild. And it’s a bit tricky to grow. Those are two reasons why in 2015, Steve Parrish, Matthaei-Nichols natural areas manager, decided to try and propagate plants from seeds collected from North American native ginseng (Panax quinquefolius) growing on our properties.

“It’s a rare plant that I saw as an important and fun challenge to grow,” Steve says. “Conservation is part of the goal with this project. I wanted to give our population of ginseng plants a leg up to increase their odds of survival.” For that to happen the conditions have to be just right, and it takes some patience to get them to sprout and succeed as plants that produce seed and the roots that are so sought after by collectors.

Steve and then-student intern Andy Harmon collected seeds from plants growing on our properties. After collecting the seeds, Steve stored them in a paper bag for a week, after which they were washed, dried, and then parked in a cooler for about a month.

The seeds were then buried in a wire mesh bag for a year to stratify (a process for germinating seeds by placing them between layers of soil). The wire mesh bag, made from aluminum screening, helped protect the seeds from hungry critters.

About a year later, in September 2016, Steve dug up the pouch and checked seed viability by placing them in water. Most sank, which means they are viable, and some floated, meaning not usually viable. The seeds were now ready to plant. Steve explains, “We chose a suitable shaded, mid-slope site, and using a lawn rake cleared away leaves and sticks and scratched the ground. We spread the seed directly on the scratched ground, stepped on the seeds for good soil contact and then placed the leaves and sticks back on top of seeds.” After planting, wire mesh was placed directly on top of the seeds/leaves. Steve and team used this technique in two different sites.

In May 2017, one of the sites yielded 108 seedlings. In May 2018 the team counted 64 seedlings. And in May 2019 50 seedlings survived. As of November 2019, the plan was to plant some of the seedlings in various locations, Steve says, “to ensure more survival and to not keep all the eggs in one basket, so to speak.”

Ginseng’s near-mythical reputation as a healing and rejuvenating herbal remedy has led to its over-collection and resulting population decline. That holds for both American ginseng and the Asian varieties. There are eight species of ginseng, but only three are used in herbal medicine, and one of those is the American ginseng, according to the Michigan Natural Features Inventory.

The roots of both Asian and American ginseng provide the compounds said to be beneficial for health. While ginseng has long been used in traditional medicine, “there’s currently no conclusive evidence supporting any health benefits,” according to the U.S. National Institutes of Health. 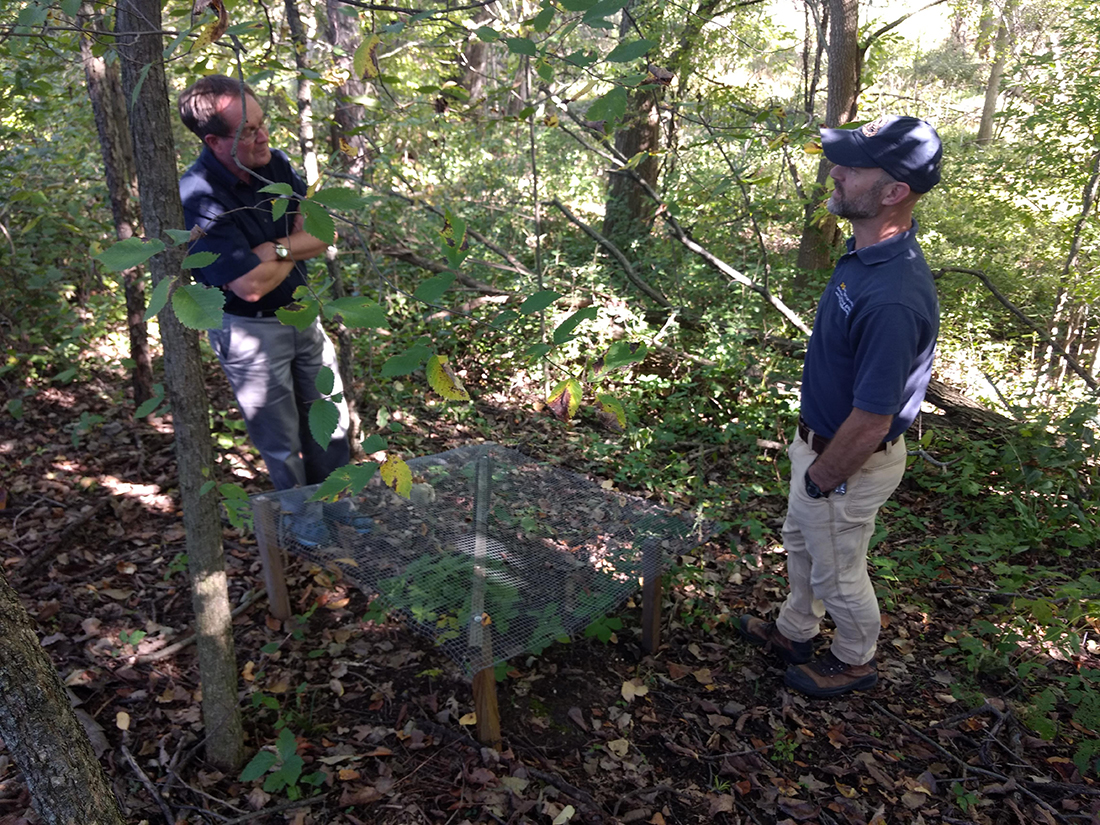 Matthaei-Nichols Director Bob Grese (left) and Natural Areas Manager Steve Parrish stand over a patch of American ginseng (Panax quinquefolius) propagated from seed by Steve and student interns in 2015. Ginseng is tricky to grow and rare in the wild due to over-collection.

Three-year-old ginseng plants growing at Matthaei-Nichols in fall 2019. The seeds were planted in 2016. 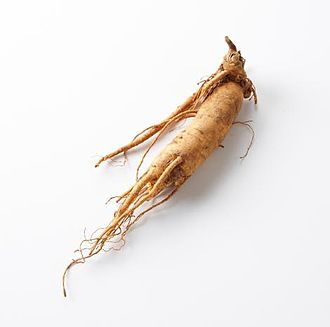 Ginseng roots provide the part of the plant used in traditional medicines, teas, and other preparations. (Photo by Wikipedia.)