Every garden is a kind of nature-in-miniature. That’s true of the Marie Azary Rock Garden at Matthaei, where a transformation is taking place this fall. The space, tucked between the Gateway and Great Lakes gardens at Matthaei, is named after Marie Azary, a rock-garden enthusiast and supporter of the botanical gardens who donated her rock garden in 1985.

The plans for the garden’s metamorphosis have been in the works for several years. “The Great Lakes chapter of the North American Rock Garden Society asked us to partner in a revitalization of the rock garden,” says Collections Horticulturist Mike Palmer. “The renovation would give the garden a greater diversity of plants and microhabitats.” The local chapter agreed to contribute labor, plants, and materials such as the locally sourced tufa rock—a porous form of limestone that’s essential in rock gardens.

The garden had grown less diverse over time, according to Doug Conley, Matthaei-Nichols garden manager. Renovating the rock garden gives us a blank slate to work with. “We’ll keep some legacy plants from the original Marie Azary donation. But we also see the rebuild as an opportunity to increase plant diversity.” The old rock garden faced more or less south and offered relatively minimal topography. The new garden will have north- and south-facing elevation changes, including a cliff face. This will add visual drama and allow plants that prefer less sun and more water to thrive. 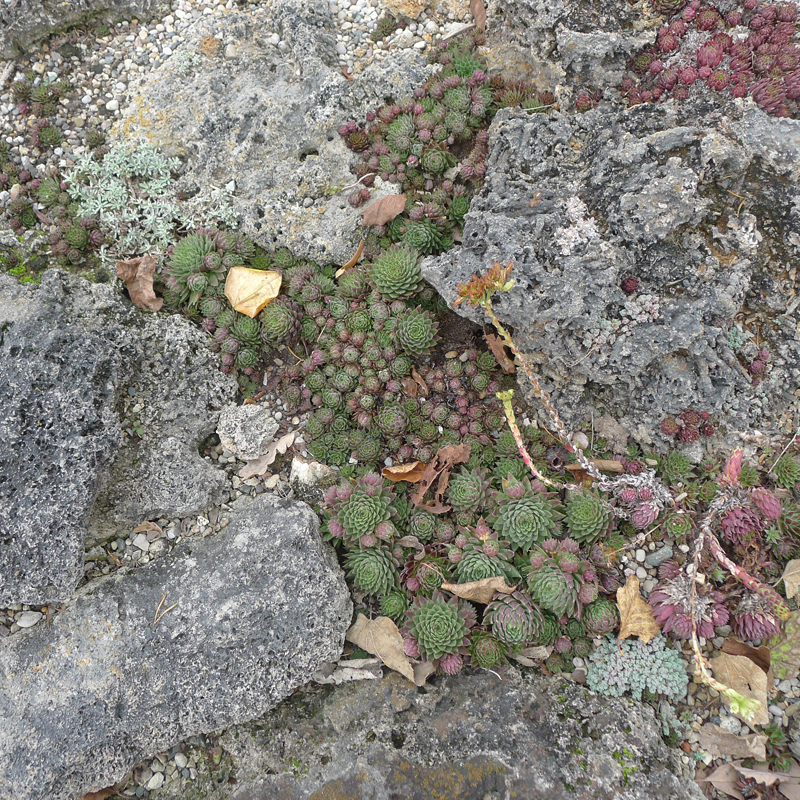 A look at some of the plants growing on, in, and around the tufa rock. Tufa, a kind of porous limestone found in many places in the world, is essential to a successful rock garden. The tufa for our garden is locally sourced. 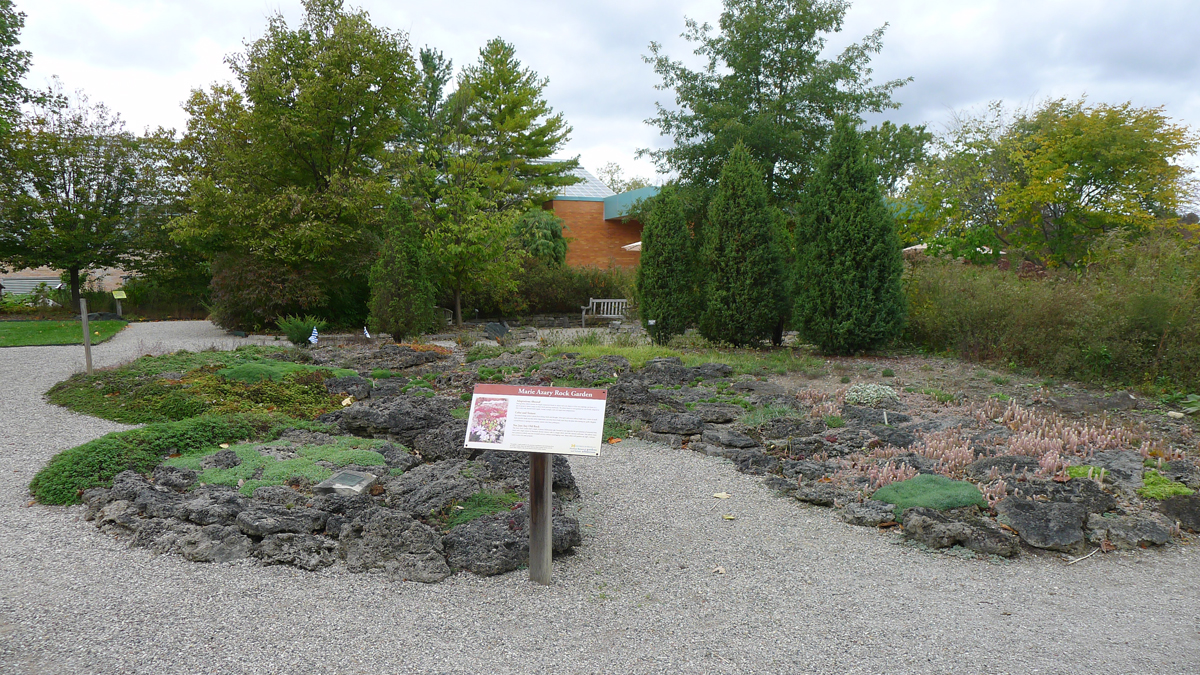 The Marie Azary Rock Garden pictured on October 18, 2019, just prior to the start of the work to renovate and redesign the garden space. 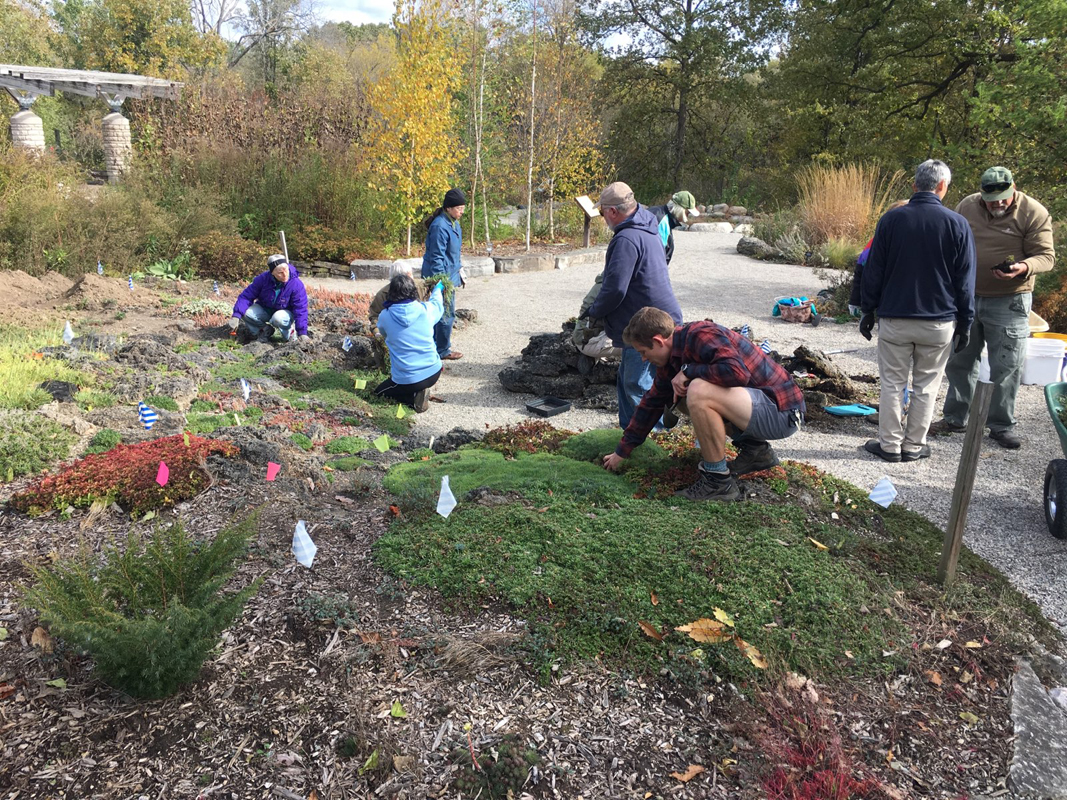 Matthaei-Nichols staff and members of the North American Rock Garden Society Great Lakes Chapter remove plants from the Marie Azary Rock Garden at Matthaei in preparation for the garden renovation. Society members are donating labor, plants, and materials for the new garden.

You can think of a rock garden as a miniature landscape, not unlike Chinese shuihan penjing that incorporates plants, rocks, and sometime figures to create the illusion of an entire landscape. But a rock garden can also be thought of as a demonstration garden of sorts. Visitors will get an idea of how to garden sustainably using less water with more plants in a small space.

As far as the absolutely correct way to make a rock garden, “there is no one or right way to do it,” says Holly Pilon, president of the North American Rock Garden Society Great Lakes Chapter. It’s an area where experimentation can be the best way to go. “Scale isn’t an issue, so a person can have a bed or a trough or a whole yard devoted to the plants,” Pilon explains. “Many public gardens incorporate rock gardens. People see the word rock and think mountains, but rock gardens are everywhere there are plants.” 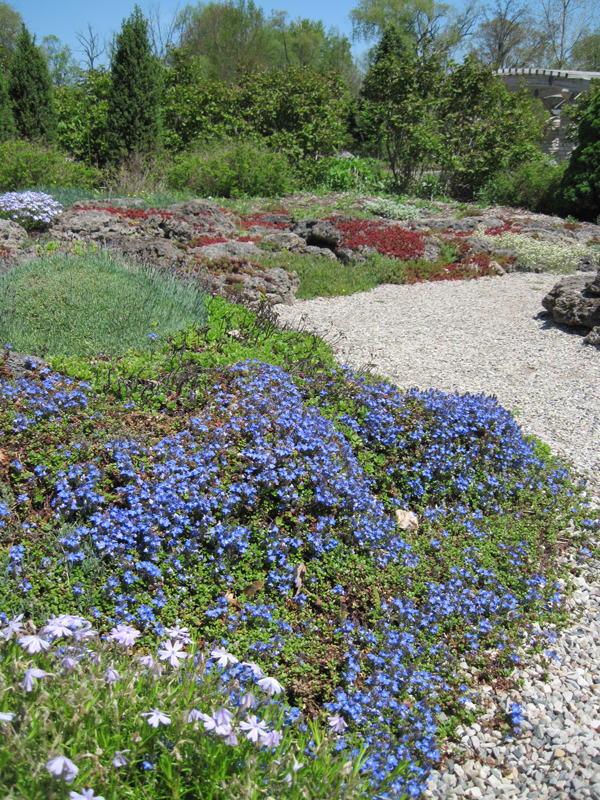 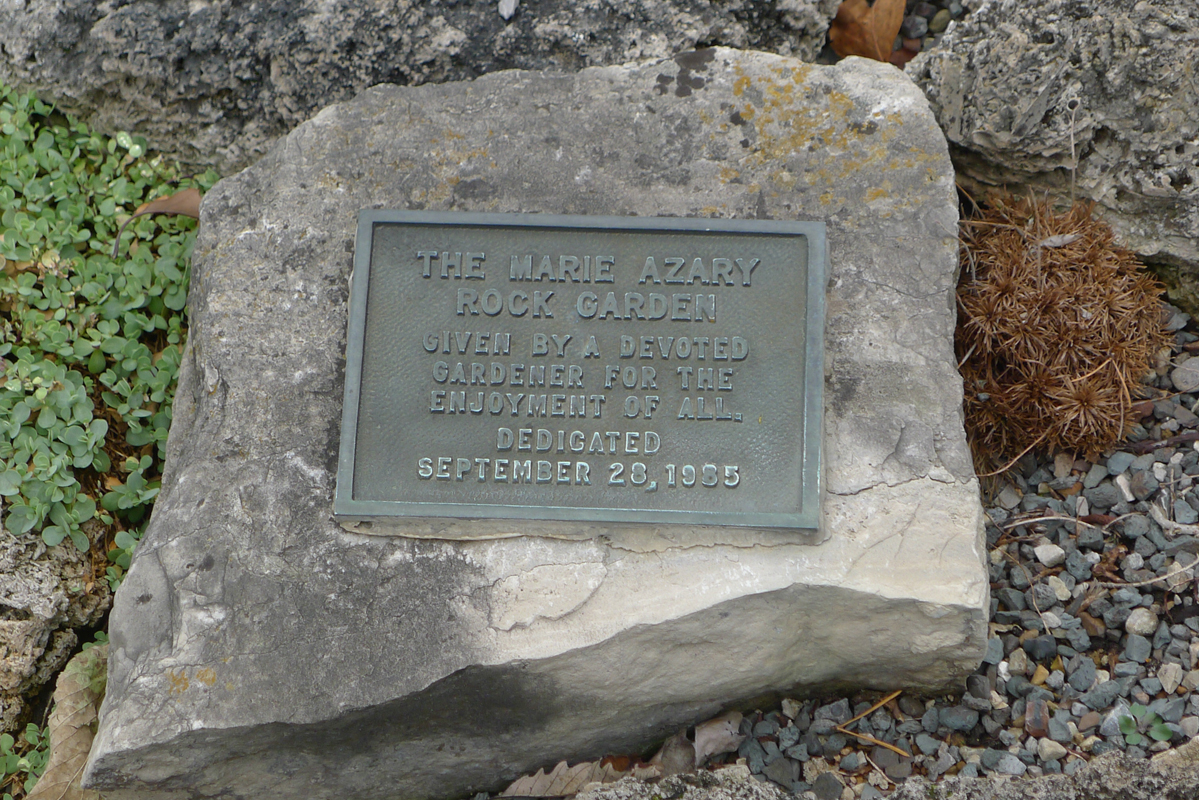