Bonsai expert Bjorn Bjorholm visited Matthaei Botanical Gardens June 19-21. Bjorn was at Matthaei to offer guidance and to work on the bonsai collection at Matthaei-Nichols.

Our connection with Bjorn began with Dr. Melvyn Goldstein, an Ohio bonsai expert and collector. Dr. Goldstein—who loaned us several blooming satsuki azalea bonsai for display at Matthaei in early June—recommended reaching out to Bjorn, who has worked on Mel’s bonsai collection. (Scroll down for a gallery of photos.)

Bjorn and his wife, Nanxi Chen, operate Eisei-En, a bonsai garden, nursery, and school outside Nashville, Tenn. Bjorn apprenticed for six years in Japan under a bonsai master, after which he received a certification as bonsai professional by the Nippon Bonsai Association. Today he is a rising young star on the bonsai scene and in demand all over the world for his bonsai artistry and insights. He says he travels about eight months a year, a grueling schedule that should ease as he develops his U.S.-based business.

When we caught up with Bjorn he was working on a Scots pine (Pinus sylvestris) in the Matthaei-Nichols collection, slowly wrapping wire around the branches to help reshape the tree. He got hooked on bonsai after watching Karate Kid at the age of 12. His first tree was a Home Depot bonsai given to him by his parents. “It was dead within two weeks,” he laughs, recalling his early efforts. His next tree, a Ficus, lasted for 10 years before he sold it.

Bjorn sees a flourishing American interest in bonsai right now, even if that interest is still quite young by bonsai standards. Americans began to discover bonsai after World War II. Today the art of bonsai is more developed on the West Coast of America, according to Bjorn. even as a true American style has yet to emerge, he says. And while he’s not actively seeking an American style Bjorn believes such a style is something that will emerge over time.

As he talked Bjorn meticulously pruned and wired the pine he was working on. He pointed out what he called internal flaws in the branches created by previous caretakers of the tree. It takes patience, planning, and foresight to care for and shape a plant. Time is one of the most important elements in successful bonsai. Bjorn noted that a tree needs five to six years of dedicated work before the bonsai artist’s efforts in careful management begin to bear fruit. With the right skill and care a bonsai tree may live for hundreds of years—a living, always changing work of art.

Be sure to visit the Bonsai & Penjing Garden at Matthaei. This outdoor garden is open spring through fall and features handcrafted spaces and up to two dozen bonsai on display from our growing collection that now numbers more than 70 plants. There’s also a rotating display of two to three bonsai in the temperate house of the conservatory at Matthaei. Free admission to both spaces. 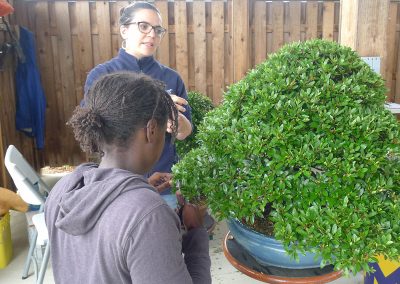 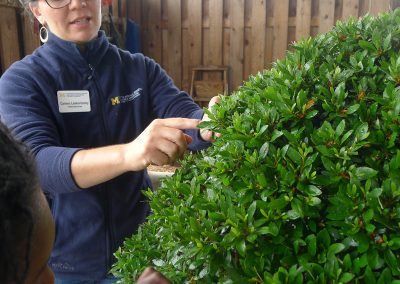 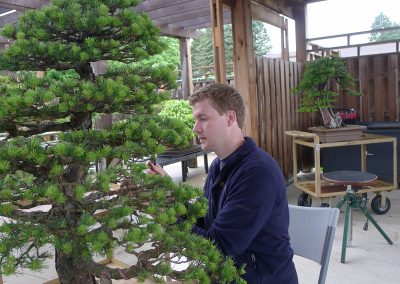 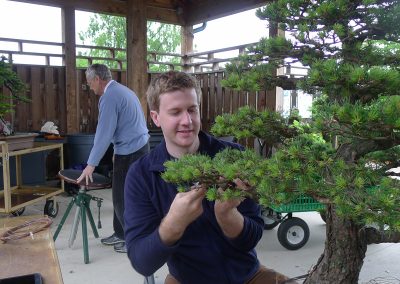 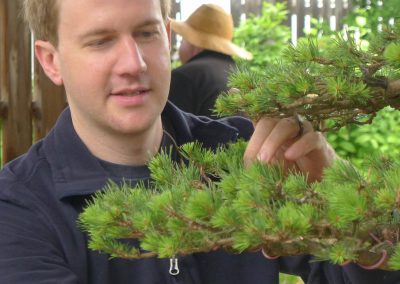 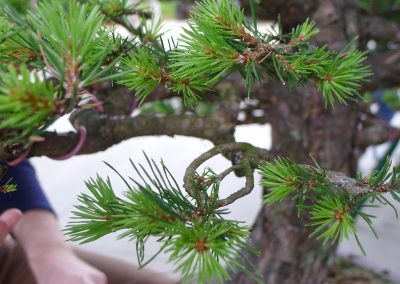 Bjorn Bjorholm was working on this Scots pine during his visit. He was trying to improve on previous work on the tree. 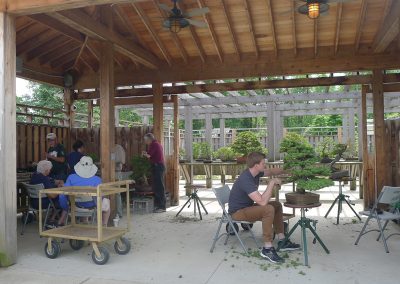 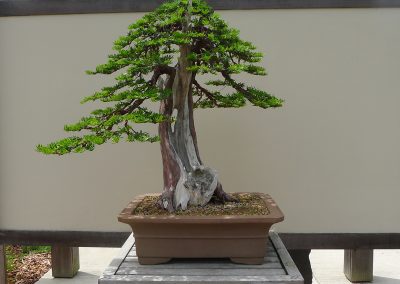 The Japanese yew in the Matthaei-Nichols collection. 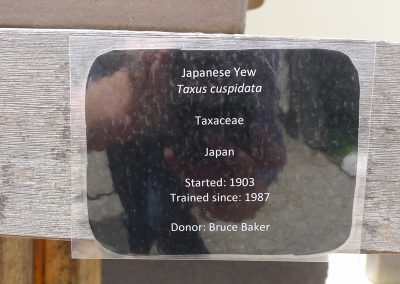 The label on the Japanese yew. 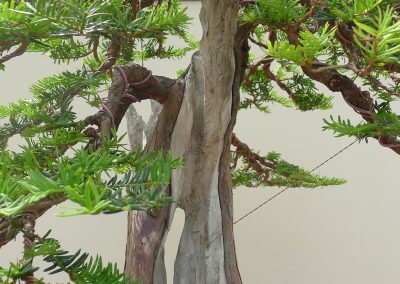 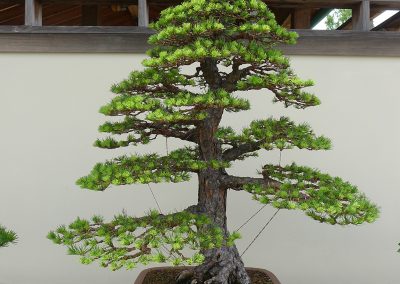 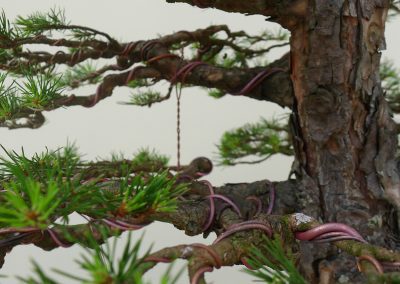 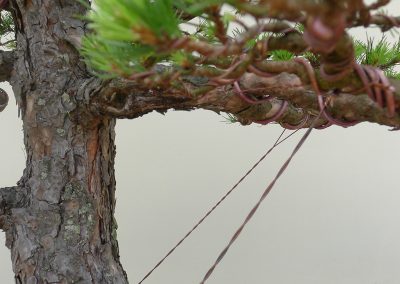