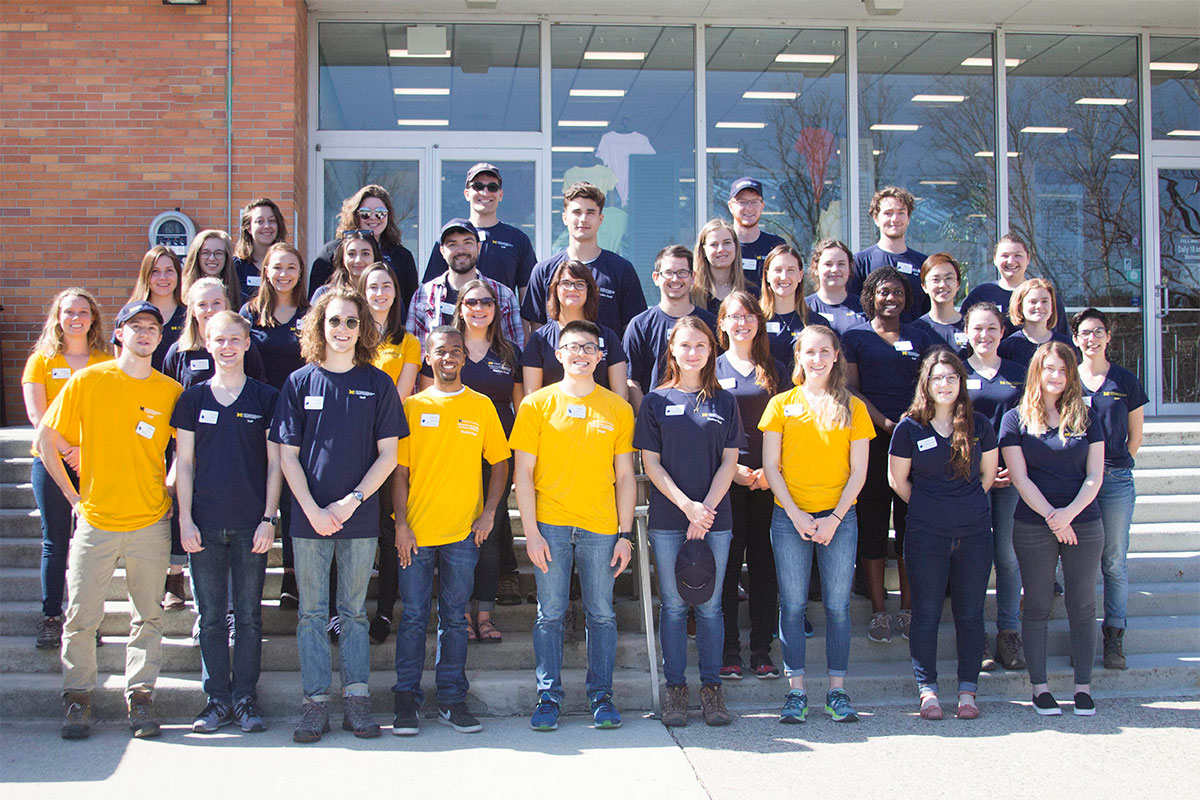 At a special training May 3,

the 2018 Nature Academy interns at Matthaei Botanical Gardens & Nichols Arborertum learned about the projects they’ll work on this summer. When they pick their projects, the interns will cap the summer with a poster about the project as well as a blog post on this website about the project. We’re also giving them the option to participate in creating Instagram stories. To prep for the Instagram story we turned them loose in the garden spaces and natural areas at Matthaei to capture nature. Here’s a gallery of their photos. Stay tuned for more as the summer progresses. 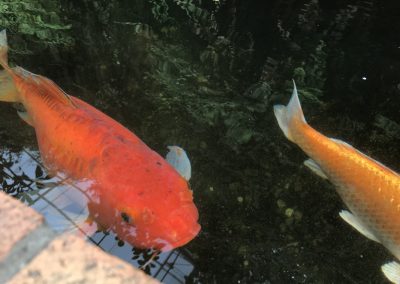 The brilliantly colored koi in the pond at the conservatory at Matthaei are always one of the most popular sights for visitors. Koi are colored varieties of Amur carp (Cyprinus rubrofuscus). 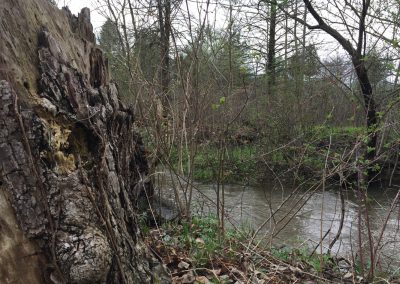 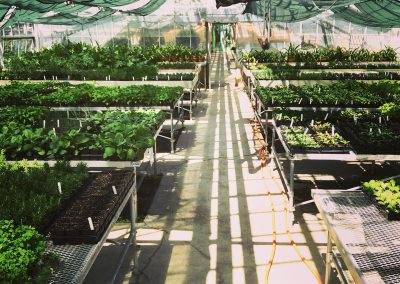 Greenhouse 3 at Matthaei by Casey Haggerty

A photo of Greenhouse 3 at Matthaei. Greenhouse 3 is where our plant sales are located. On the left side of the photo are plants being grown for the May 19&20 Kitchen Favorites sale at Matthaei. The sale is a fundraiser for the Campus Farm and U-M Sustainable Food Program. 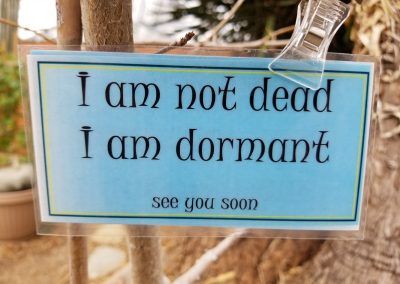 The meaning of signs

This sign is on a fig tree in the conservatory at Matthaei Botanical Gardens. Visitors may wonder why the tree has no leaves and the sign lets them know it’s only dormant. 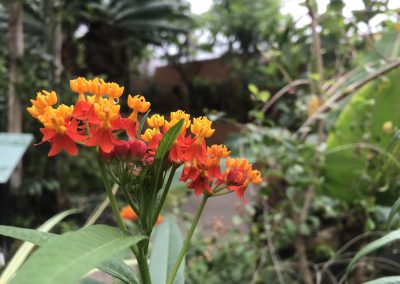 Tropical butterfly weed in the conservatory by Santiago Bukovsky 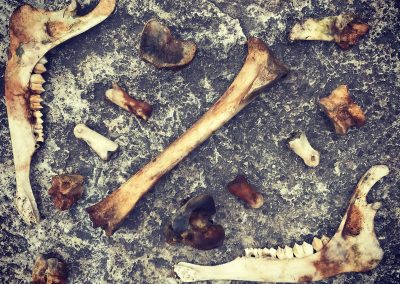 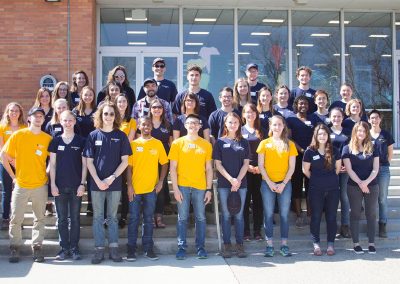 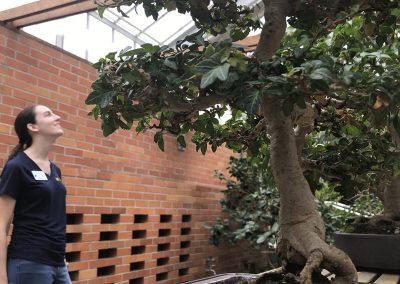 Big bonsai, small person? It’s all a matter of perspective in this photo of an intern standing in front of a bonsai in the conservatory at Matthaei Botanical Gardens. 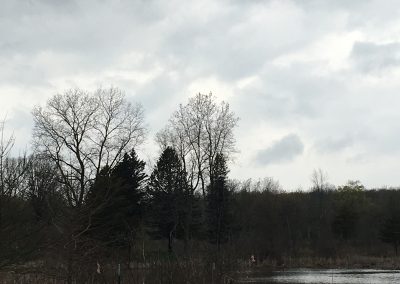 Coming in for a landing by Franny MeLampy 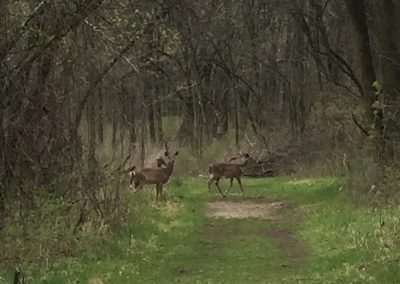 Deer on the path by Kevin Bechard 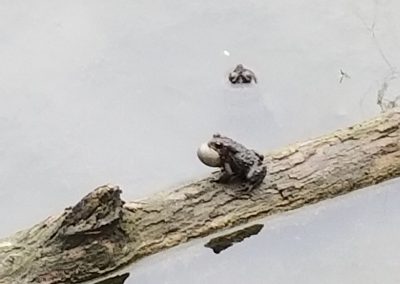 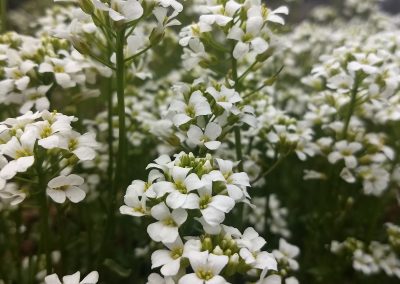 Intern Kayla Wanous took this pic of garlic mustard in full bloom. Later this summer Kayla and the other interns will likely be helping to remove this invasive plant at Matthaei and the Arboretum. 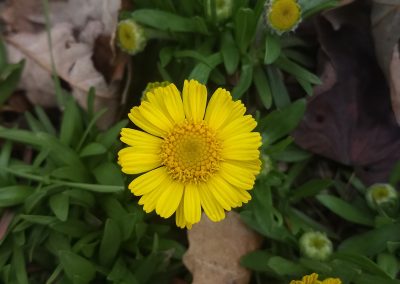 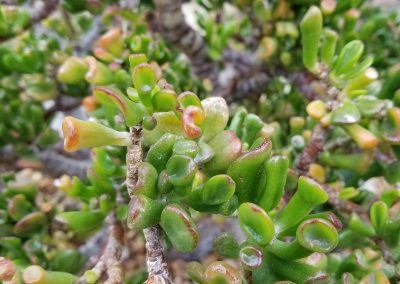 This succulent grows in the Marie Azary Rock Garden at Matthaei Botanical Gardens. The garden features plants that are adapted to growing in extreme conditions such as those found in rocky areas where there may be very little rain and not a lot of soil. 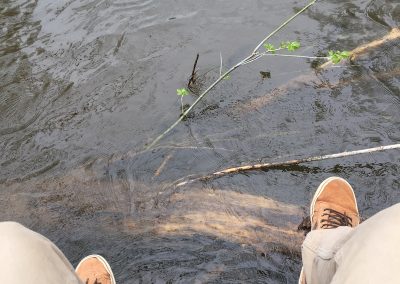 Over the water by Kevin Bechard 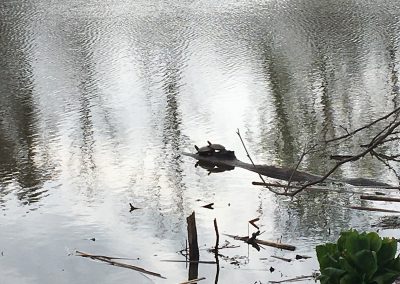 Intern Franny MeLampy found these turtles sunning on branches in Willow Pond at Matthaei Botanical Gardens. The turtles climbed up on structures made from the branches of invasive plants removed by the 2017 interns, who created the turtle sunning spots as part of their intern project. 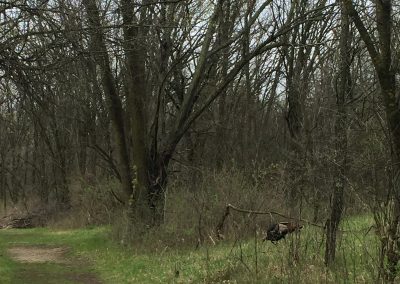 Turkey are a regular sight at Matthaei Botanical Gardens. These North American native birds often travel in packs in the woods and along the trails at Matthaei.