Garden coordinator Doug Conley and collections and natural areas specialist Carmen Leskoviansky spoke about their work in the peony garden this spring, looking ahead to the 100 Years in Bloom celebration, as well as the next 100 years for the garden.

In 2009, Leskoviansky worked full time in the peony garden. Her tasks ranged widely, from on-the-ground care to hosting tours of the garden to networking with the peony community.  The first meeting of the Peony Advisory Council, a group of peony growers and people from the American Peony Society, was hosted by Leskoviansky and curator David Michener in 2009.

“The biggest priority then was reestablishing the garden as a historic collection. Identifying the peonies that were in the garden, researching and procuring historic cultivars that we wanted to include, and raising awareness of the project we were doing.” Leskoviansky said, when asked what goals fueled past work in the peony garden. 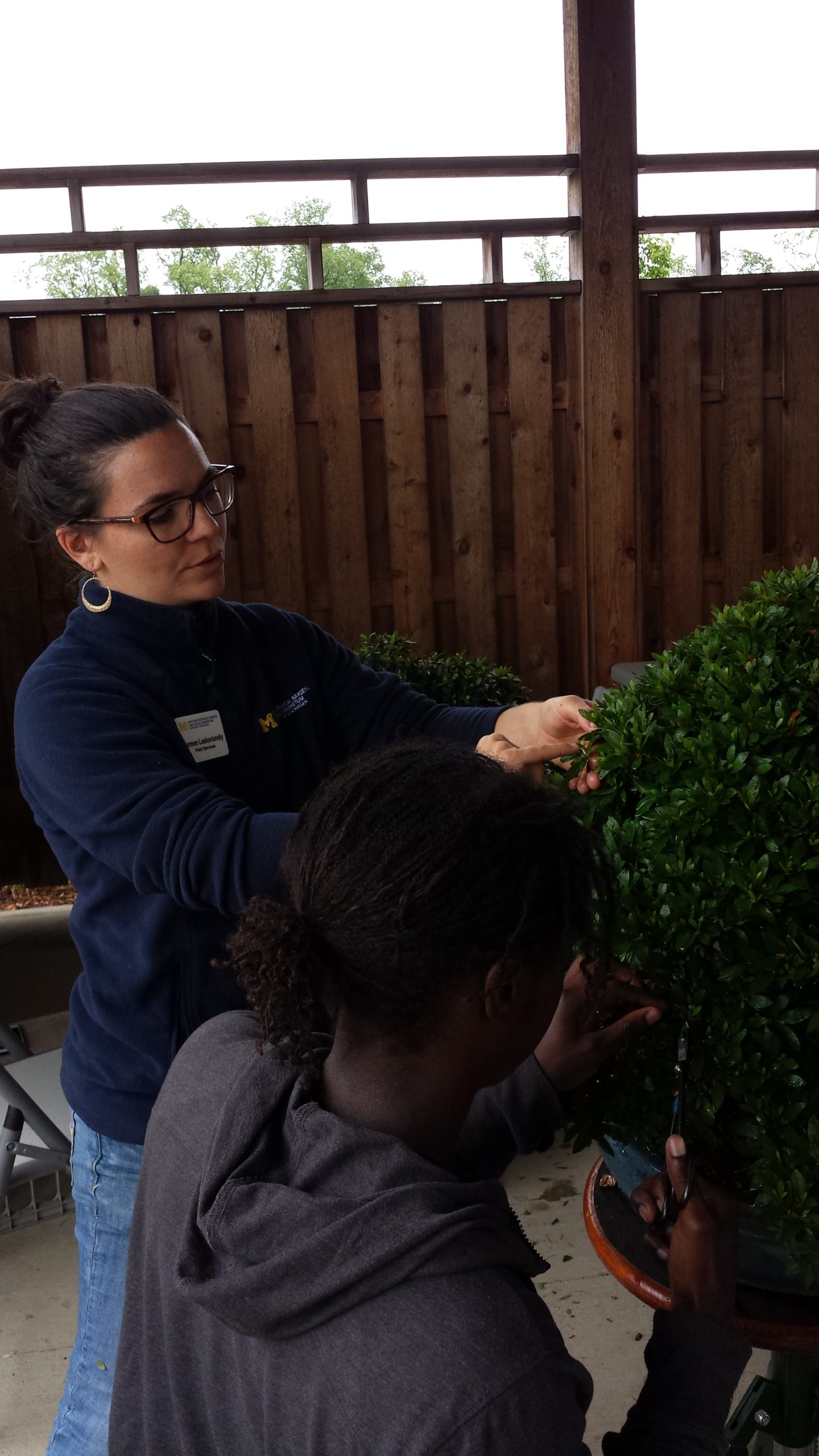 Collections and natural areas specialist Carmen Leskoviansky tends to a bonsai tree at a 2018 speaker event.

“Physical work in the peony garden is seasonal,” answered collections and natural areas specialist Leskoviansky, when asked how staff have cared for the garden over the years.

The peony garden’s busy season is now–spring. Staff at MBGNA have ramped up work in the garden to prepare for the herbaceous peonies’ bloom season. Weeding, mulching, edging, “staking peonies that we know will fall over under the weight of their blooms,” Leskoviansky added.

These tasks are crucial as MBGNA looks forward to welcoming visitors to the 100th bloom of the peony garden. Thankfully, staff, volunteers, and interns have all pitched in to beautify the space.

“For the 2022 gardening season, we have 31 volunteers who put in efforts to weed and care for the peony garden alongside the leadership of Sarah Gizzi, Peony Fellow.” Volunteer coordinator Christine Chessler-Stull said.

Volunteers work in the peony garden all year round–read about UM’s Cross Country team lending their time to the space last fall. 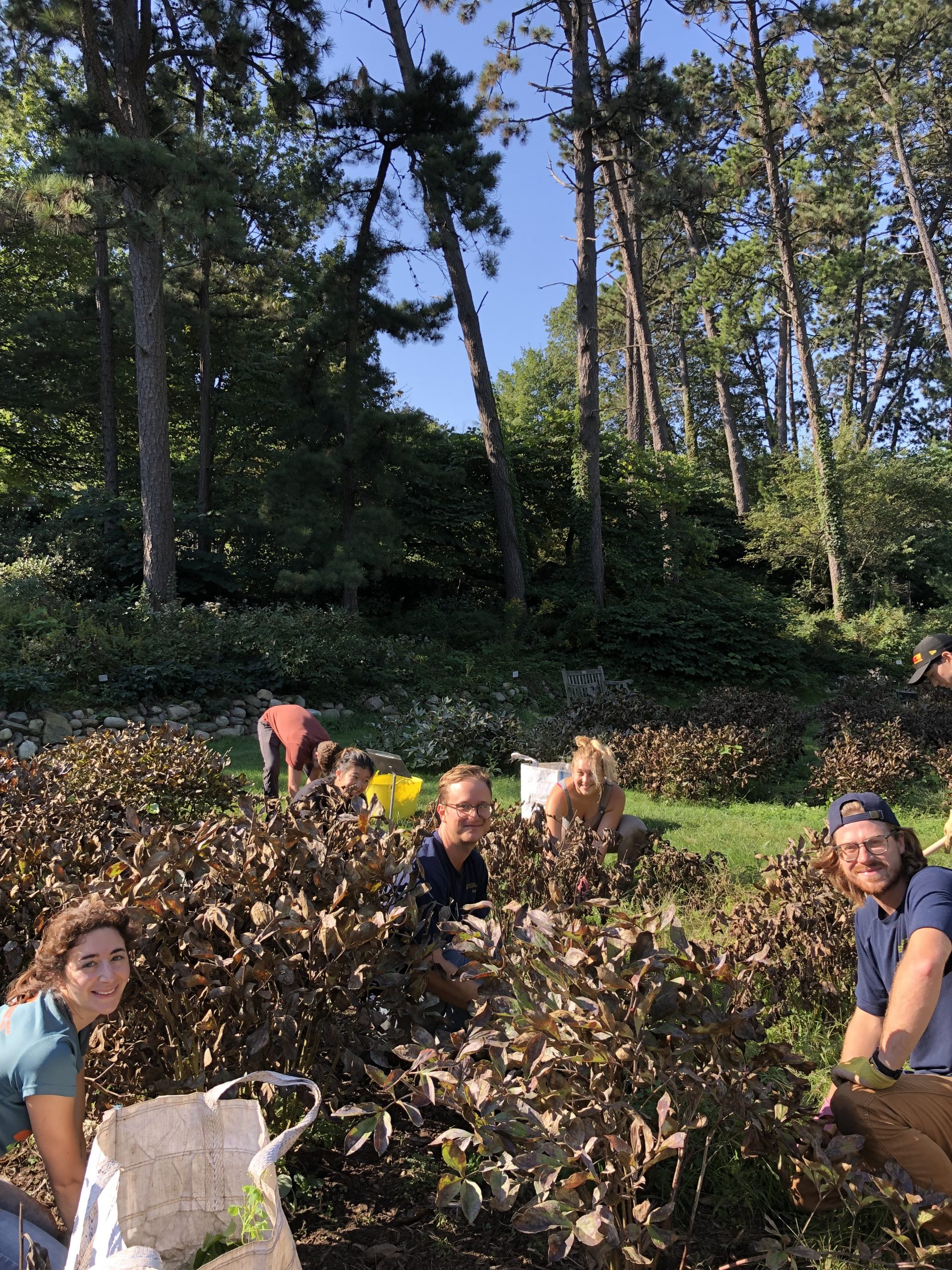 Volunteers pose as they cut down the peonies in the fall. Photo: Christine Chessler-Stull. 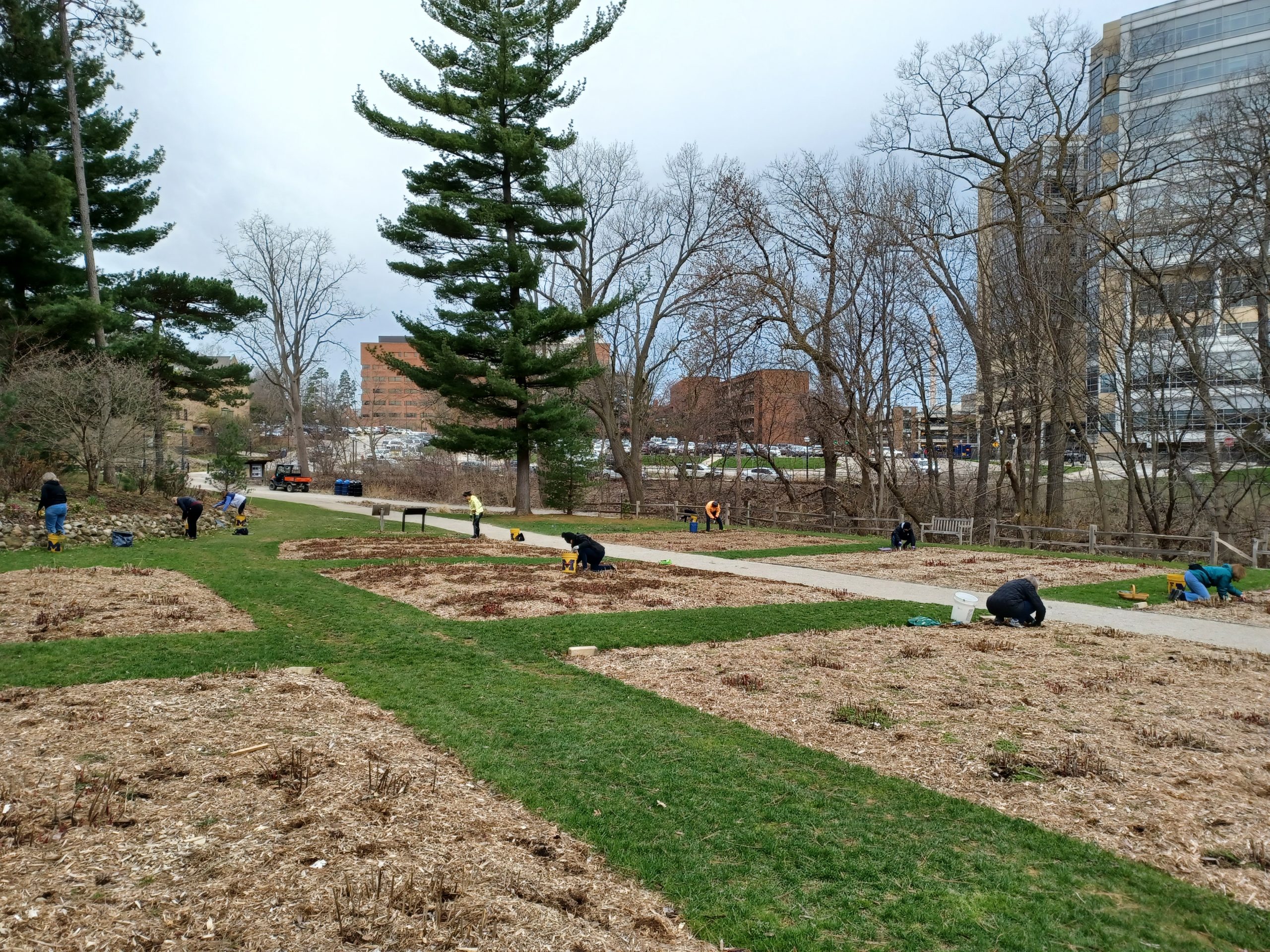 “This celebration is an opportunity for us to engage a lot of people to share a space.” Garden coordinator Conley said. “We’re reflecting on the past as well as imagining what the next 100 years could hold for the peony garden. That’s what is exciting to me–we are seeing how investing in something [like the peony garden] can reap real rewards.”

Conley has been with Matthaei-Nichols since 2018. With over 30 years of experience in public gardens, he brings a seasoned perspective as MBGNA shifts the narrative around the purpose of the peony garden, and natural spaces at large.

“The proximity of the peony garden and Nichols Arboretum is notable. People from UM are using it for research and beauty, but also for their own well-being, for self-care, specifically during the pandemic. It’s a space for people to find nature and connect with nature and themselves.” Conley said. 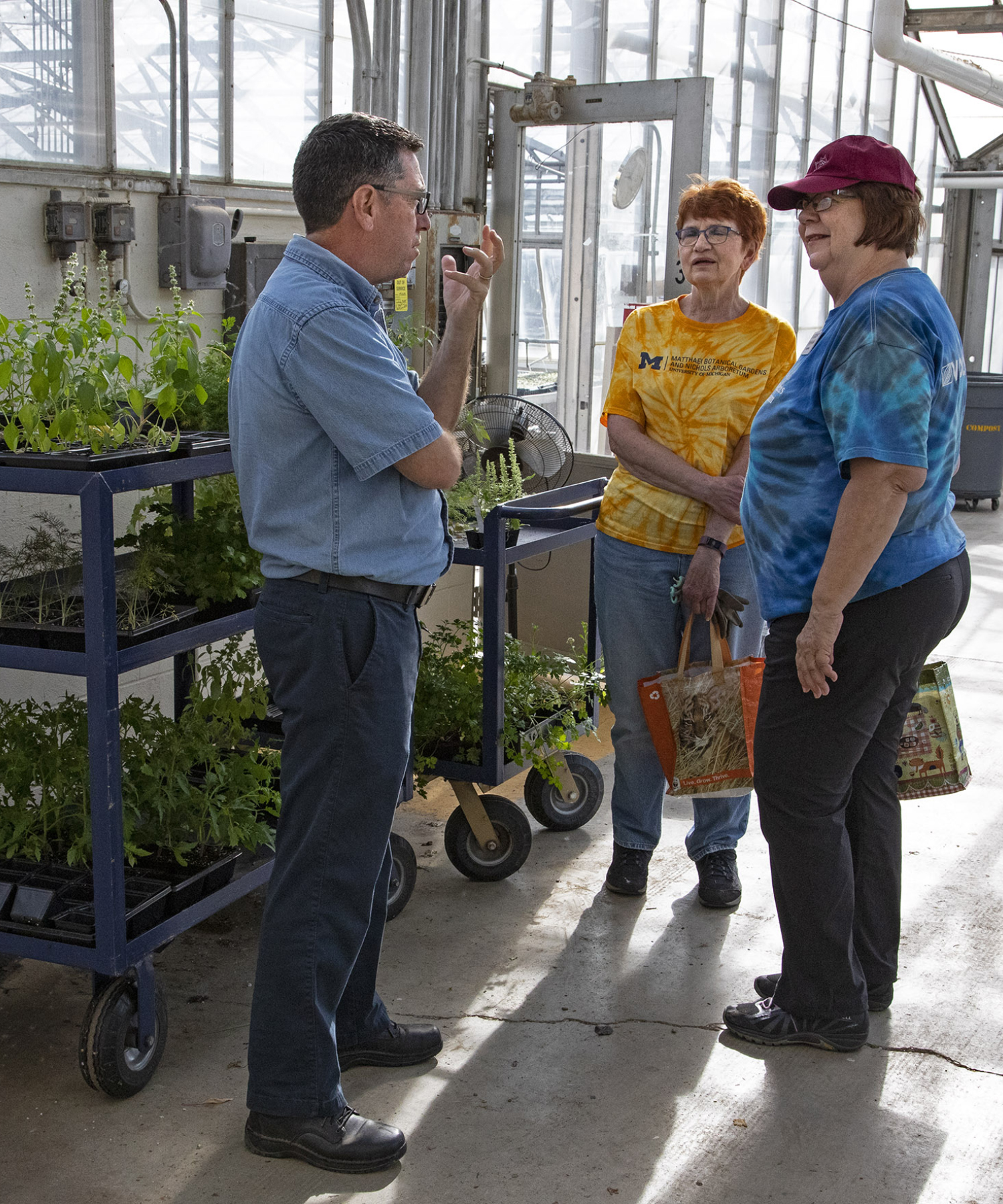 Garden coordinator Doug Conley advises two volunteers as they work in the greenhouses.

The peony garden has sat at the Washington Heights entrance to the Arb since its inception in 1922. Adjacent to the CS Mott Children’s Hospital and the University Hospital, Nichols Arboretum offers an accessible immersion into nature for the communities of Ann Arbor.

“It does have this moment when folks gather and it becomes a peak destination. There is an exuberance to the garden…when the peonies pop no one sees anything else.” Conley continued. The peony garden is best enjoyed in the spring and summer, when its lawn as well as the surrounding trails are in bloom. 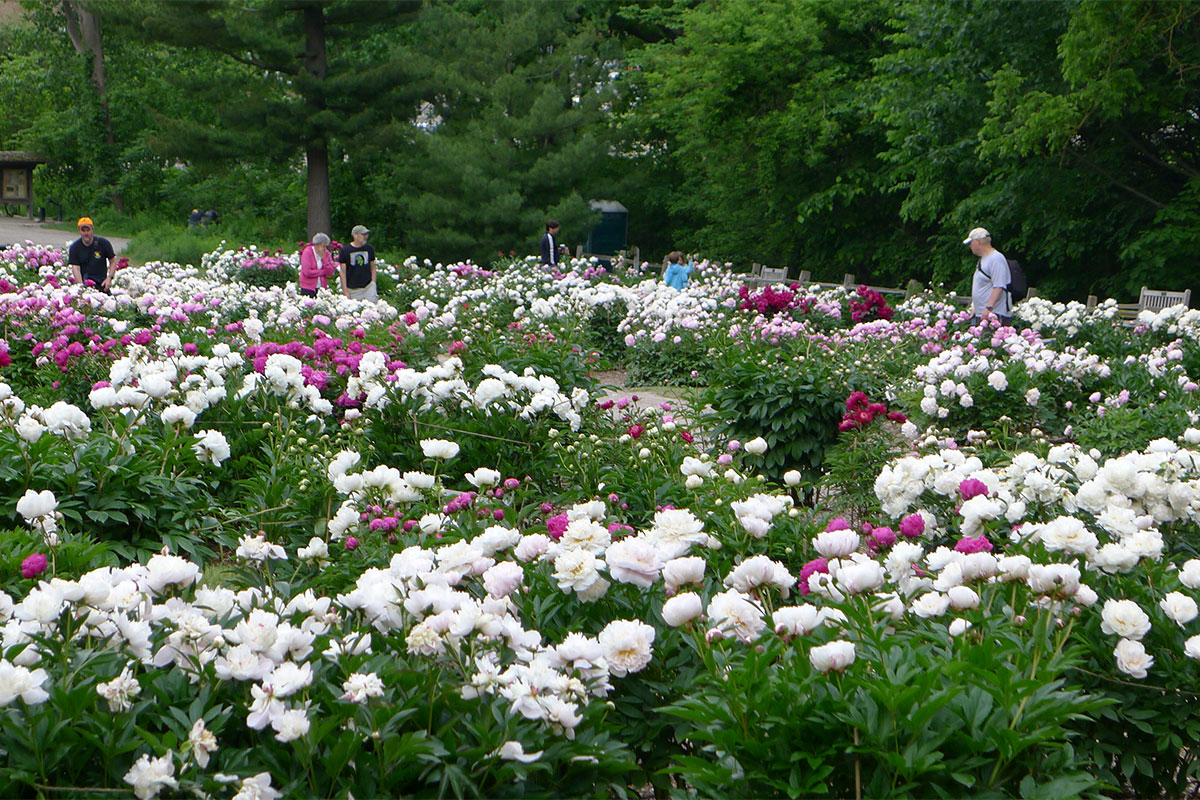 Conley noted his appreciation for tree peonies, when asked about his favorites in the garden. 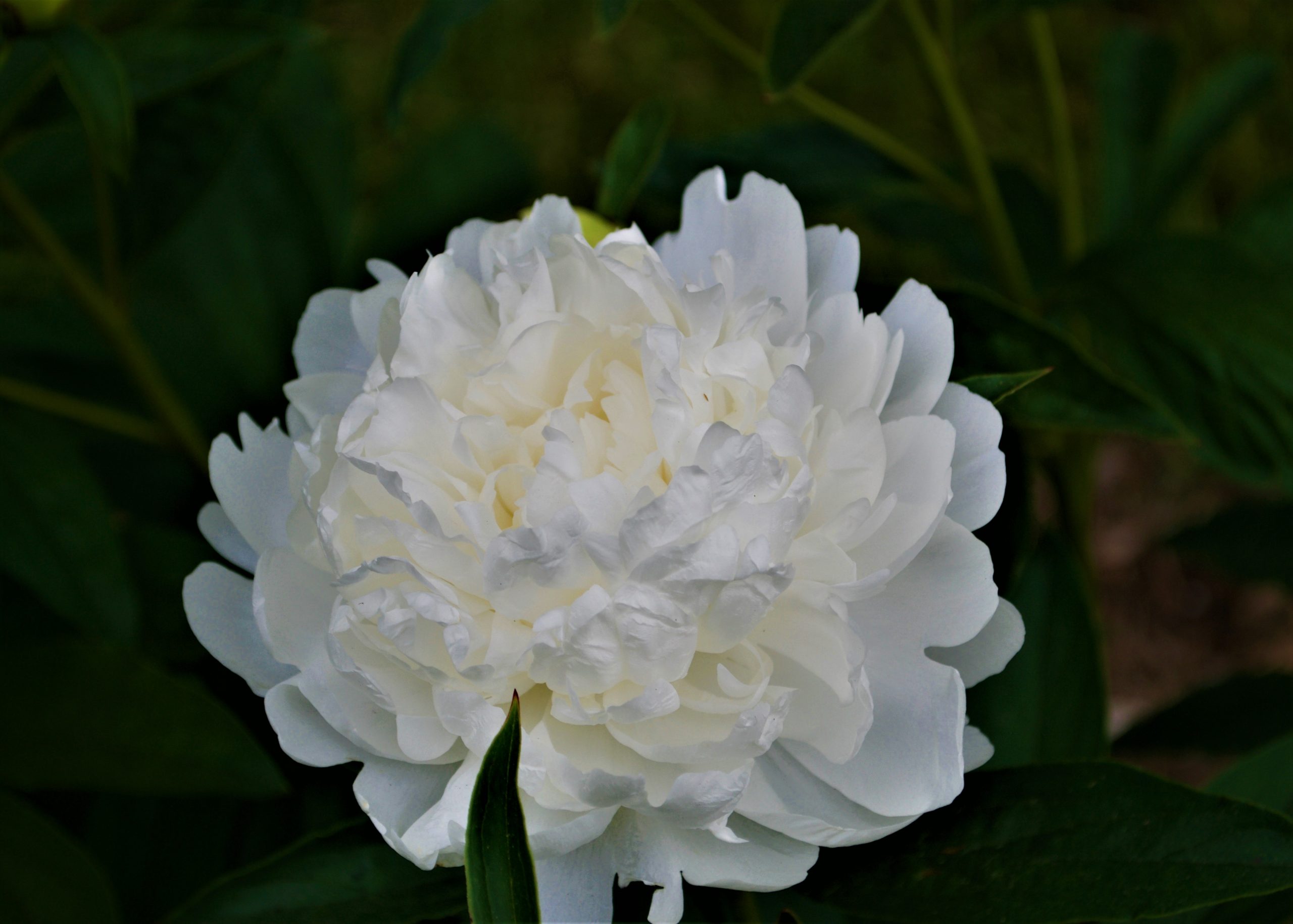 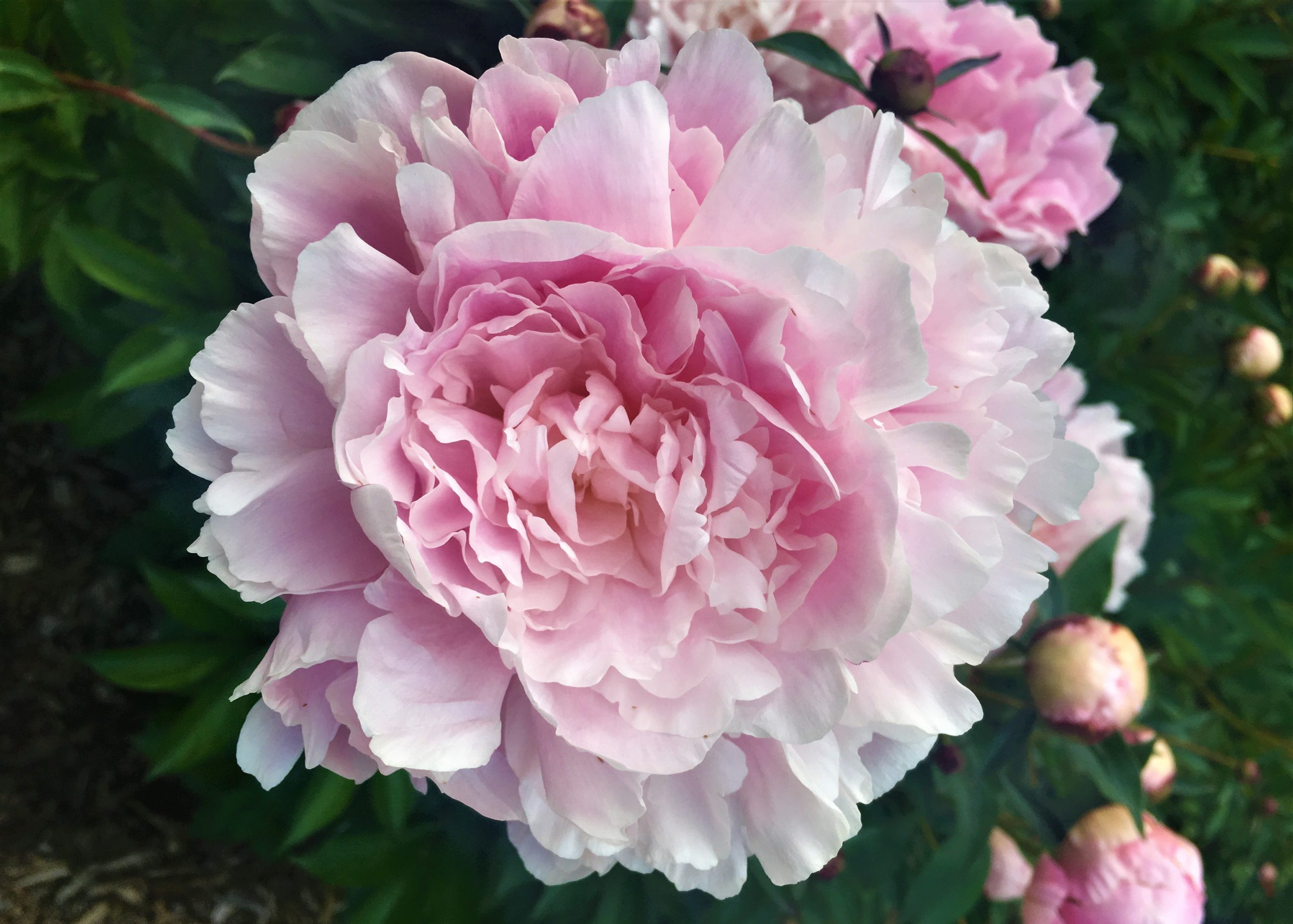 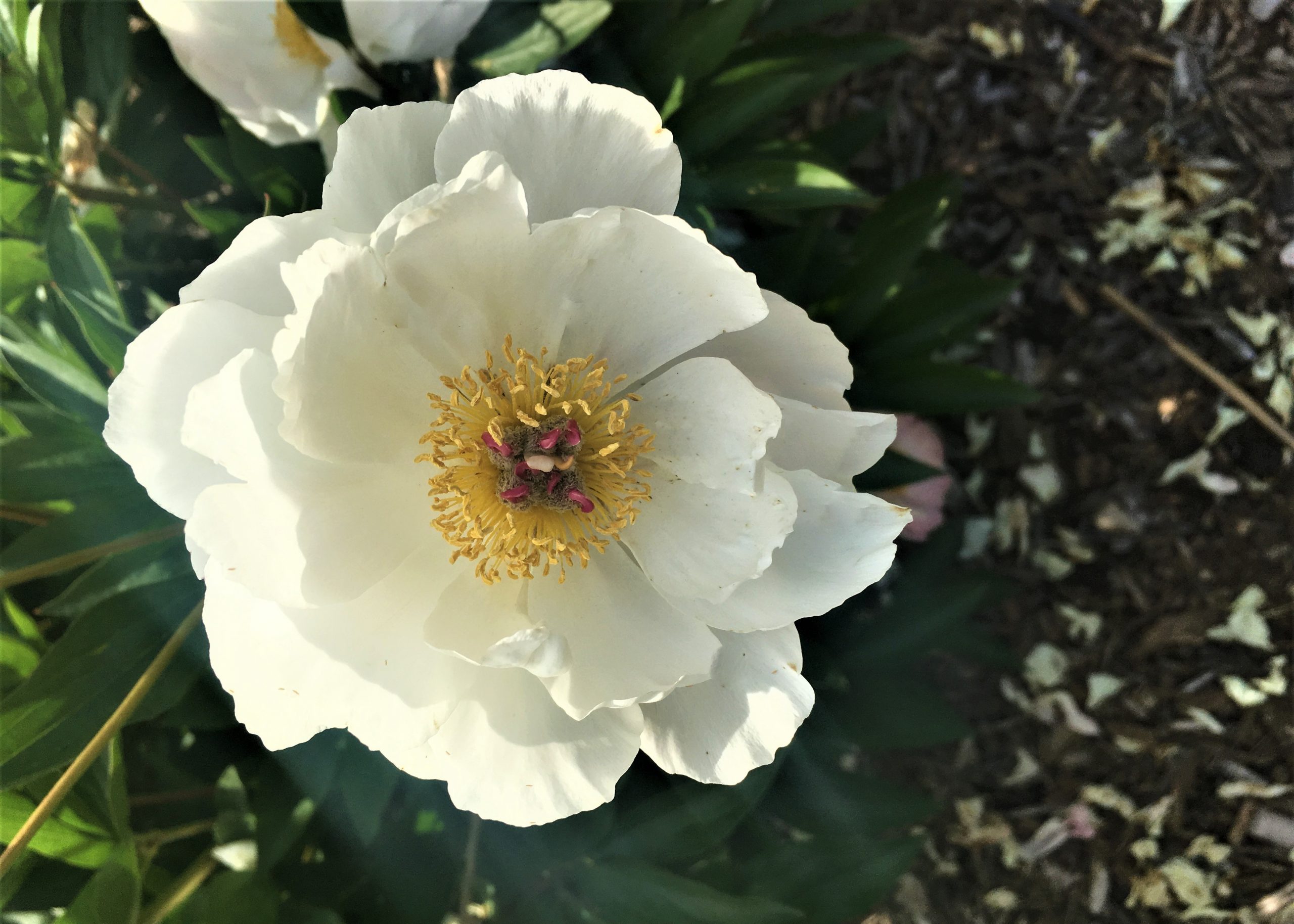 The tree peonies along the ridge of the peony garden are at peak bloom, according to peony fellow Sarah Gizzi. The herbaceous varieties need a week or two–just in time for our 100 Years in Bloom celebration!

Join us June 4th – 5th for a variety of activities, as well as the 100th bloom of the peony garden at Nichols Arboretum!