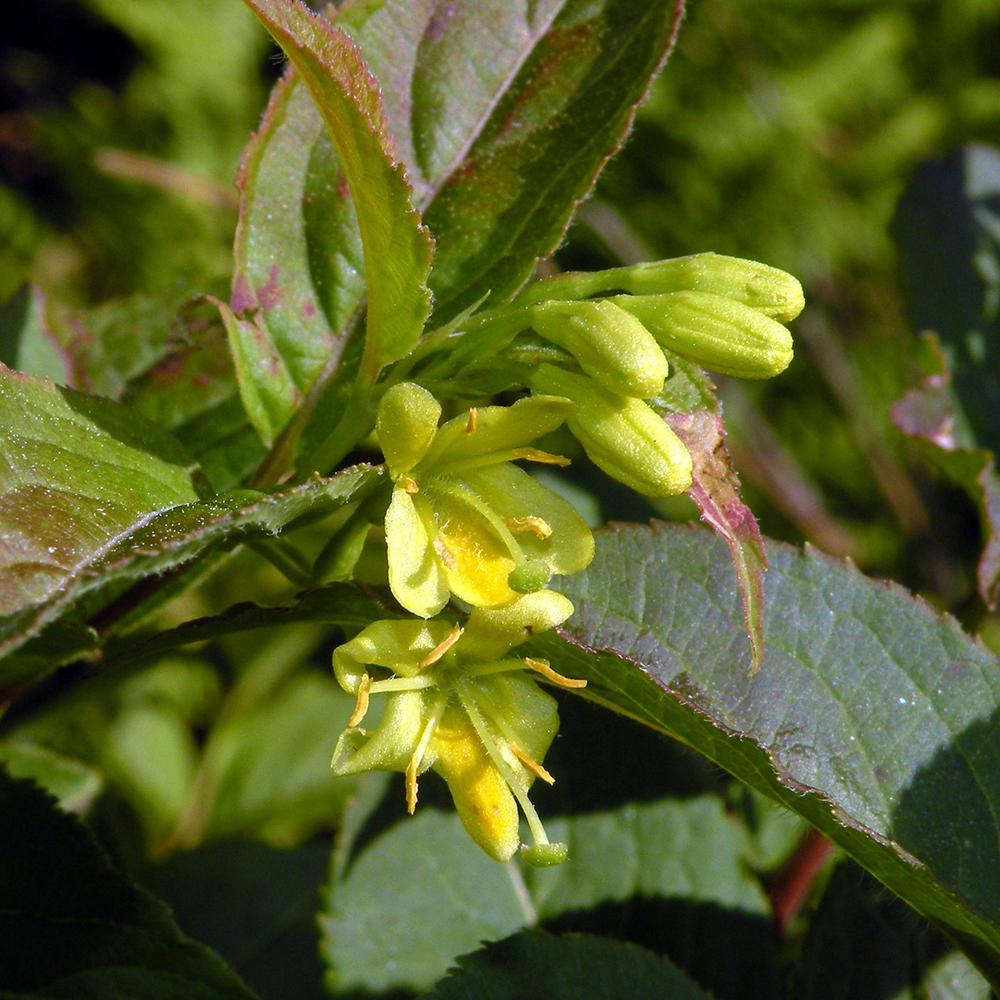 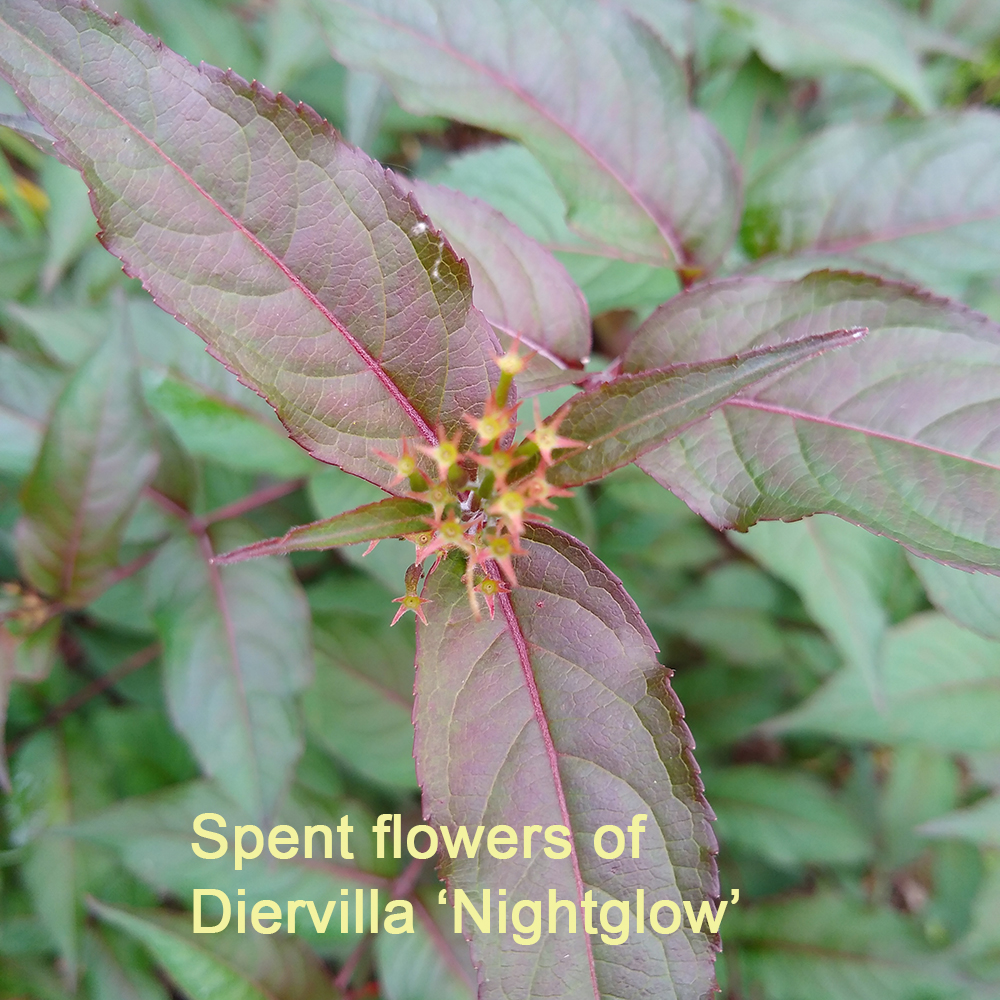 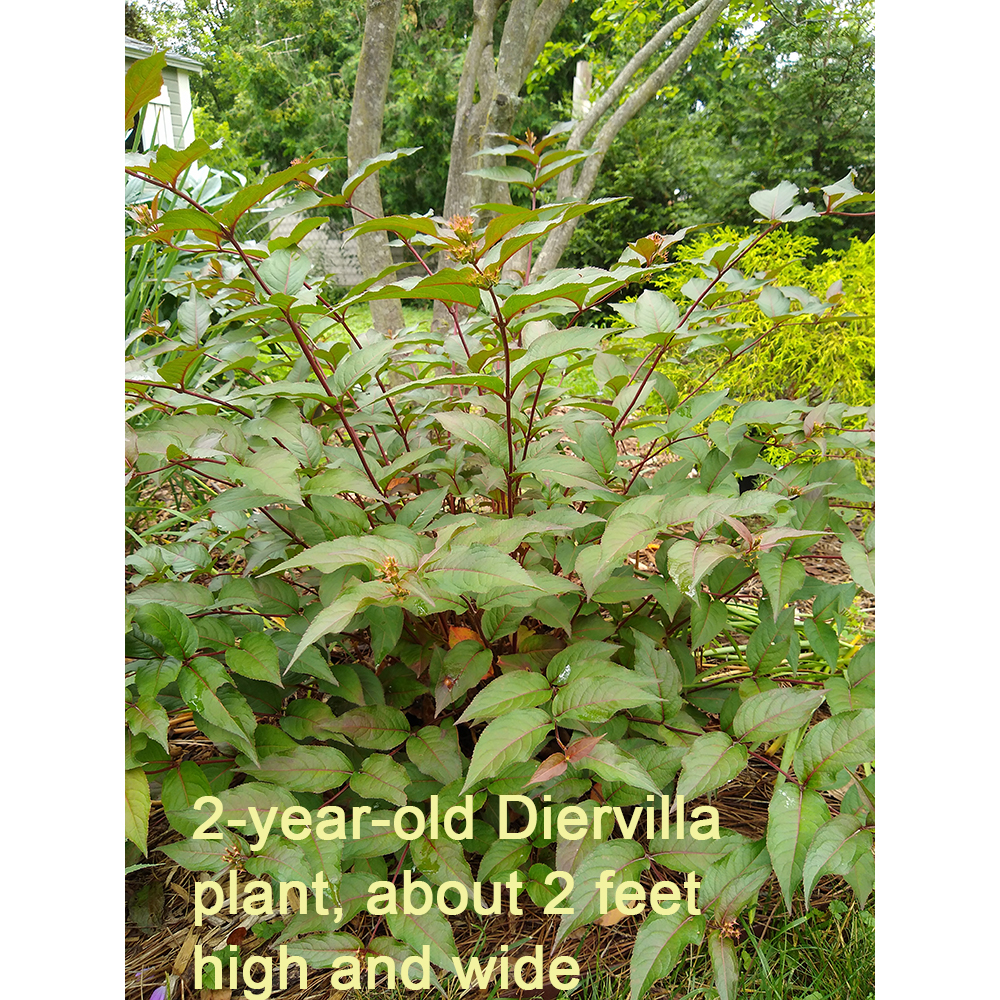 A 2-year-old Diervilla ‘Nightglow,’ about 2 feet wide by 2 feet high.

Time to plant a honeysuckle in your garden? Yes, but not the invasive ones. This is Diervilla lonicera, hardy in zones 4-7 and native to eastern North America from the Maritimes to Saskatchewan and south to Iowa and North Carolina. In Michigan D. lonicera has been observed in most counties in the Lower Peninsula and all of the UP, according to the University of Michigan Herbarium.

Diervilla’s no showstopper—more like a supporting cast member but deserving no less attention for its foliage, understated flowers, and ecosystem functions such as nectar for bumblebees in particular and as a food plant for a species of clearwing hummingbird moth.

Northern bush honeysuckle’s leaves emerge coppery, turning green but often still showing tinges later in the season of their earlier flush. In fall leaves turn yellow and then reddish-orange. Flowers appear greenish-yellow at first but post-pollination change to deeper yellow and then orange-red.. 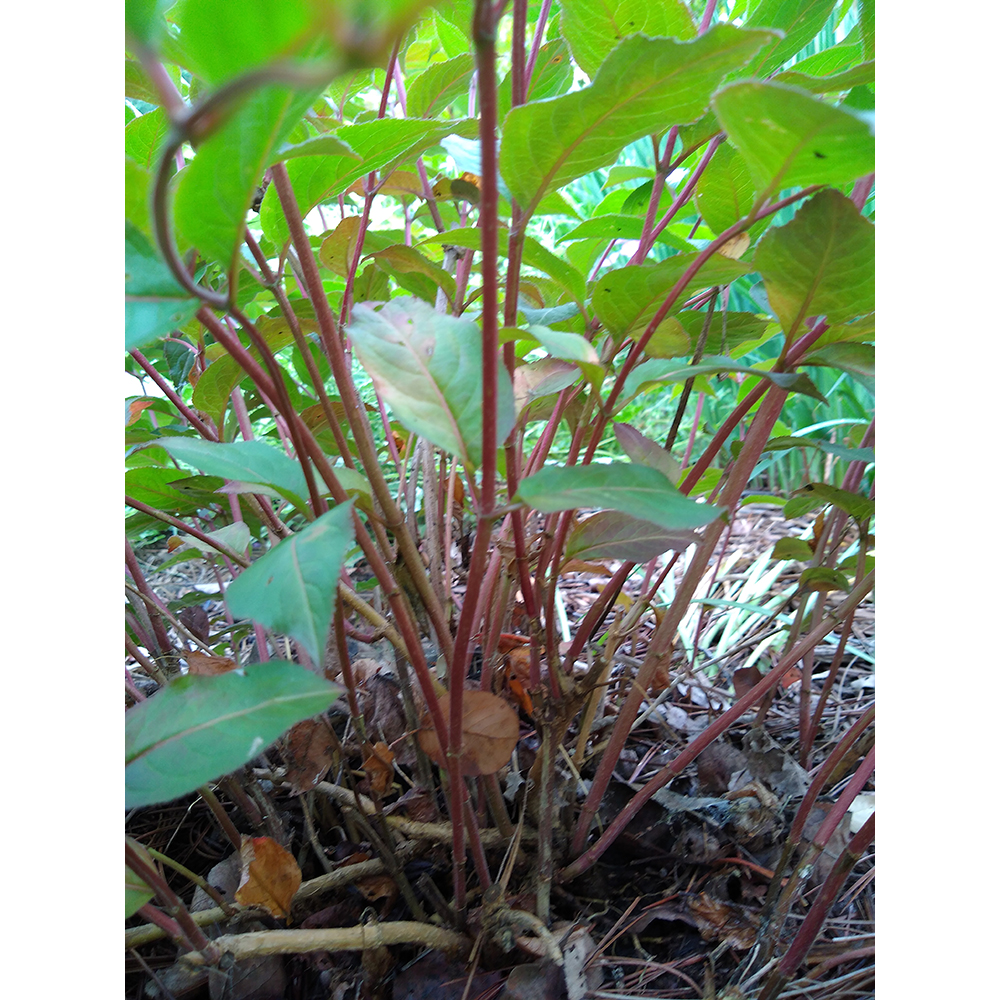 Diervilla ‘Nightglow’ stems seen from below. 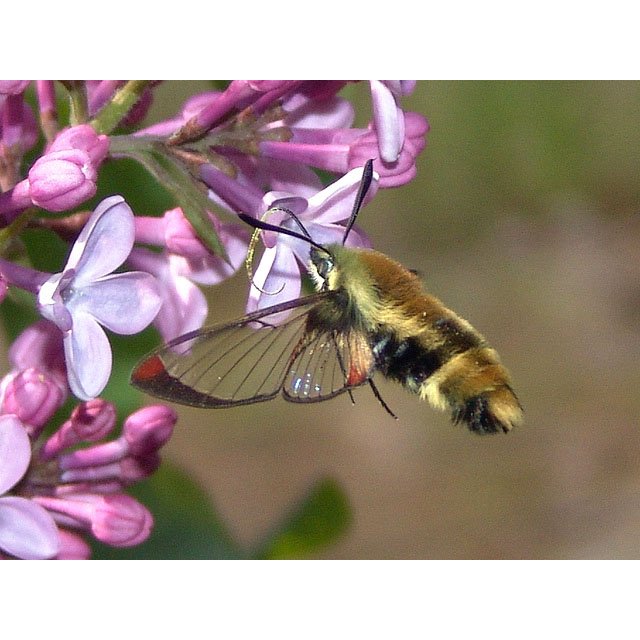 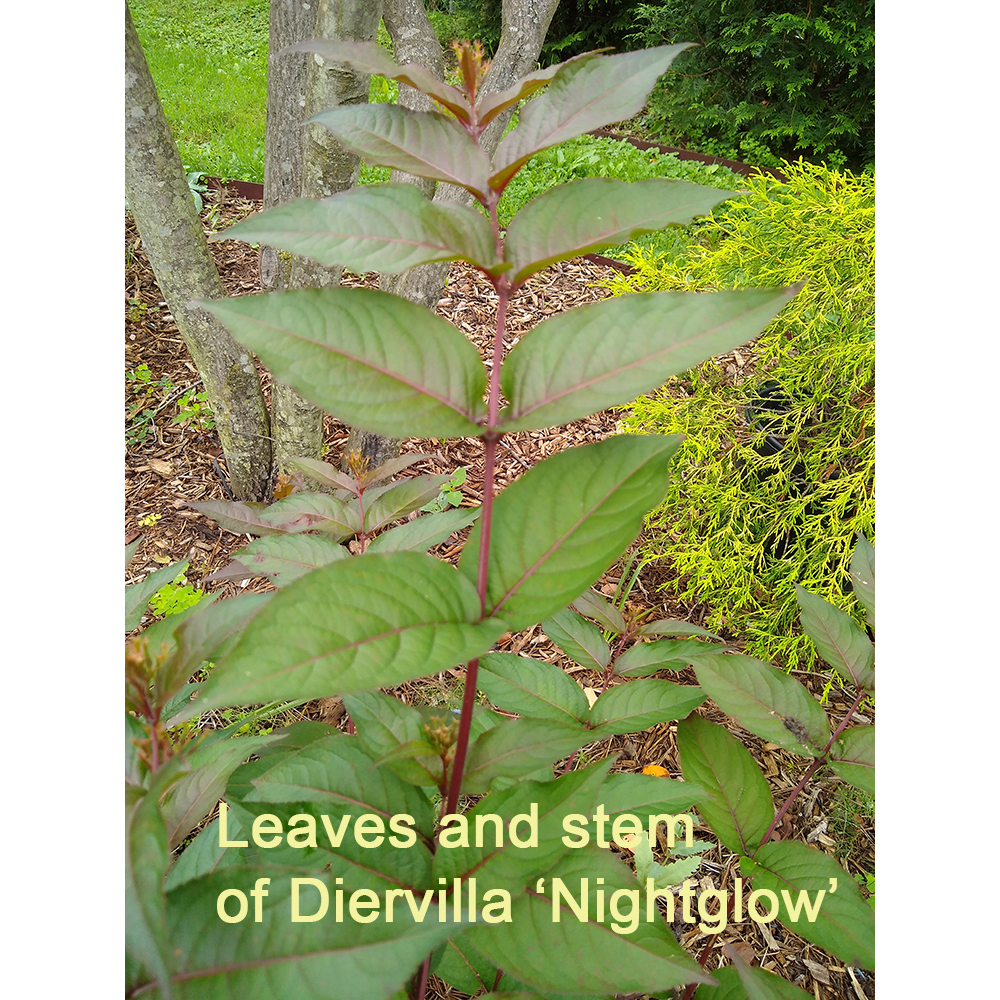 A stem with leaves of Diervilla ‘Nightglow.’

The native D. lonicera tolerates drought and shade but is happy enough in a range of soils and conditions, so it’s good for naturalizing. What’s not completely clear with the cultivars is how well they’ll perform in dry-shade conditions. Those cultivars are a cross between the native northern (D. lonicera) and southern (D. sessilifolia) U.S. species. It’s called Diervilla x splendens, a name published in 1853 that has given rise to a number of cultivars with “reddish new growth and compact habits,” according to the Chicago Botanic Garden.

Interestingly, D. lonicera is also the food plant for the larvae of Hemaris aethra, a species of clearwing moth. H. aethra itself was only recently reinstated as a distinct species from H. diffinis, and both moths resemble each other so closely that it’s hard to tell them apart. This lively moth flies like a hummingbird and is a fairly common sight in the summer in Michigan. Always nice to invite a native plant and a very cool lepidopteron into your garden!