Native Plant of the Week: Jack-in-the-pulpit 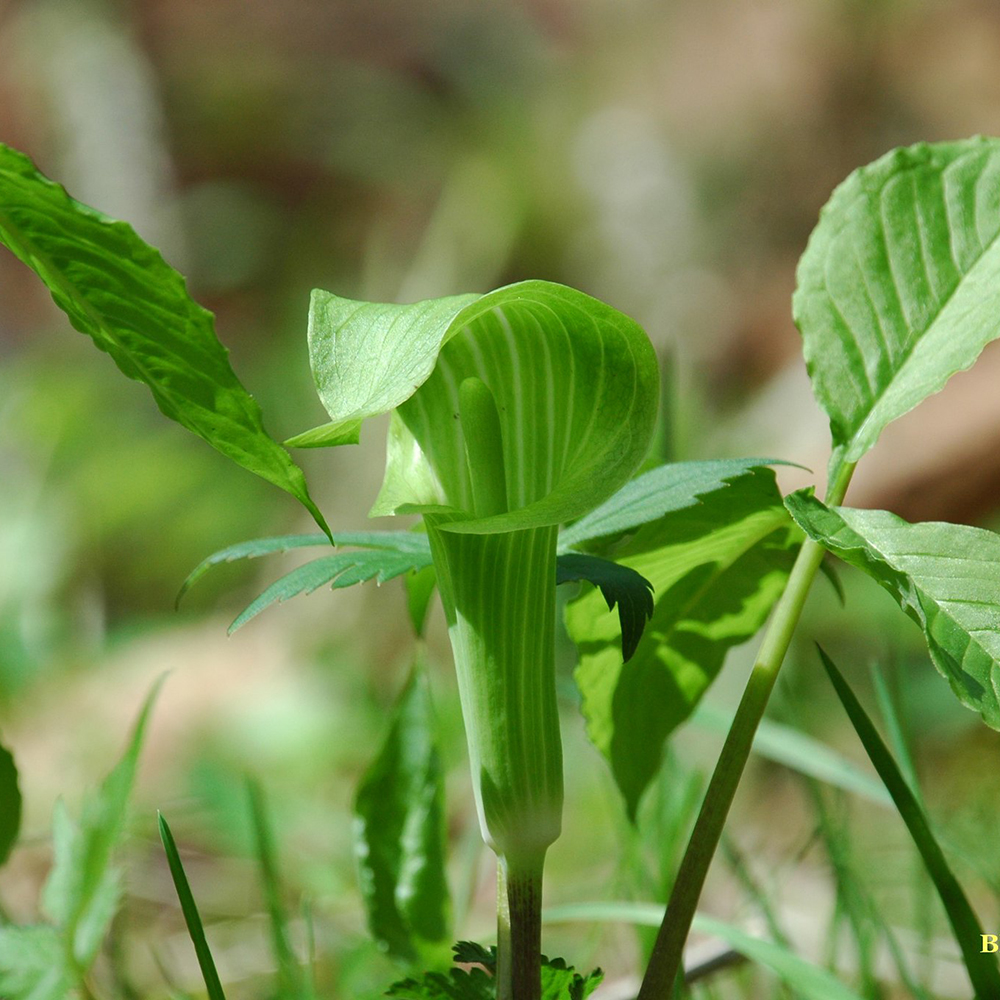 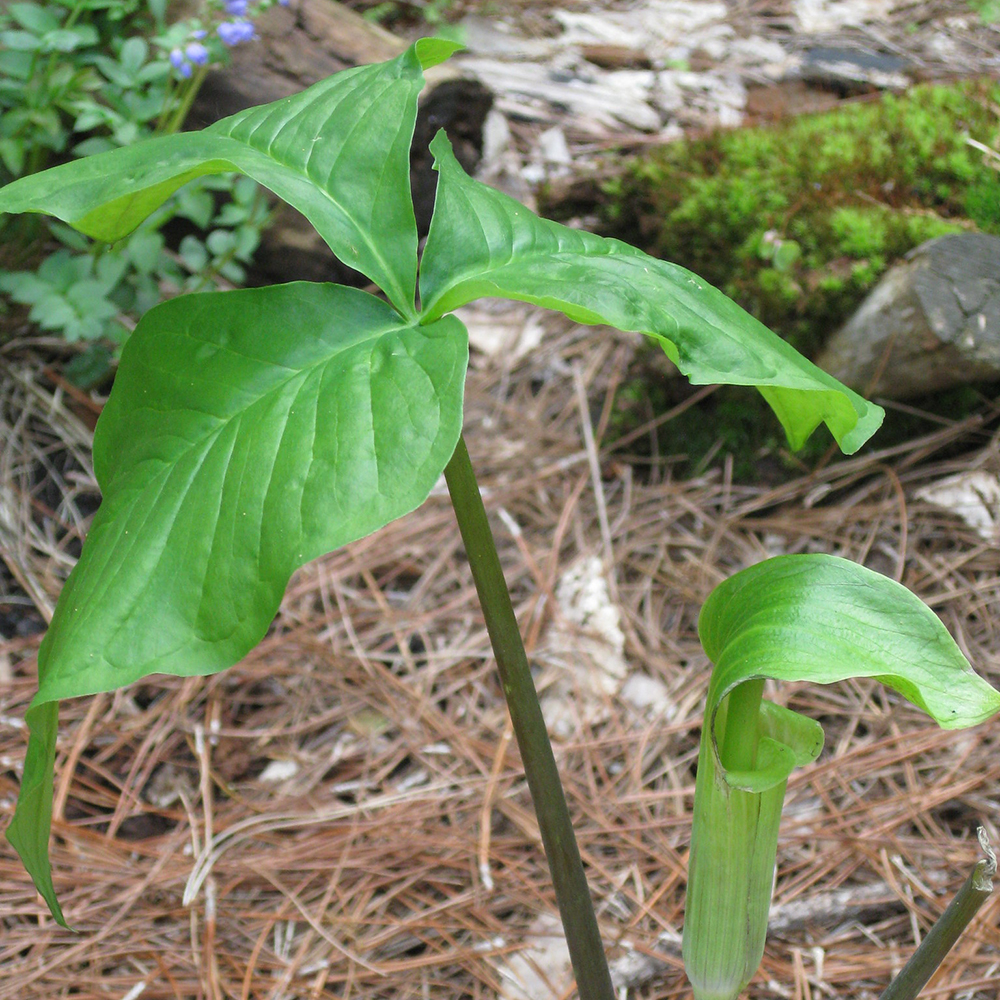 Each week we showcase a plant that’s native to the continental United States. This week’s plant is Jack-in-the-pulpit (Arisaema triphyllum).

This striking plant is a great addition to a shady spot in your garden. Jack-in-the-pulpit is known regionally by such folk-inspired names as bog onion, brown dragon, wild turnip, and many more. It grows in eastern North America, from the Maritime provinces west to Manitoba, south to Texas, and east to Florida.

A. triphyllum belongs to the same plant family that gives us the notorious corpse lily of stinking-flower fame. Some accounts of Jack-in-the-pulpit suggest that it gives off a faint odor of stagnant water or mushrooms (no personal experience of that yet). 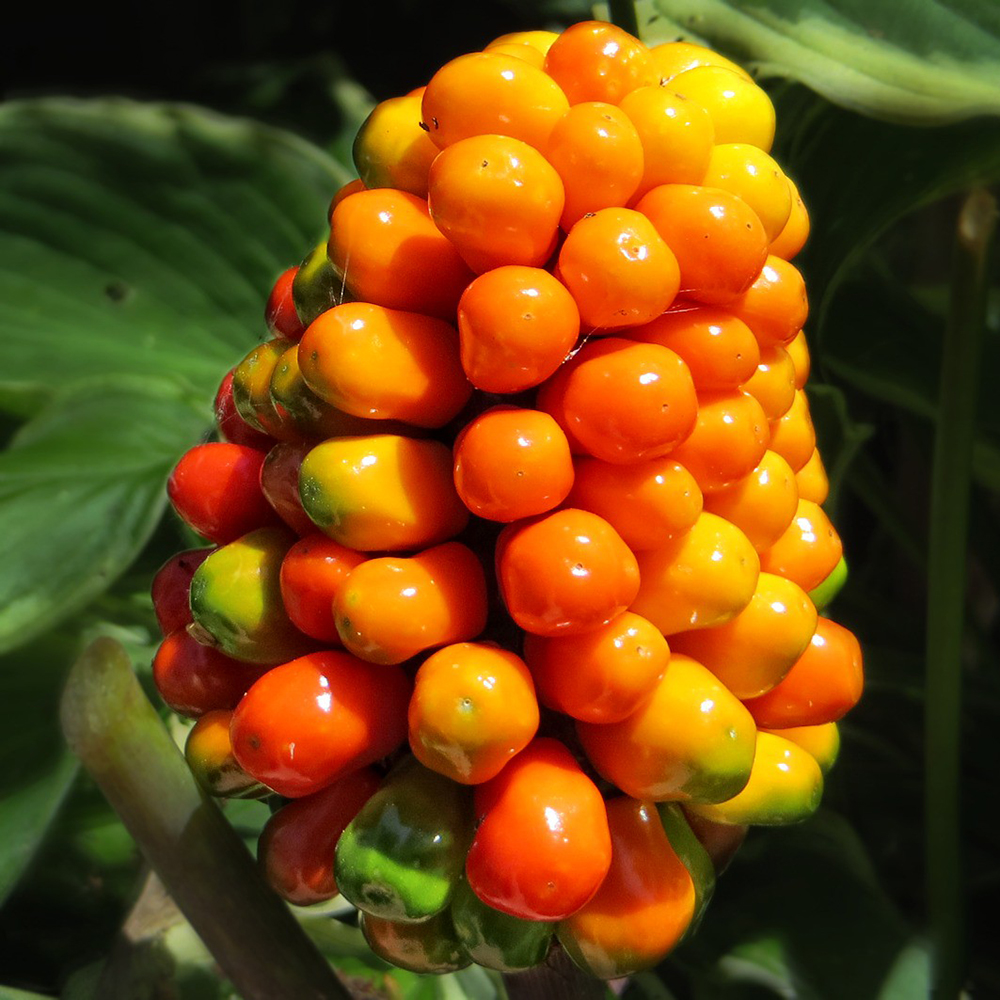 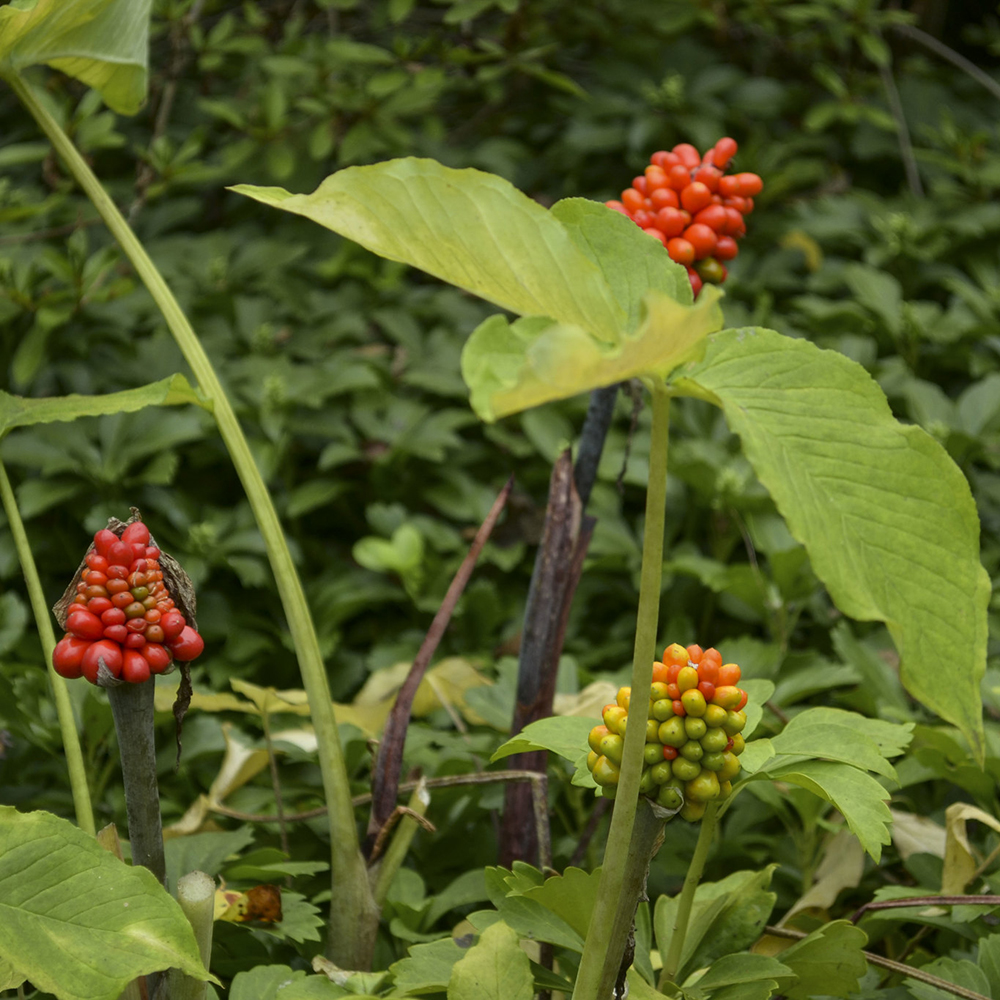 Jack-in-the-pulpit prefers shady, moist rich deciduous woods. Unlike spring ephemerals, Jack-in-the-pulpit offers a beautiful display over most of the summer with its hooded inflorescence and trifoliate leaves followed by the bright-red berries that, bunched together on the flower stalk, resemble a small ear of scarlet corn.

The flowers and leaves sprout from the corm in spring. In appearance A. triphyllum is quite variable. Some have dark reddish-brown stripes and some are mostly green. There’s some disagreement about whether these represent subspecies or just variations within one species. Jack-in-the-pulpit is also a long-lived woodland perennial—20-plus years by some accounts.

Jack-in-the-pulpit can change its sex. According to the University of Arkansas Extension, “young plants or plants growing in very dark areas produce small corms and have limited stored food reserves, so only pollen producing male flowers form. When the corm grows larger, plants stop producing male flowers and convert to female anatomy.”