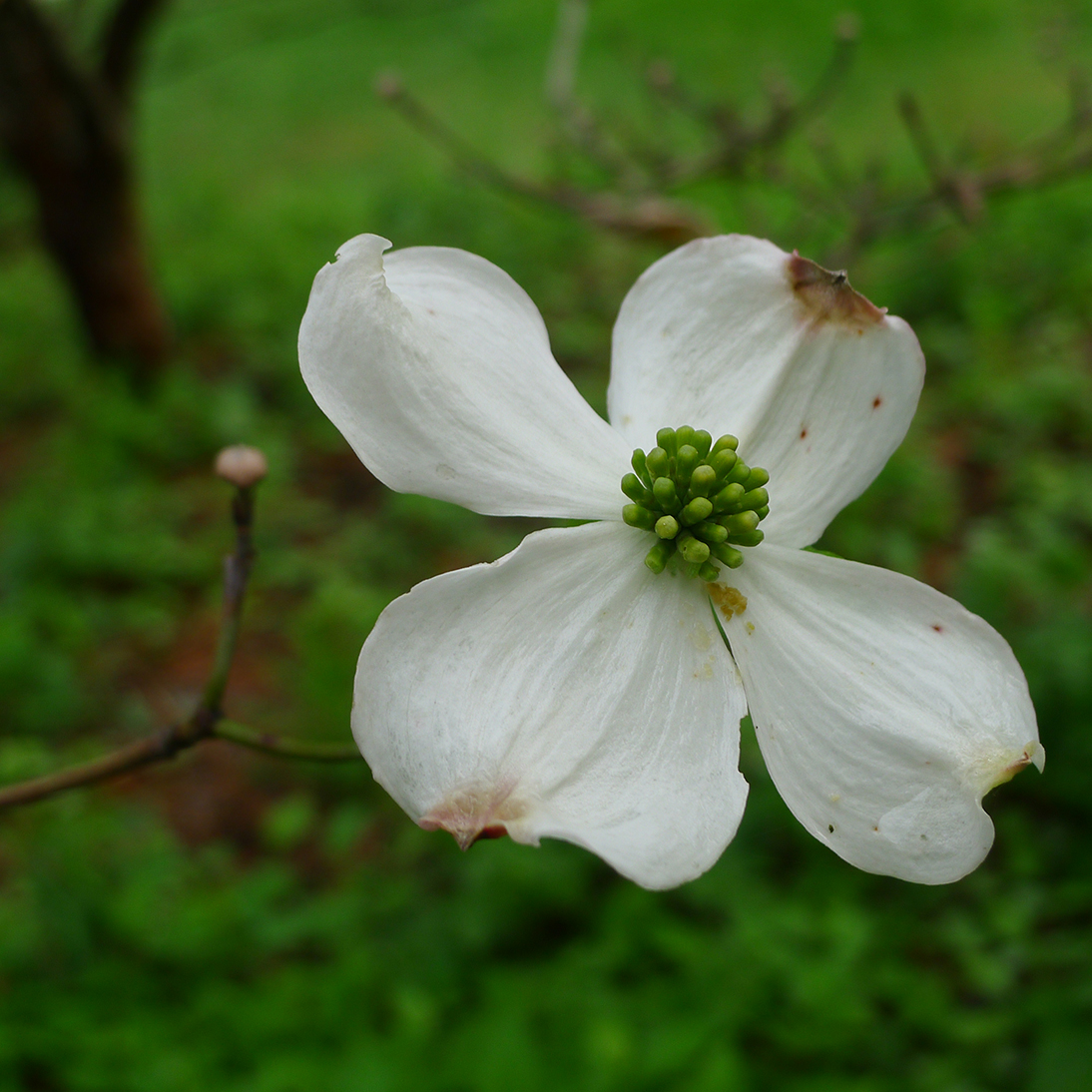 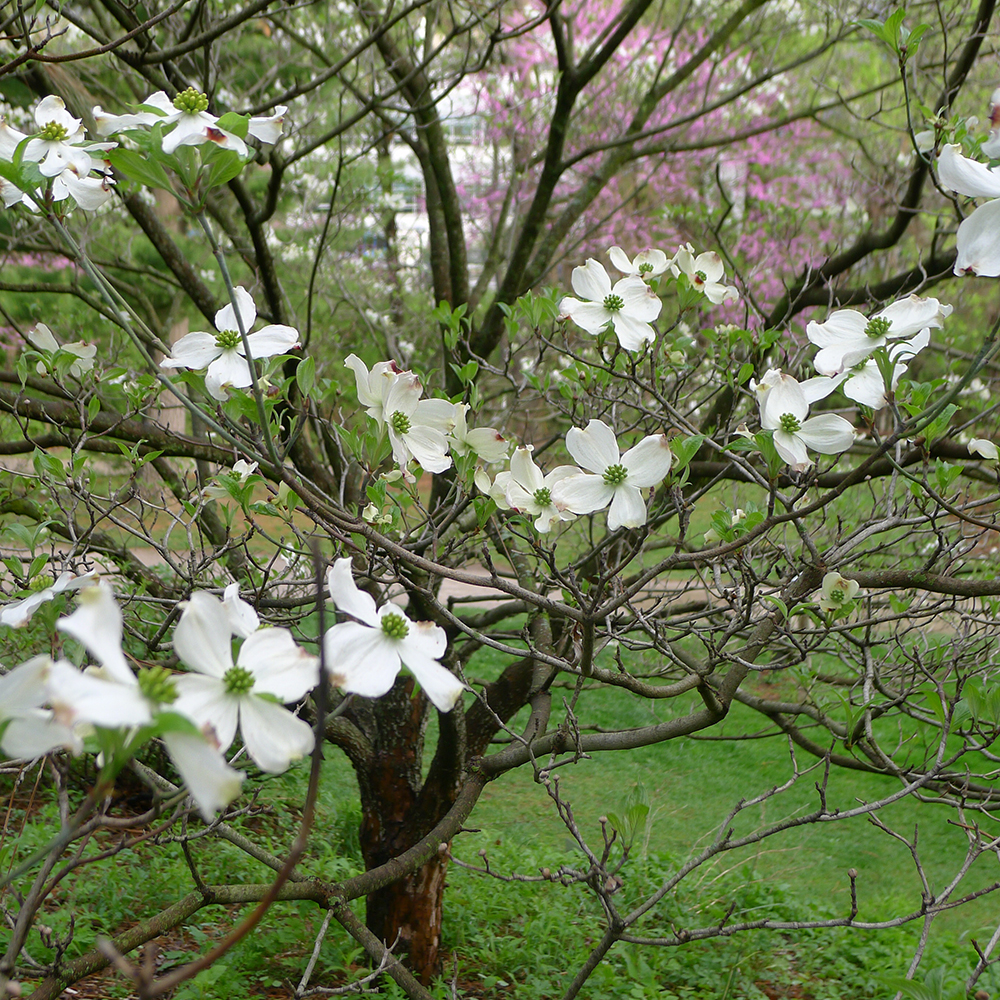 Dogwood branches flowering in Nichols Arboretum on the University of Michigan campus May 4, 2021. 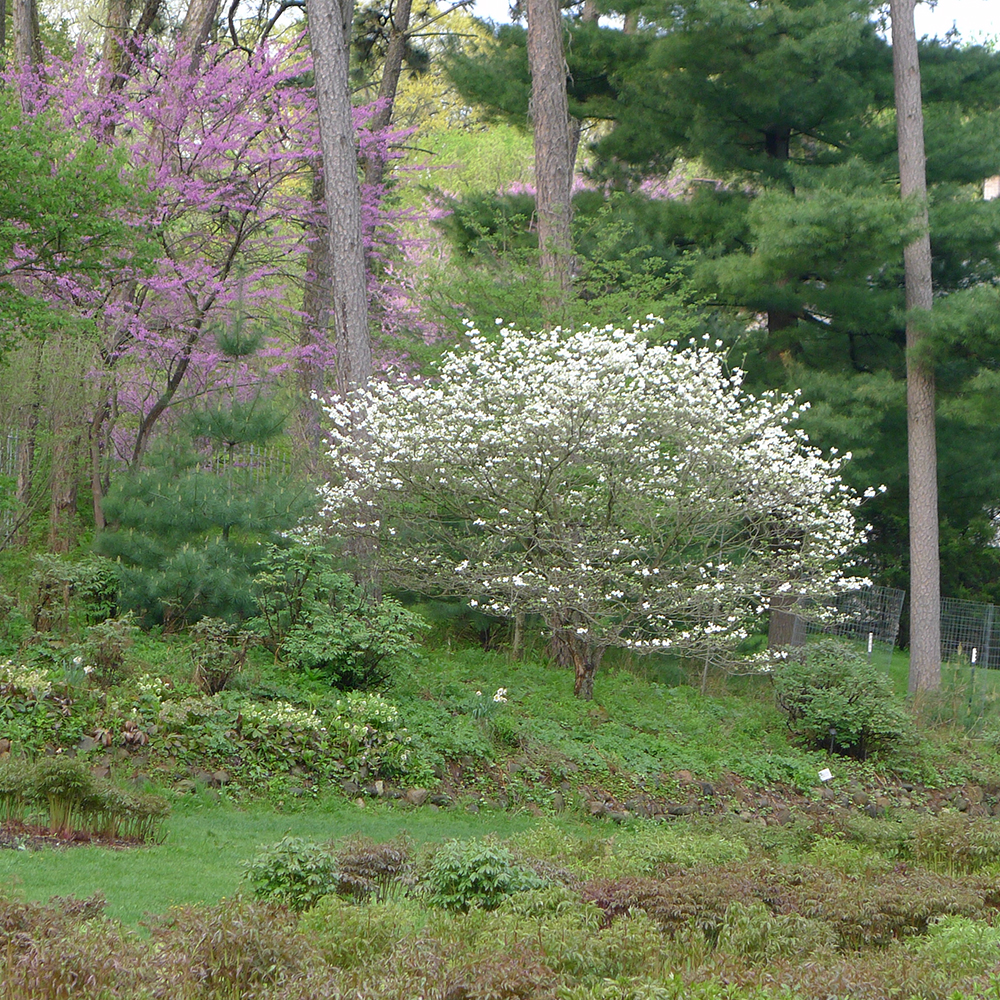 Next to the eastern redbud, few spring trees rival flowering dogwood’s ethereal beauty. This small tree grows from southwestern Maine to Ontario to Illinois and down to Florida. Although the University of Michigian Herbarium lists C. florida as observed mostly in the southern half of Michigan, flowering dogwood is likely near its northern range in Michigan.

Flowering dogwood seems to have it all: dazzling spring bloom, bright red fruits and fiery fall foliage, and distinctive alligatored bark, along with a graceful, pyramidal layered shape at maturity.

We say “seems to” because C. florida also has some drawbacks. It is relatively slow-growing. It is particular about its planting site: partial shade, mulched base, evenly moist, acidic, and well-drained soil. And it is prone to the dogwood anthracnose (the fungus Discula destructiva), which in some parts of the eastern United States has seriously decimated the population. The flowers and twigs may also suffer die back during a particularly harsh winter. 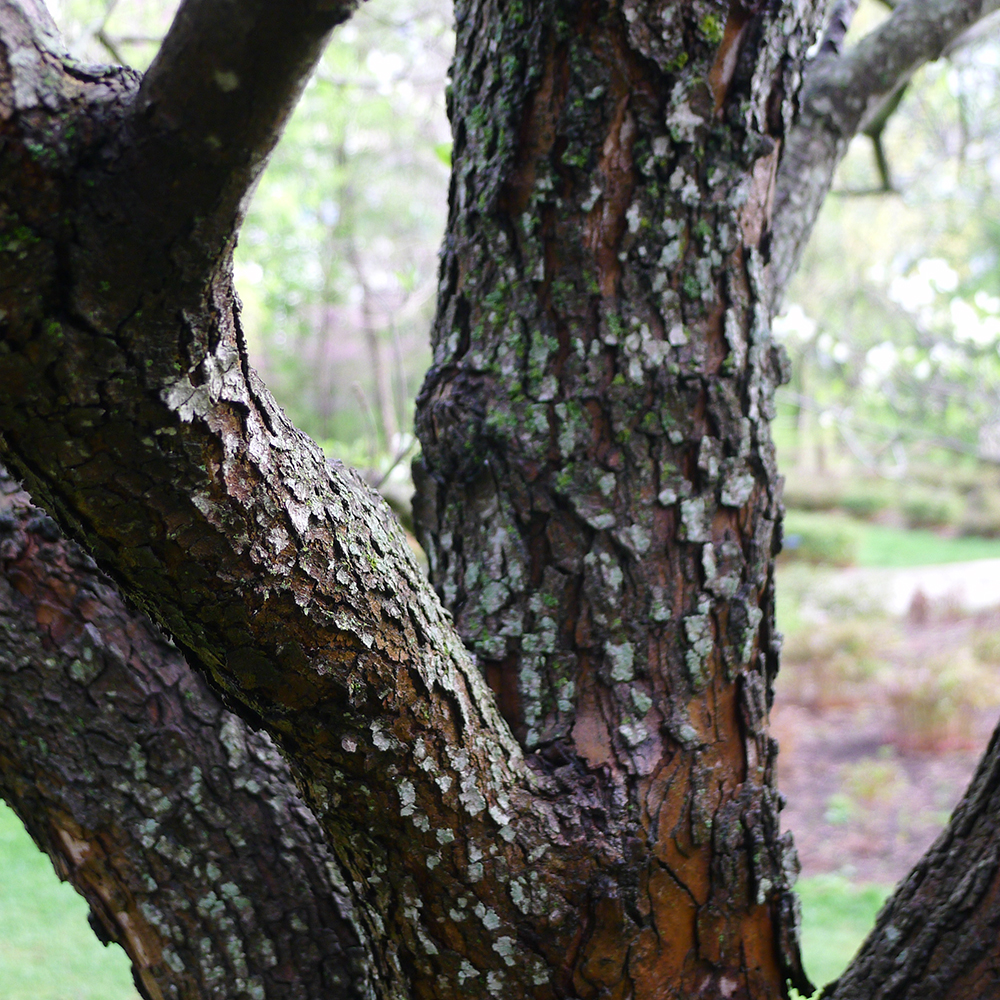 The bark of flowering dogwood has a distinctive alligator-hide appearance. 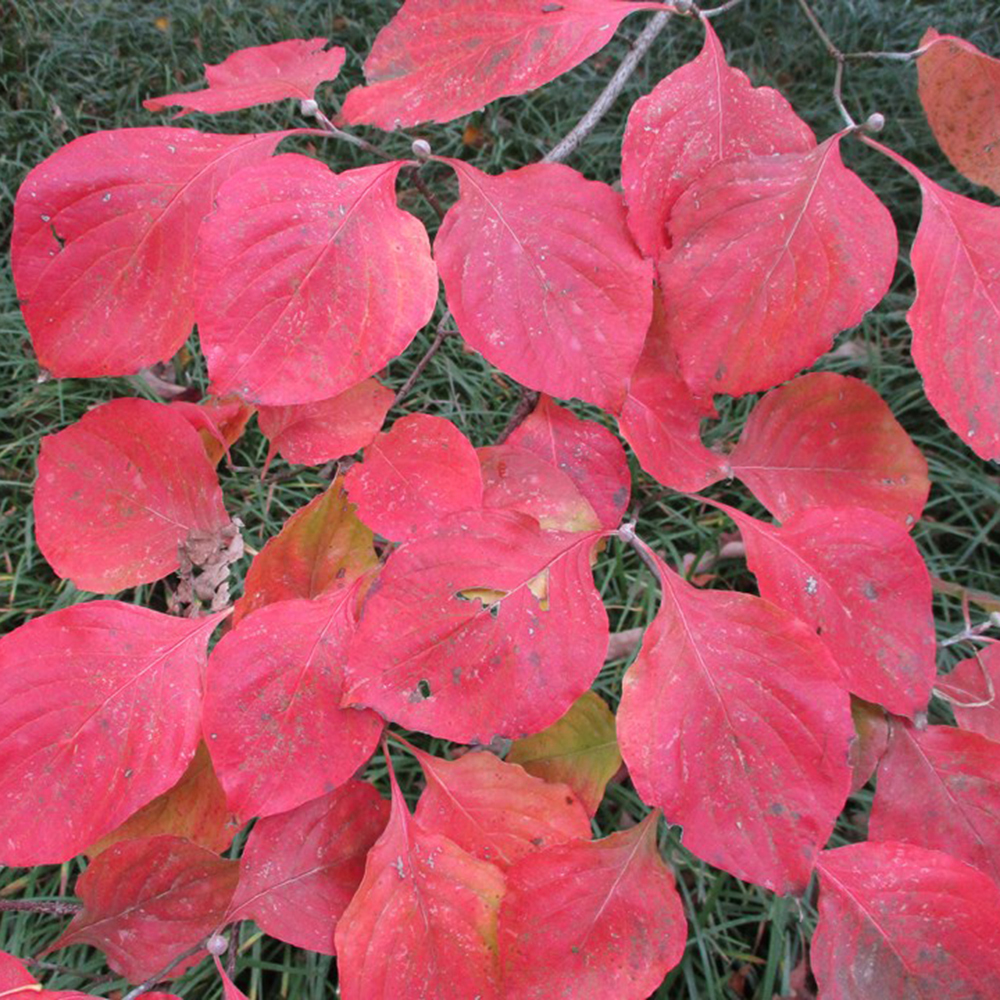 The leaves of flowering dogwood turn a brilliant red in the fall. Photo by Missouri Botanical Garden. 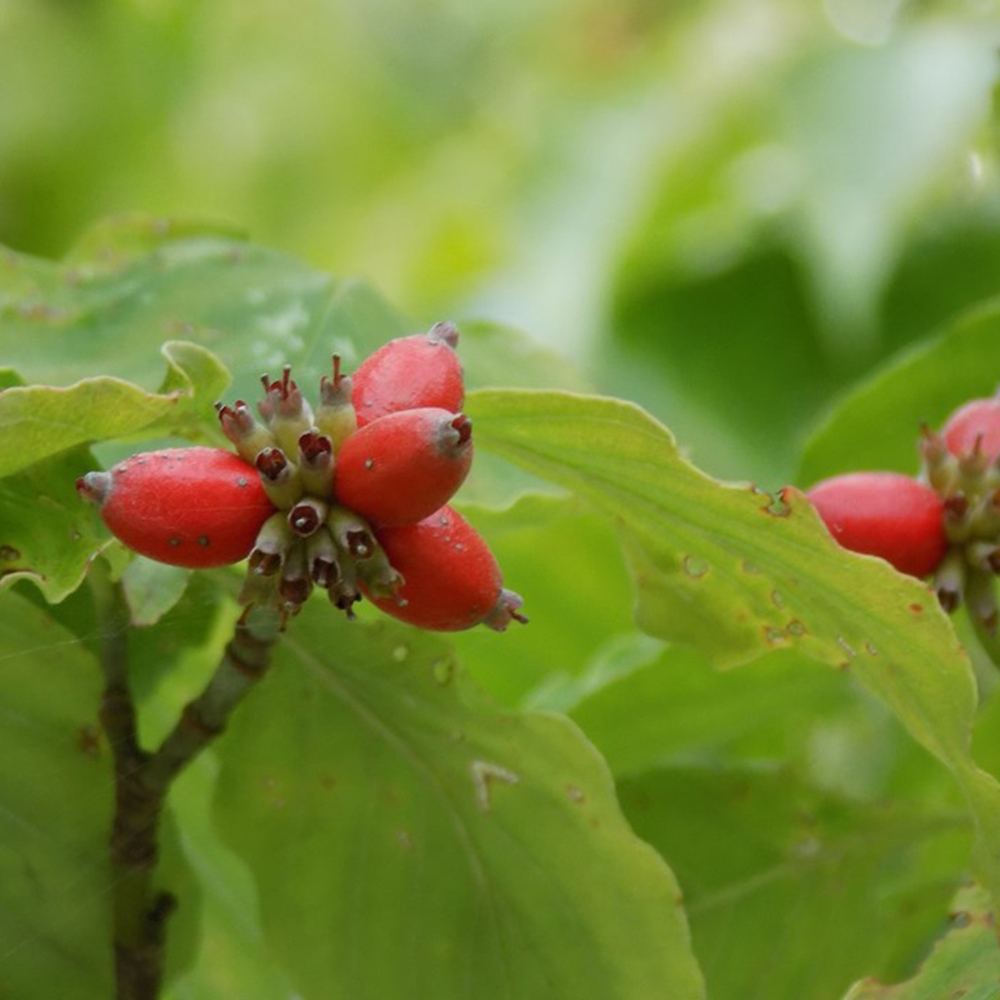 The bright red berries of C. florida provide food for many birds and mammals. Photo by Missouri Botanical Gardens.

What looks like white flower petals are actually bracts or modified leaves surrounding the true flowers. Look closely to see the cluster of small, insignificant yellow-green flowers at the center of the bracts. These give way to bright-red fruits in September—eagerly sought after by many critters and birds.

The cultivars are more or less tolerant of cold winters here in Michigan depending on their genetic origin, particularly for flower-bud hardiness. That’s why some cultivars flower in the spring less reliably after cold winters that kill the flower buds.  Procure a local genotype native grown from seed if possible.