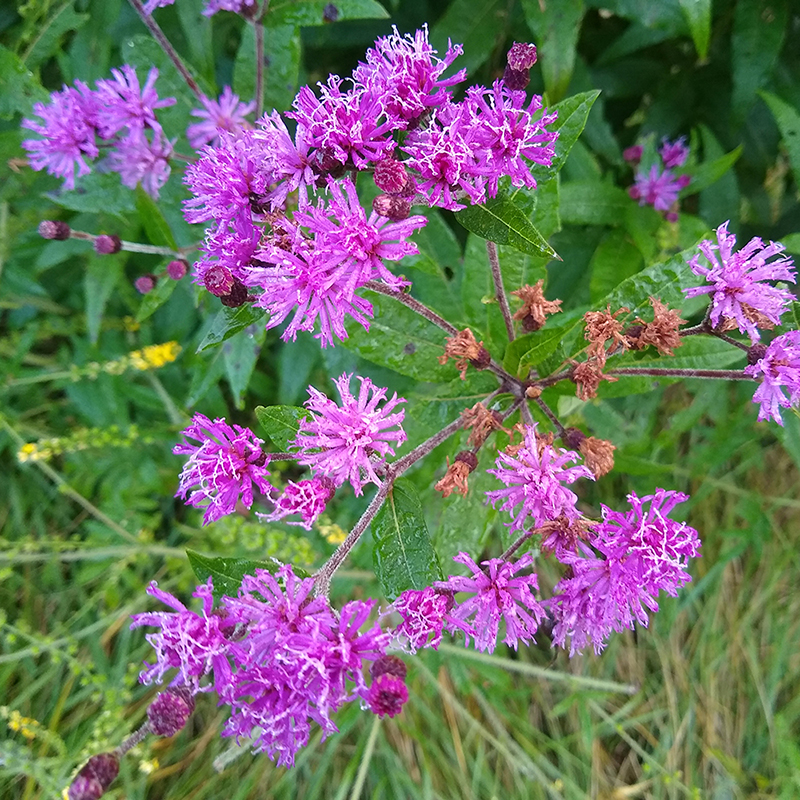 The beautiful purple flowers of Missouri ironweed appear in August in southern Michigan. 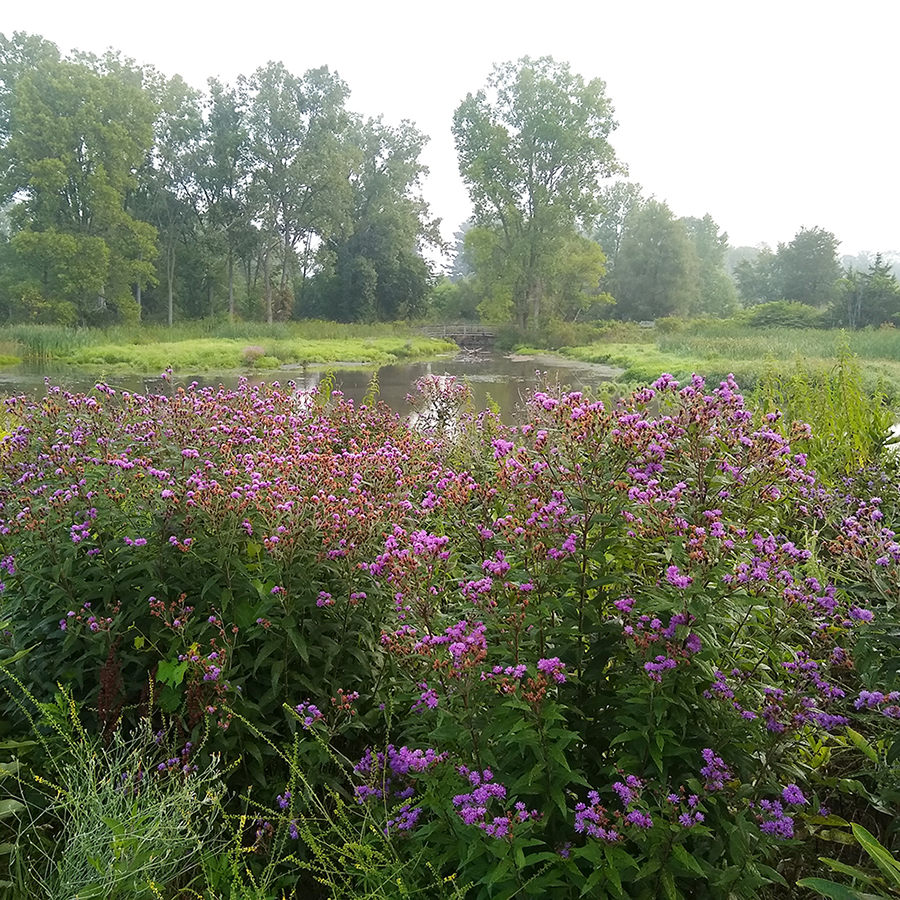 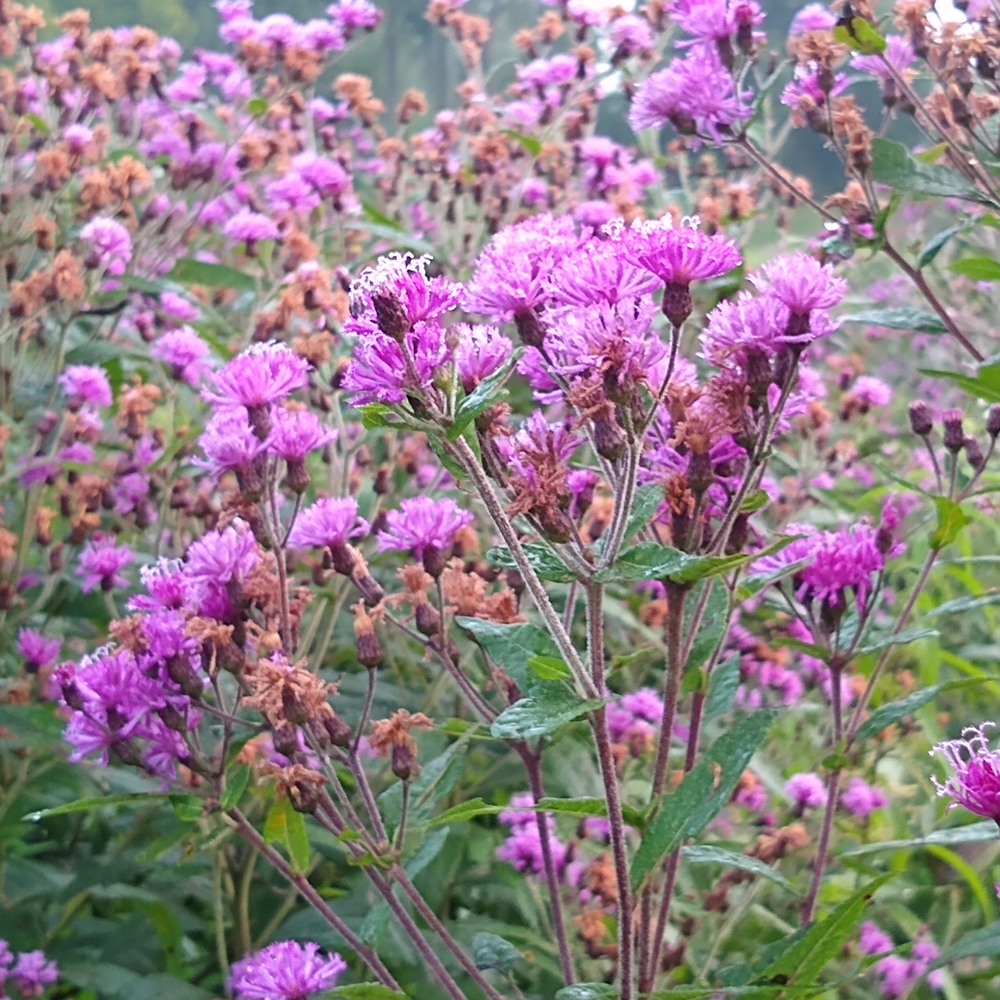 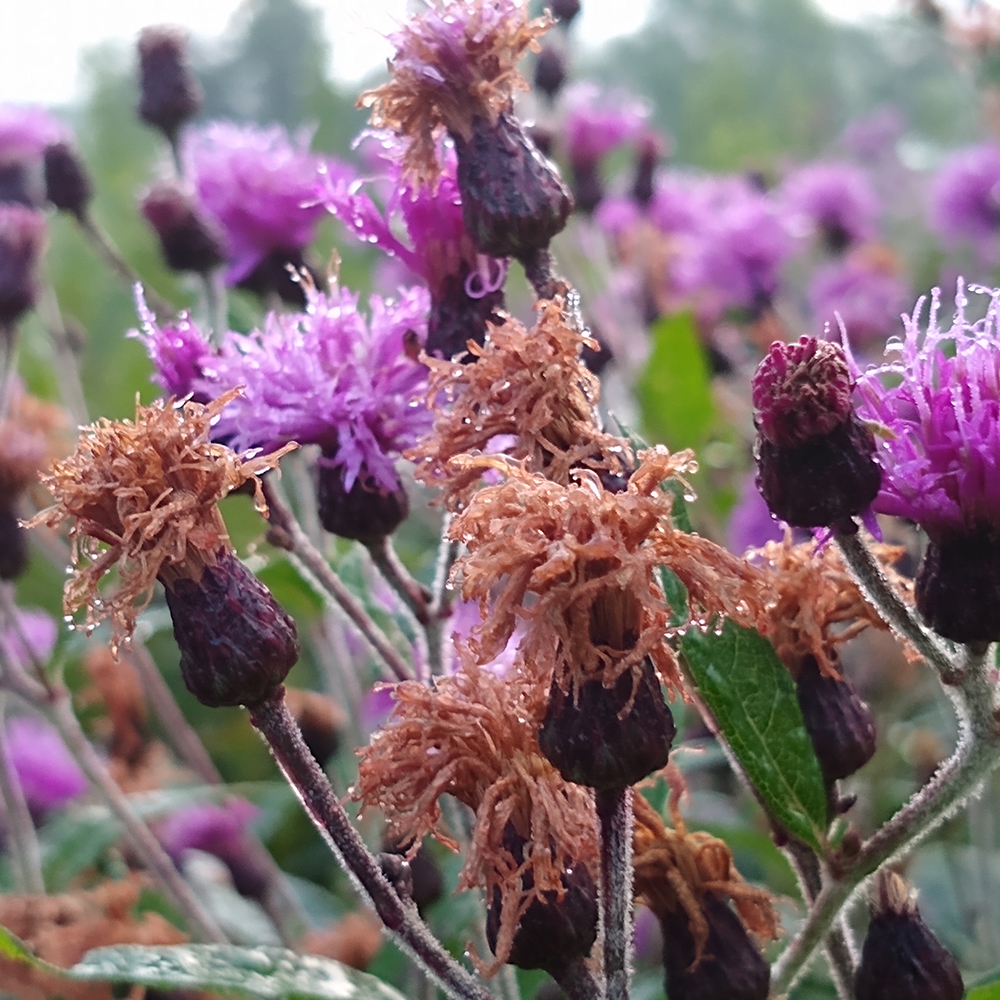 A cluster of Missouri ironweed flowers showing some spent blooms.

Each week we feature a plant that’s native to the continental United States. This week’s plant is Missouri ironweed, Vernonia missurica.

That tall plant crowned with royal-purple flowers glowing in the late-summer sun is Missouri ironweed, Vernonia missurica. It’s native to the central U.S. and Michigan, hardy in zones 4-9. Missouri ironweed likes average to wet conditions but can grow in a range of soils.

Most of the visual action and eye appeal takes place at the tops of the plants where the flowers form. Nevertheless, this is an attractive plant, stately and growing taller in wetter conditions. And it attracts a lot of late-summer pollinators such as monarchs, swallowtails, and sulfurs along with native bees and flies. It’s also the food plant for several Lepidoptera, including the beautiful and intricately patterned parthenice tiger moth (Grammia parthenice; see photo). 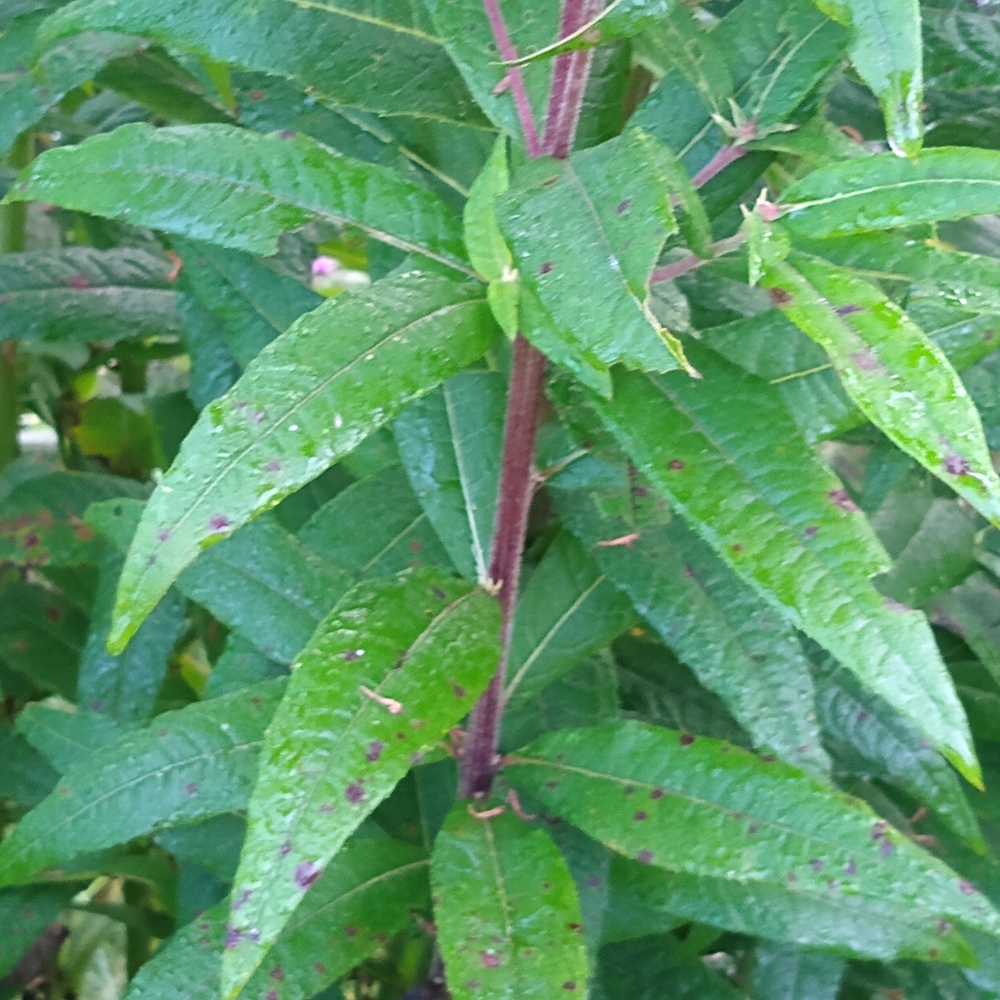 The stems and leaves of Vernonia missurica. 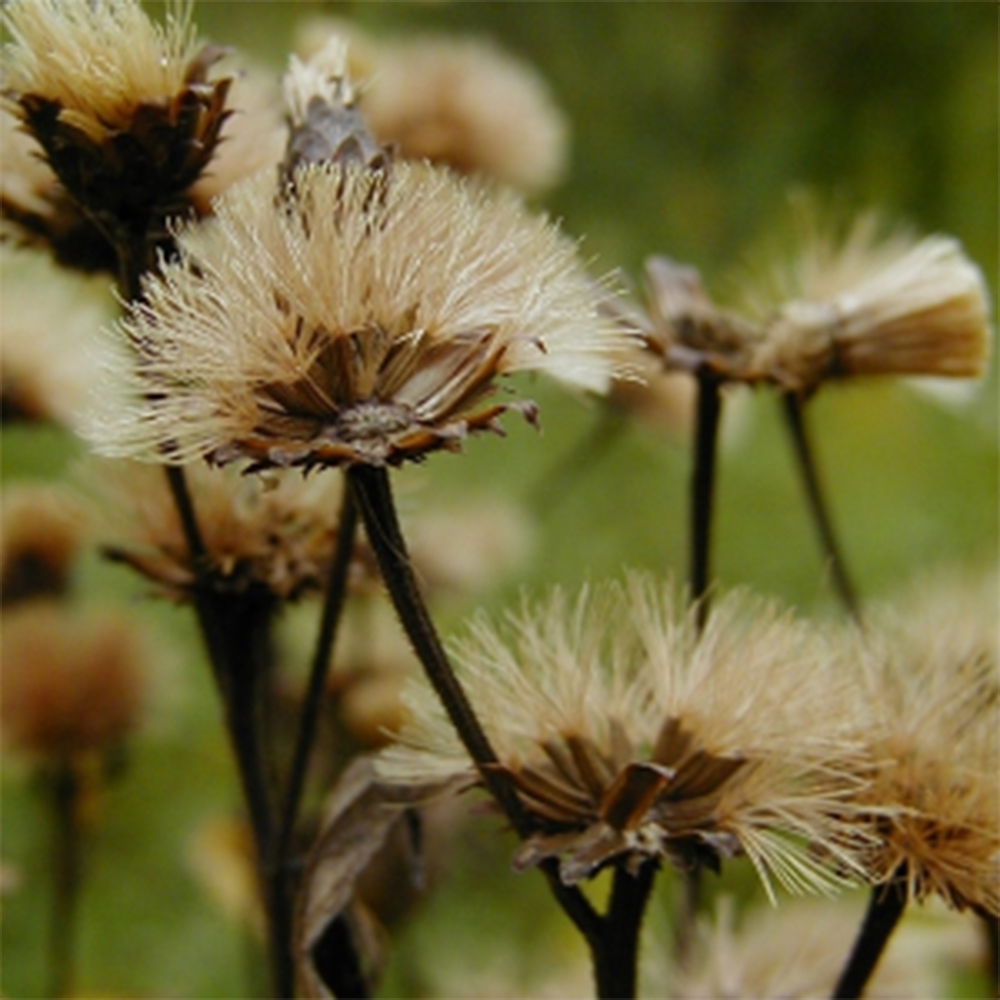 Missouri ironweed mainly reproduces by rhizomes, and it hybridizes easily with other Vernonia species. This can make field ID difficult. It’s said to be overlooked by deer and rabbits because of toxins in the plant’s tissues. According to the Missouri Department of Conservation it’s a common sight in overgrazed pastures because cattle avoid it.

At Matthaei Botanical Gardens you’ll find Missouri ironweed growing in large clumps along the perimeter of Willow Pond, as well as along the service driveway and in the Great Lakes Gardens.