Our stunning collection of over 60 bonsai and penjing trees requires time-intensive care, literally 365 days per year. Your donation helps maintain the health and beauty of this unique living collection.

Bonsai and penjing involve horticultural and aesthetic techniques of miniaturizing trees to embody the principles that govern nature. They both convey reverence for nature and are deeply embedded in the histories and cultures in which they originated.

The Chinese art form of penjing has been around for thousands of years, long before its Japanese relative bonsai. Penjing and bonsai reflect the natural world and the connection that humans feel with it. Bonsai (pronounced bone-sigh) and penjing (pronounced pen-jing) are both singular and plural.

In Chinese “pen” means pot or container and “jing” is translated as landscape or scenery. The three types of penjing are tree penjing, landscape penjing, and water and land penjing. The elements that make up this art form are the container or tray and the rocks, plants, soil, water, grasses, and figures—which can be human, architectural, or animal—that are present. While these elements do not always have to be physically part of the design, if they are not their presence is often inferred from the composition. Some penjing, typically distant landscapes, primarily use rock in their design. The artist is not trying to copy an exact landscape, but to create an ideal world that conjures up different emotions depending on the viewer’s own experiences in nature.

In Japanese “bon” means plant or tree and “sai” means pot or tray. Bonsai is an ancient Japanese art form, related to tree penjing, in which woody plants are grown in containers as representations of aged or interesting trees. The three expressions of bonsai are: single tree, multiple tree, and forest. Like penjing, bonsai has never been an attempt to create scale models of trees. Rather, living material is grown as a statement about trees and about the interactions between people, trees, and nature’s cycles. 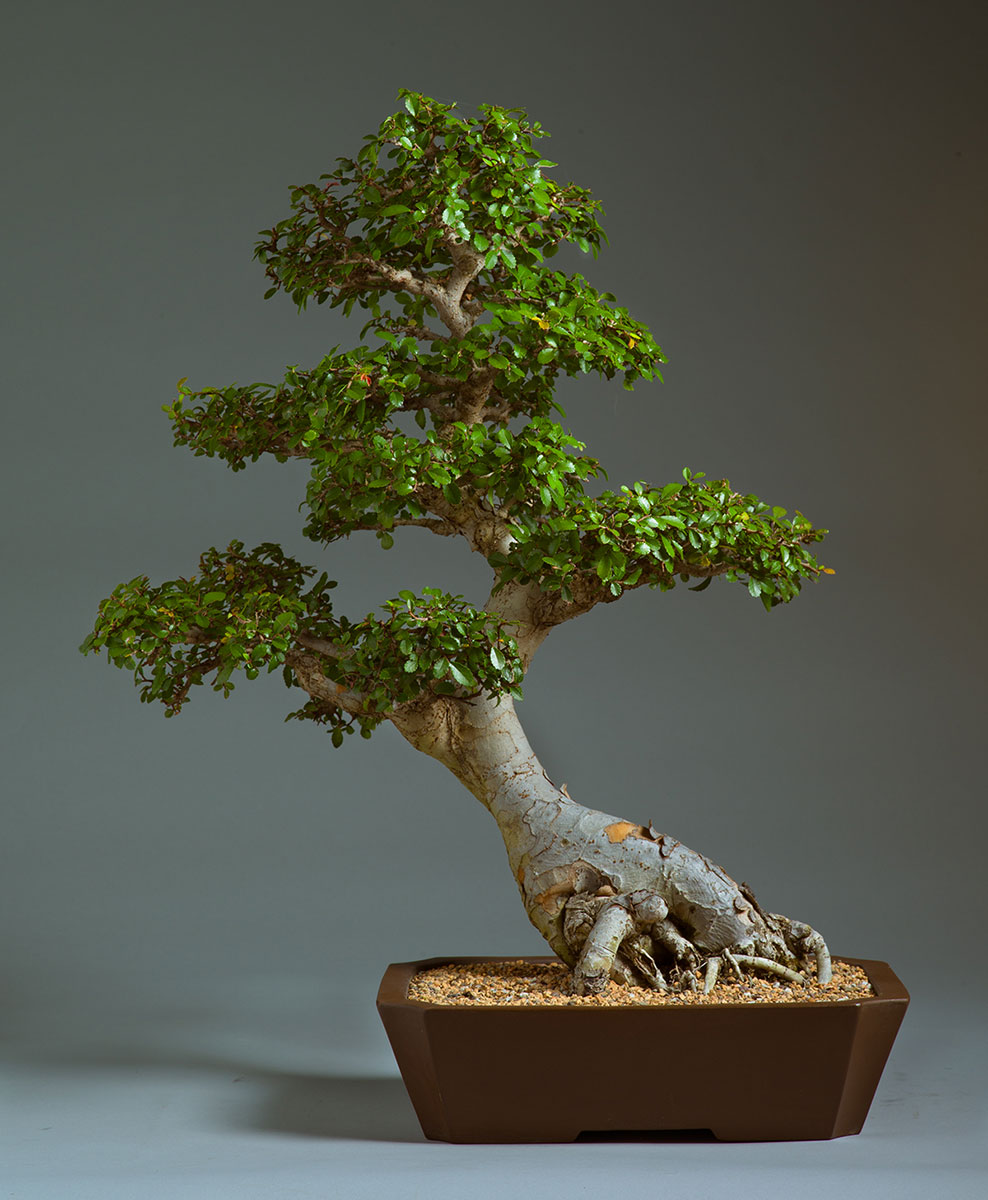