History of Bonsai and Penjing

Our stunning collection of over 60 bonsai and penjing trees requires time-intensive care, literally 365 days per year. Your donation helps maintain the health and beauty of this unique living collection.

The practice of growing stylized, transportable plants probably began with Buddhist monks traveling from ancient India. The first historical reference to penjing is a scroll from 800 AD documenting a well-developed art form that can be traced back as far as the Han and Qin Dynasties (221 BC to 220 AD).

Growing miniature trees in pots and landscapes developed during a time of great wealth of art, architecture, and gardens. A classic period in penjing practice occurred during the Song Dynasty (960–1279 AD), at a time when Chinese landscape painting was also at its height. The publication of many penjing manuals during the Qing Dynasty (1644–1911 AD) attests to the popularity of the art form.

It is thought that Buddhist monks from China brought penjing with them as they traveled to Japan. Beginning by the 6th century AD, many cultural ideas from China were incorporated into Japanese court life, and for many centuries penjing in Japan retained its Chinese influence. By the 13th century penjing was practiced by many of the Japanese aristocracy and samurai. As the art form assumed a Japanese identity it became known as hachi-no-ki, which translates as “tree in pot.” It wasn’t until the 1800s that the term bonsai was adopted in Azakusa Park, a now famous bonsai center near Tokyo.

China had the important role of developing the art form of miniature trees and landscapes but it was the Japanese who introduced this art to the rest of the world. The first western public exhibit of bonsai was in London in 1909. The significant impact of this art on America was in the 1950s when American military and civilian personnel were stationed in Japan. Bonsai then spread rapidly in American culture. During this period Japan was the prime influence on the rest of the world for this art form—China was in political and cultural upheaval. Today, miniaturizing trees is an art form practiced in all parts of the world. Although the primary influence in most countries is classical bonsai, each culture tends to exert on the art its own heritage and draws inspiration from its indigenous environment, landscapes, and plants. 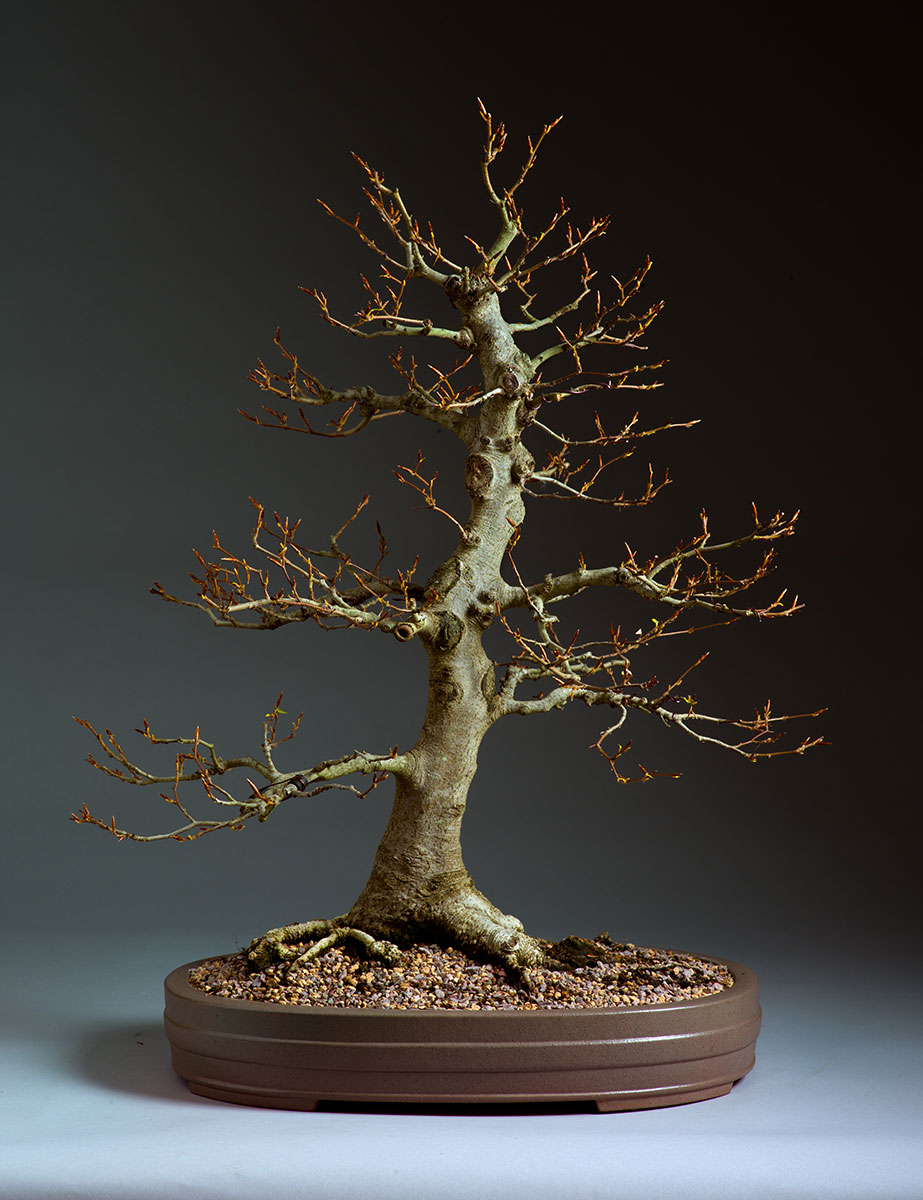