Arid House in the Conservatory

Plump, short, spiny, and weird all describe plants in the arid house. These plants are from hot, frost-free deserts in Africa, the Americas, and Asia. All are specialists at surviving droughts. The collection has many examples of unrelated plants with very similar forms from similar environments around the world—a phenomenon known as convergent evolution.

The peak season for the arid house is late winter to early spring. Many succulent plants flower at this time, including the aloes (Aloe species), Easter lily cactus (Echinopsis species), and the spiny-trunked pachypodiums (Pachypodium). Among the rarest plants are the Namibian Welwitschia, which looks like a broad green ribbon and, as shown by DNA studies, is distantly related to pine trees.

The Arid House is in the Conservatory at the Matthaei Botanical Gardens site. 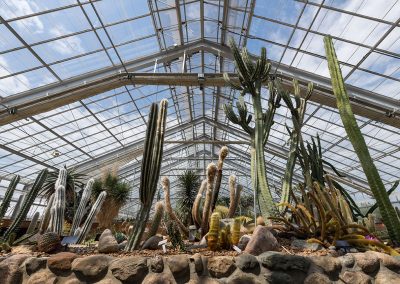 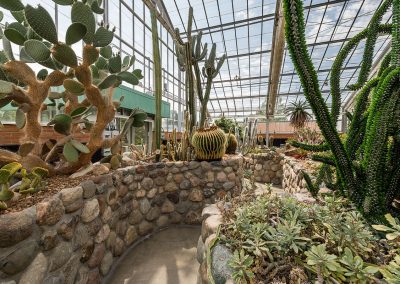 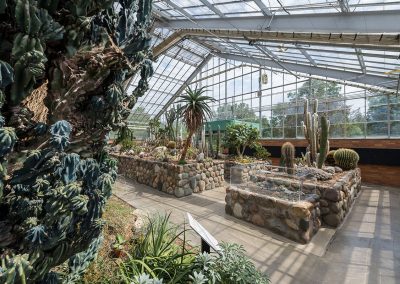 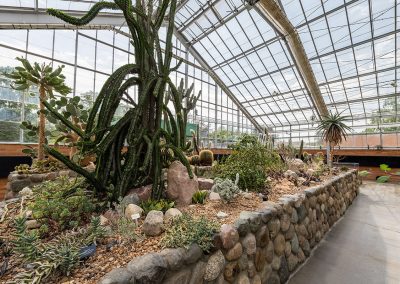 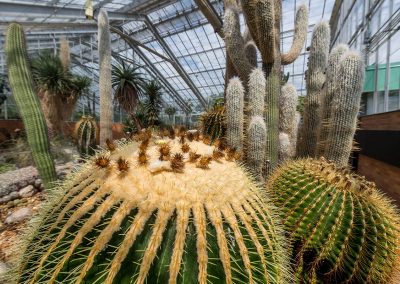 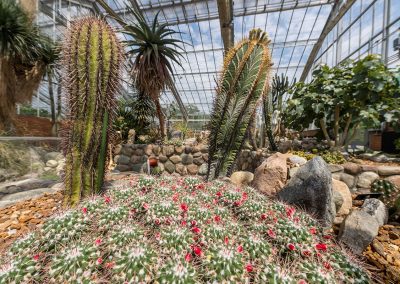 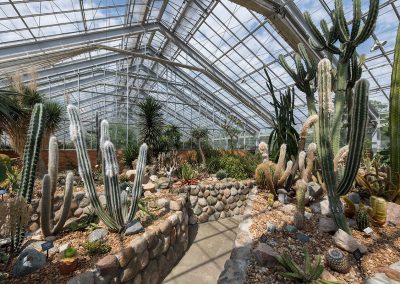 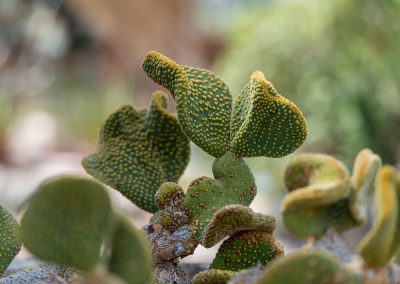