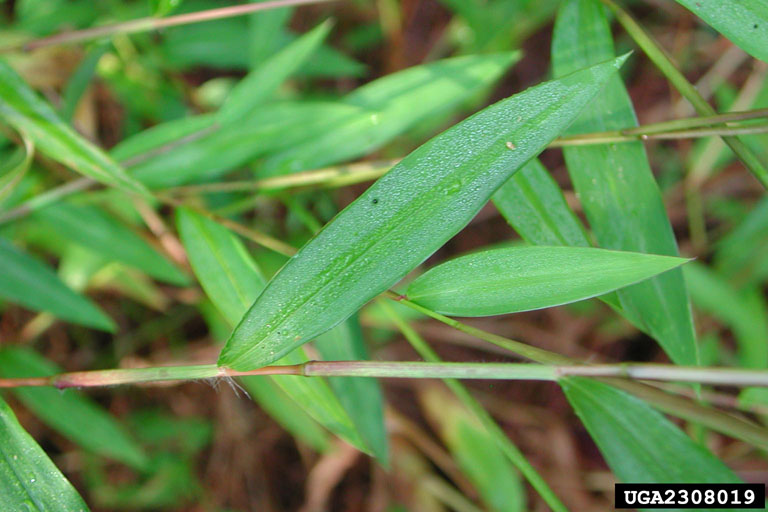 In early August of this year, the conservation community was made aware of Michigan’s first population of Japanese stiltgrass (Microstegium vimineum), a notoriously invasive sprawling grass introduced from Asia in the early 20th century when it was used as packing material for fine china. The population is on private land in Scio Township with important nearby natural areas and public parks from which it could spread quickly throughout Michigan. Stiltgrass can grow in most environments where it can quickly cover the surface and eliminate other species.
Rather than wait for stiltgrass to arrive on their lands, staff from Huron-Clinton Metropolitan Authority, City of Ann Arbor Natural Areas Program, Washtenaw County Parks Natural Areas Preservation Program, and Matthaei Botanical Gardens and Nichols Arboretum at the University of Michigan worked with the Michigan DNR and two private landowners to eradicate all known stiltgrass. Each organization was already part of The Stewardship Network Huron-Arbor Cluster which allowed for the capacity of an immediate control effort in combination with significant on-the-ground efforts by the landowners. Bob Grese, Director of Matthaei Botanical Gardens and Nichols Arboretum, notes “Japanese stiltgrass is a key example of a highly invasive species where we have a chance to pull together to identify and contain an invasive species while it can still be controlled and before it negatively impacts our native plants and animals.” 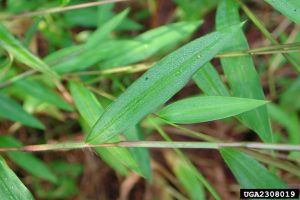 While partners report that stiltgrass will have to be controlled next year from seed that remains in the soil, they have halted the expansion of the population. The organizations are working together to better delimit the population, find it elsewhere, and determine how to restore habitats that have been impacted.

Even if invasive species are first found on private land, prevention, early detection, and quick response is the most cost-effective solution by local governments in managing invasive species. These organizations contributed some resources to the problem now so that they slow the spread, train employees, and raise awareness to reduce the impacts of stiltgrass on lands in their jurisdictions. “The most efficient way to deal with invasive species is to keep them from getting established in the first place. If we can team up to quickly eradicate this new infestation of Japanese stiltgrass, we may be able to keep it out of Michigan, or at least out of Ann Arbor.” 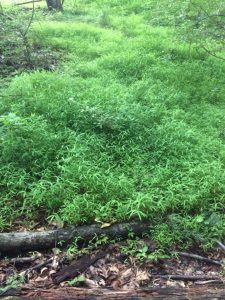 The Jackson and Washtenaw County Conservation Districts and others are heading up an effort to start a Cooperative Invasive Species Management Area in Jackson, Washtenaw, and Lenawee Counties. This will make it even easier to conduct surveillance and control of invasive species that seriously impact the quality of our environment. “Finding and removing stiltgrass and other invasive species is one of the best ways to protect our wetlands, prairies and forests”, says Evan Pratt, Water Resources Commissioner for Washtenaw County who is a partner in the effort.
Conservation partners need help from the public in finding stiltgrass that may be out there. For more information on identifying stiltgrass, see: https://www.aces.edu/blog/topics/forestry-wildlife/field-guide-to-the-identification-of-japanese-stiltgrass/  and report it to Greg Norwood, Invasive Species Coordinator, Michigan DNR-Wildlife Division, norwoodg@michigan.gov, 517-342-4514 or Krista Dickerson, Michigan DNR-Wildlife Division at DickersonK1@michigan.gov, 517-284-6168.