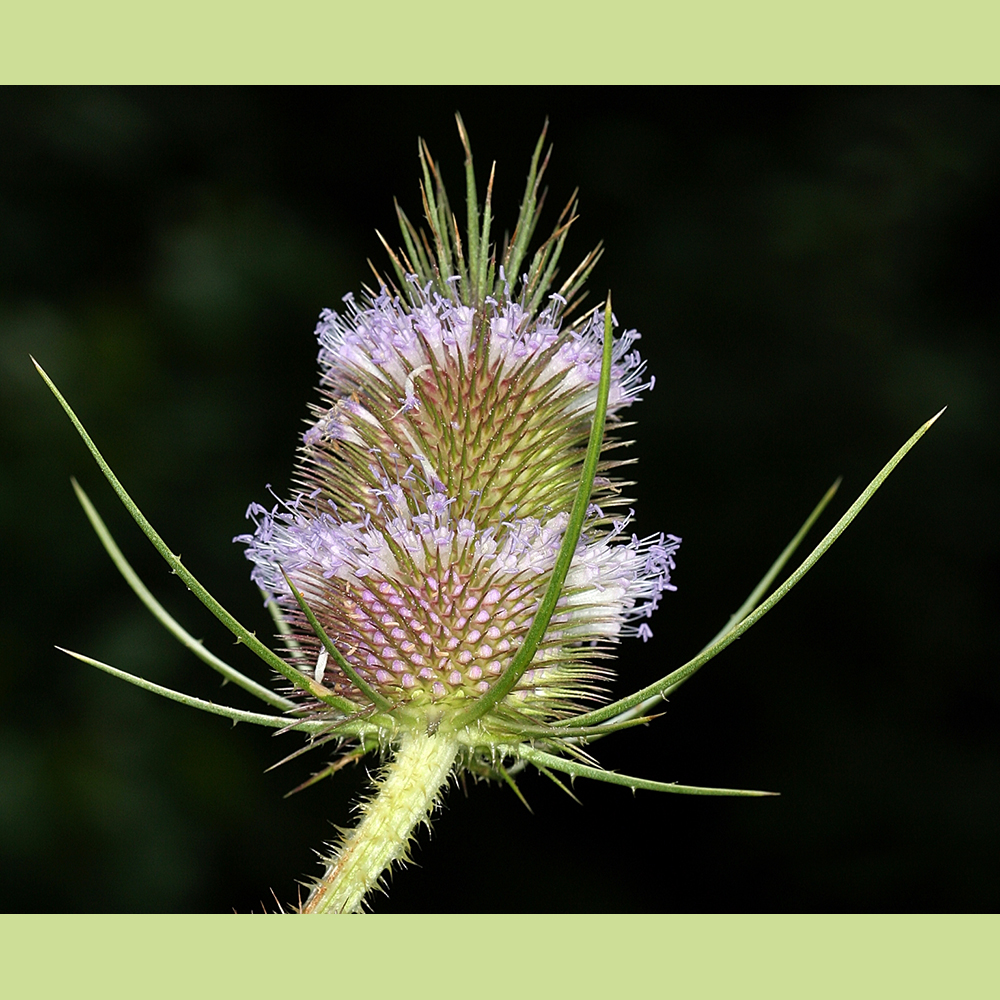 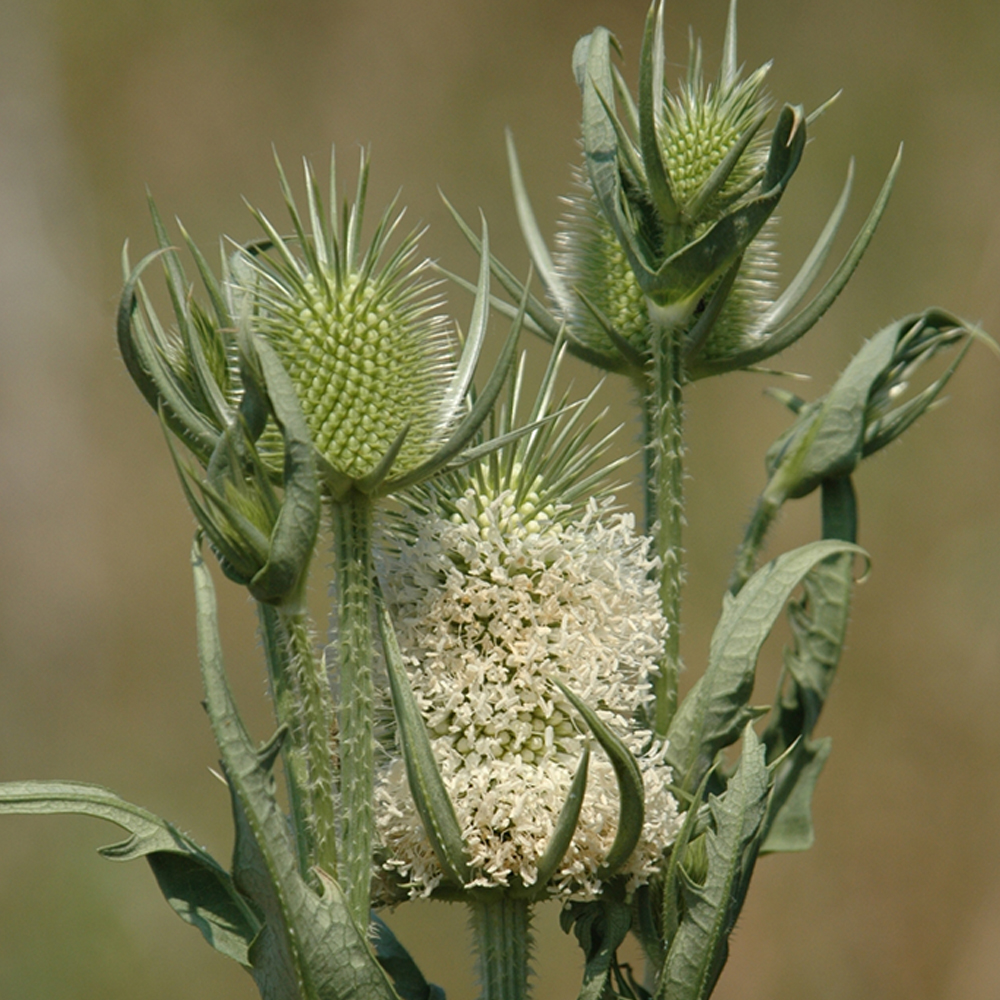 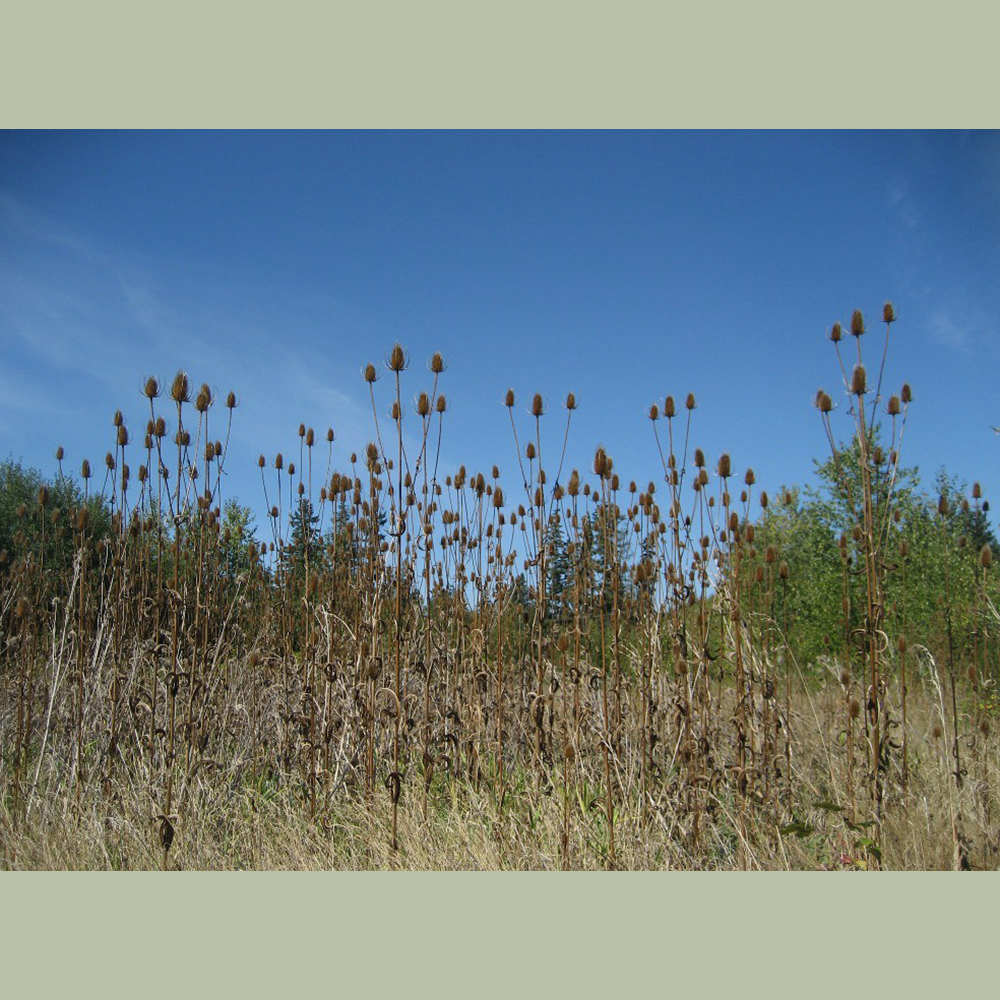 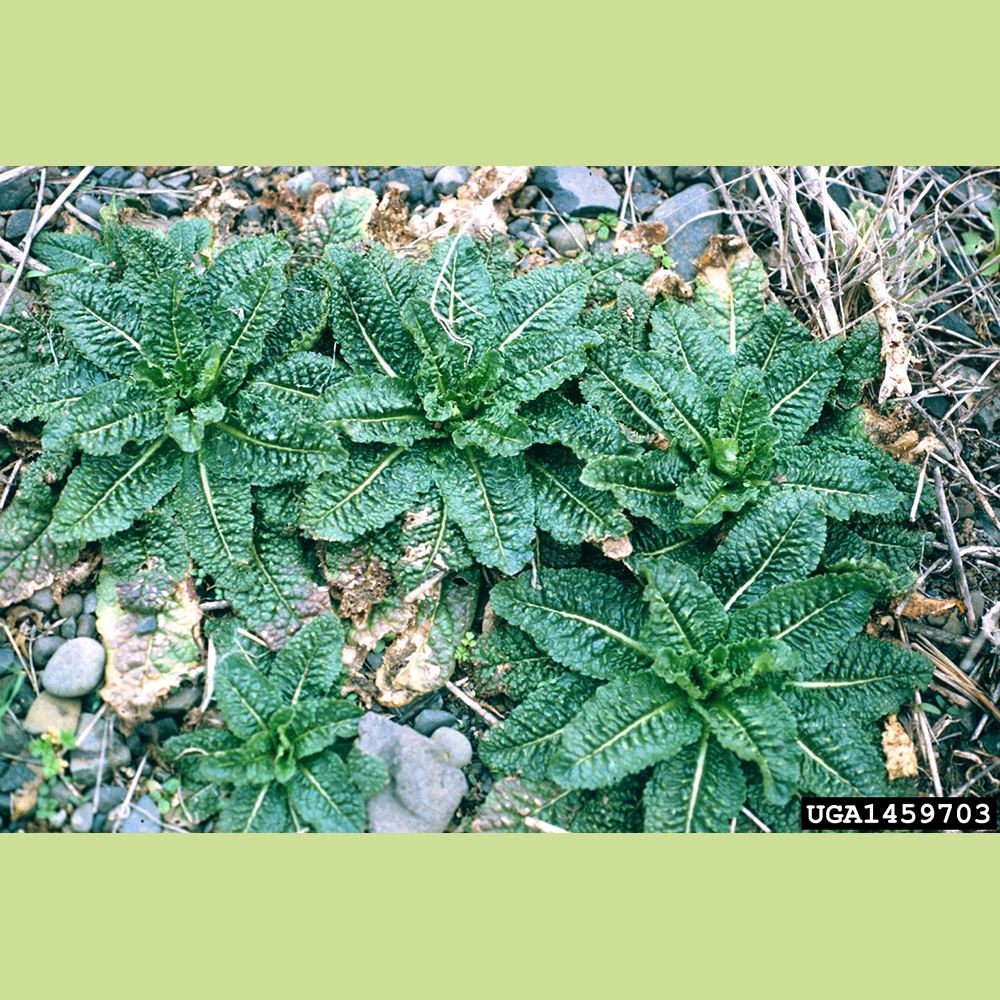 Teasel (Dipsacus fullonum and D. lacianatus) are invasive plants you see in a lot of places. They’re especially noticeable in the late summer and fall when the dried seed heads stand over the other vegetation.

Teasel is native to Europe. Here, it’s commonly seen along highways and in fields. Both the cutleaf (D. laciniatus) and wild (D. fullonum) species are considered invasive to Michigan. (The University of Michigan Herbarium notes that the oldest Michigan collections seen of D. fullonum date to 1844.)

Both species grow up to 6 feet tall and have a cone-like flower. Cutleaf has a white flower and is perennial and monocarpic, meaning the plant dies after it blooms. Wild teasel has a lavender to white flower and is biennial. Teasel has abundant seeds, as many as 900 per flower head. The seeds are not adapted to wind dispersal so tend to fall close to the parent plant. Waterways provide one seed-dispersal method, as do small animals, birds, and human interactions such as roadside mowing. Humans also add to the spread of teasel in less obvious ways: the dried seed heads of Dipsacus are often used in floral arrangements—those seeds spill out eventually—and teasel has been found in and around cemeteries, likely because of its use in gravesite bouquets, according to the United States Department of Agriculture.

To manage teasel, cut down the plant or cut off the flowers before they produce seed and then sever the roots about an inch below the soil line—teasel develops a deep taproot. Mature seed heads should be thrown away, while the stems can be composted. A further note of caution: the flower heads of cut stems left on the ground may produce viable seed, so be sure to pick up and compost the stems.

The dried and very spiky flower heads of teasel were used in wool processing to raise the nap of the fabric. A water-soluble blue dye can also be derived from the plant. 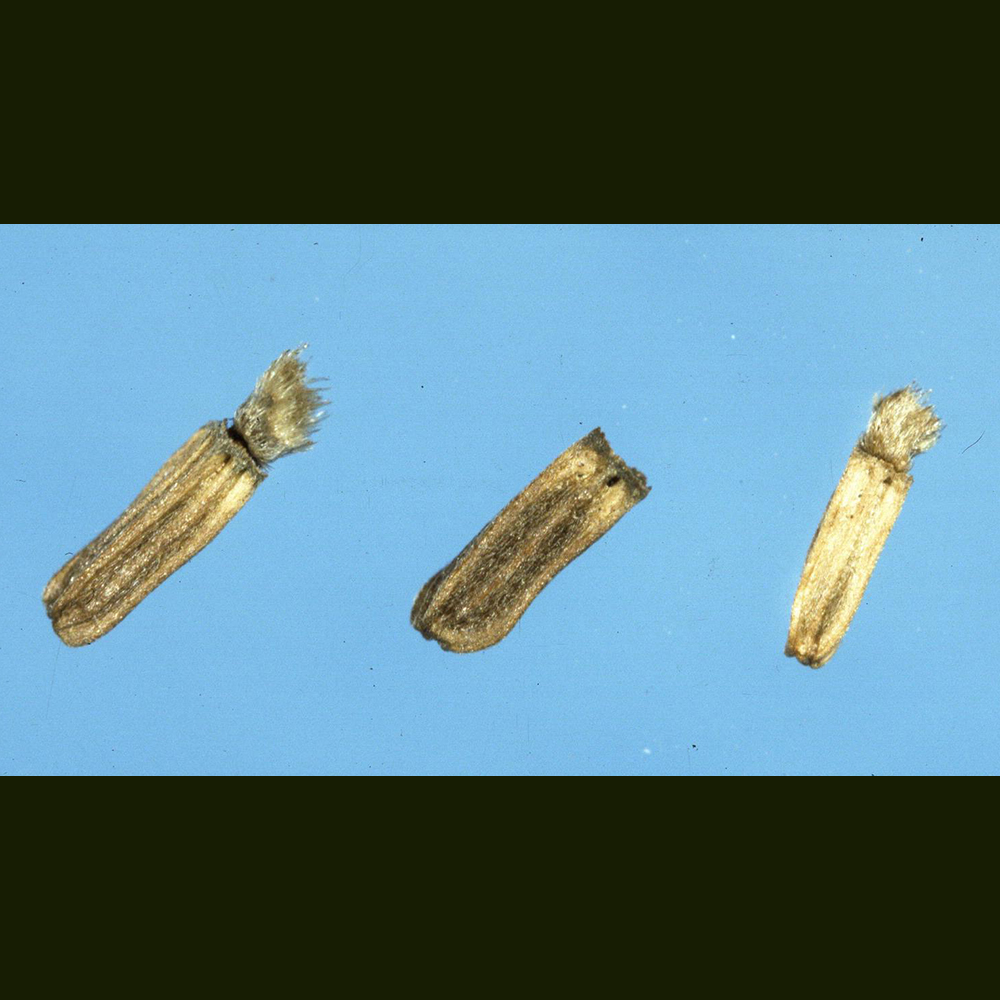 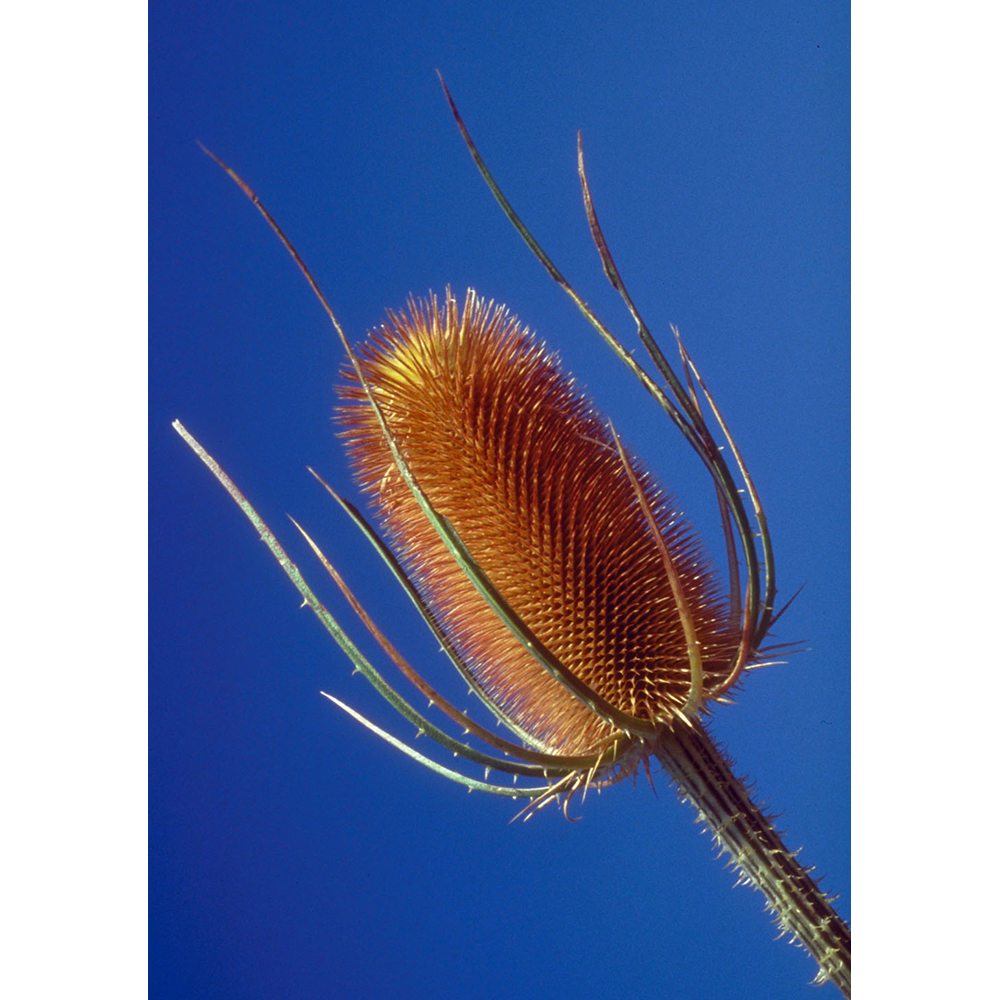 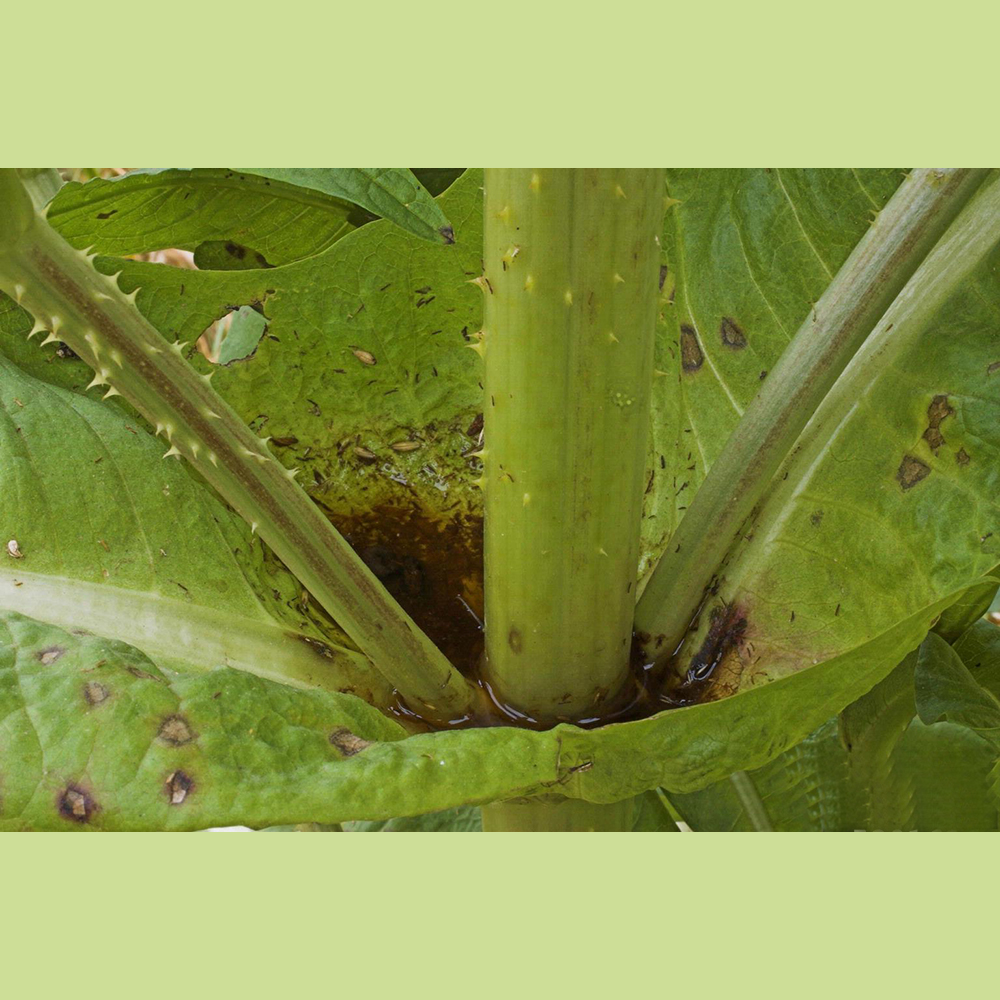 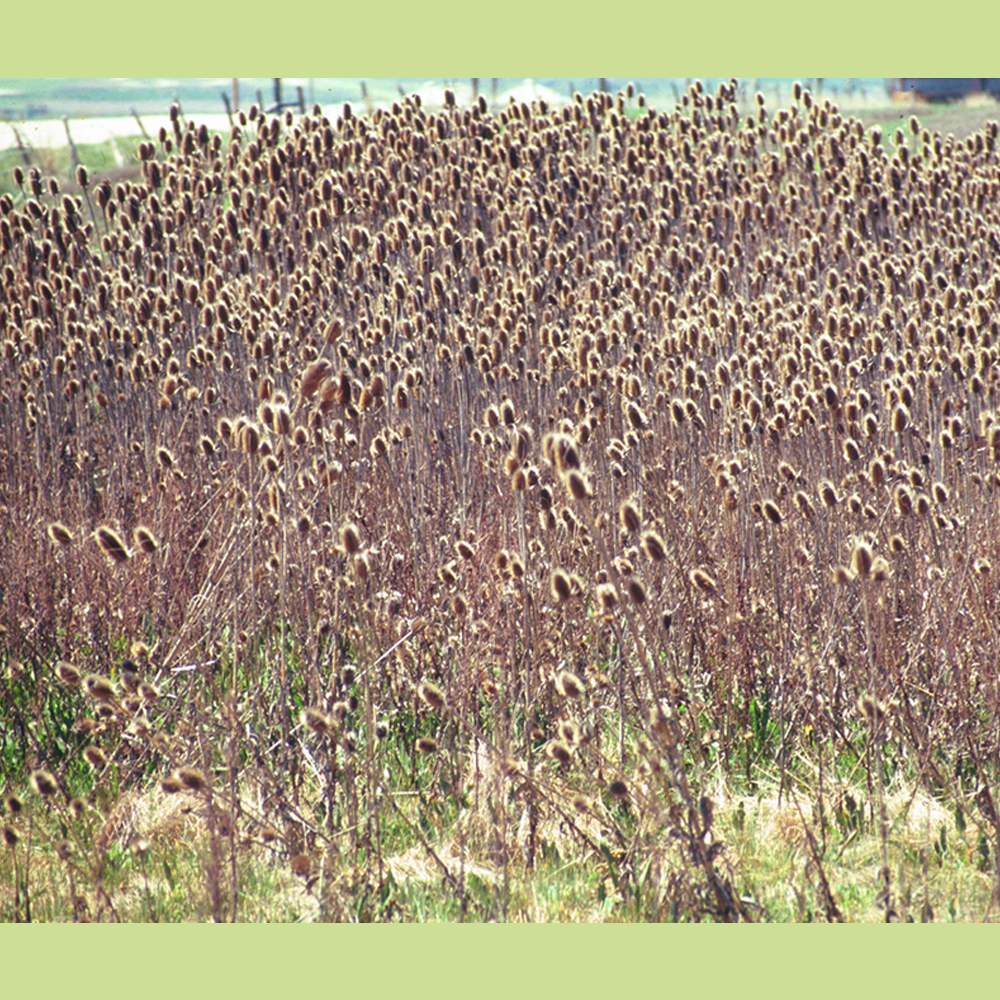