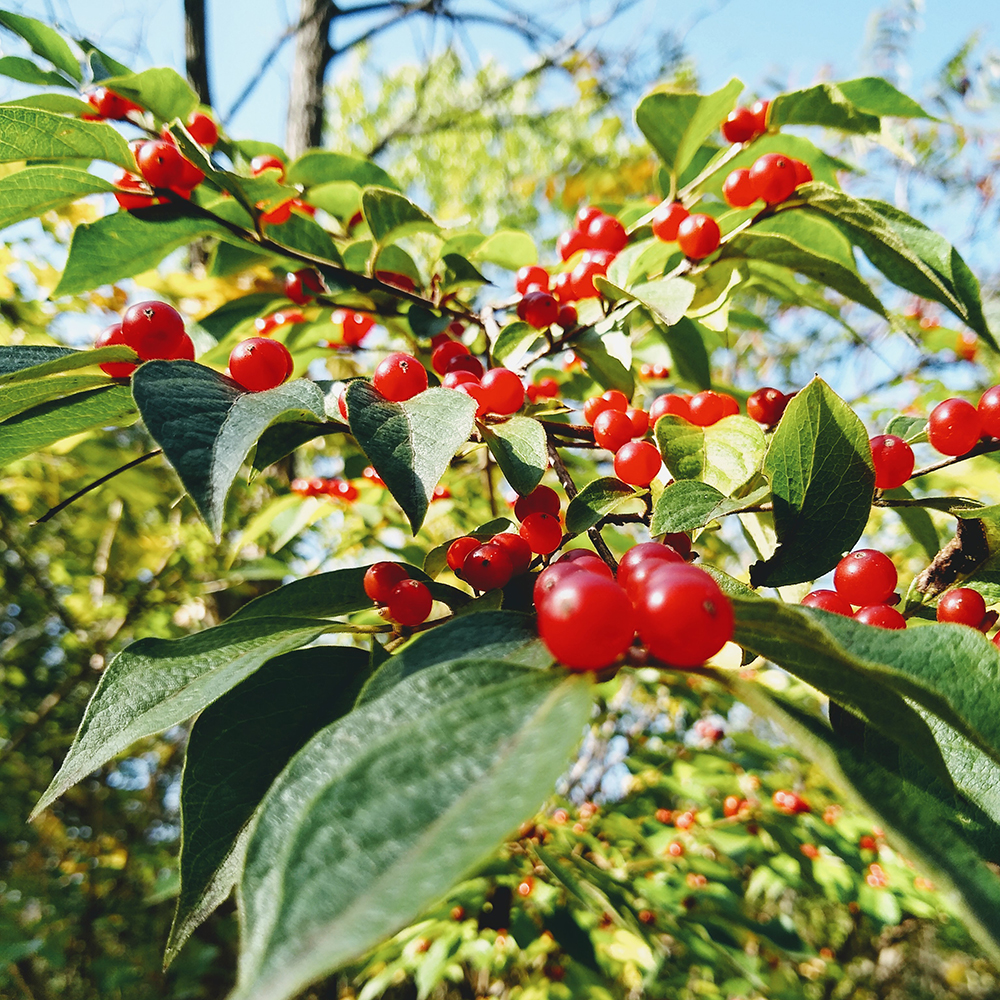 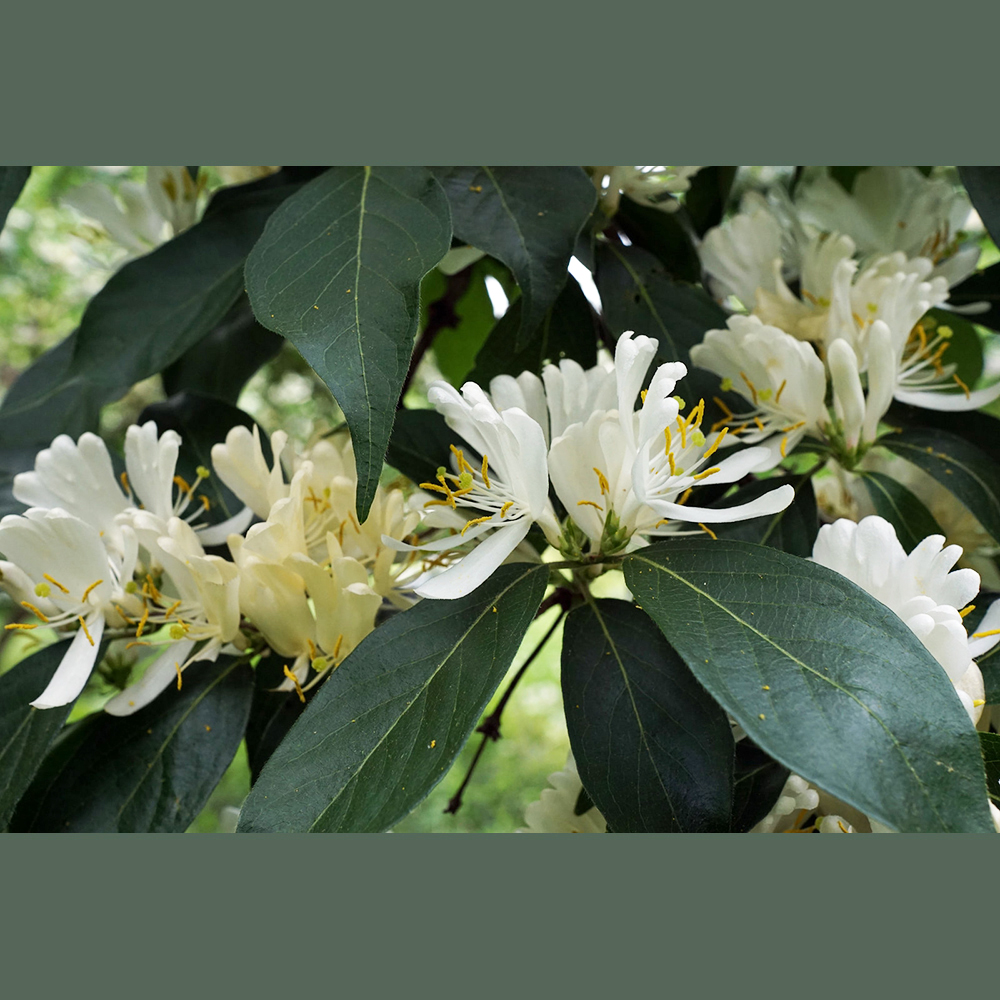 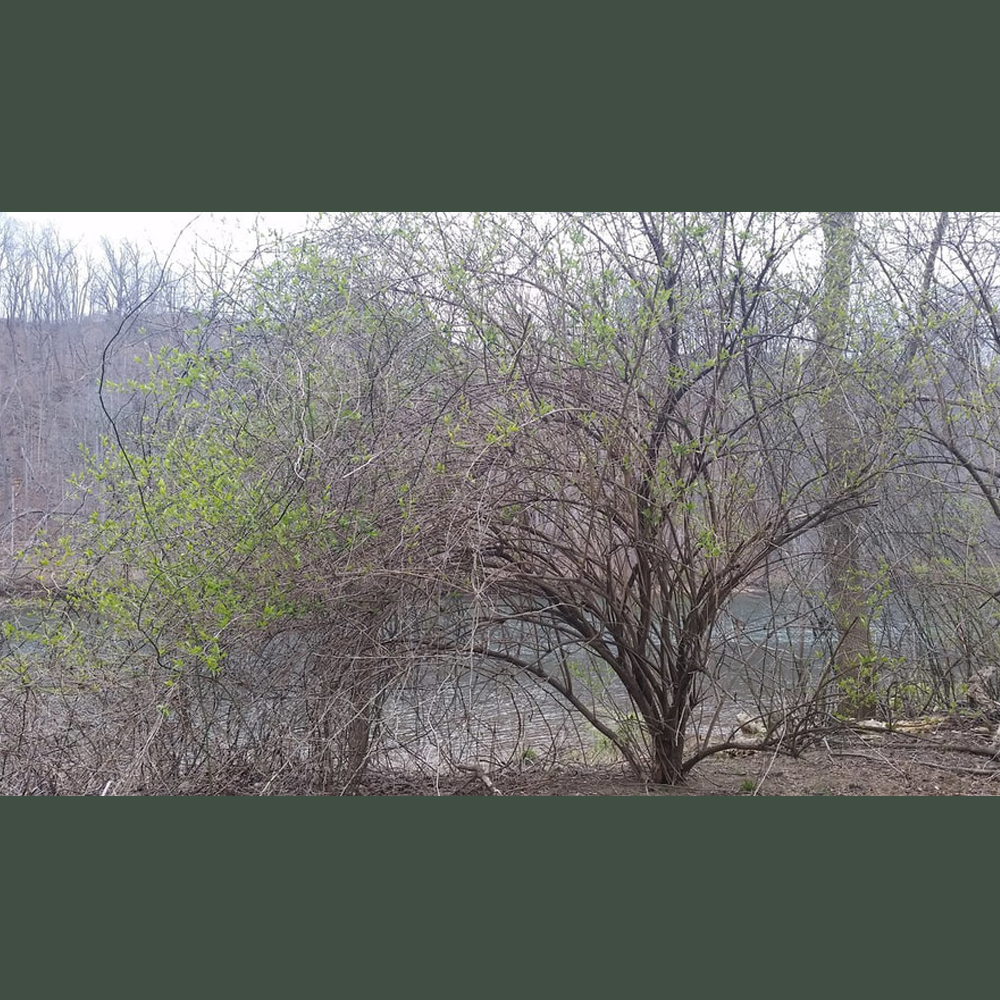 The invasive honeysuckles employ the neat trick of leafing out in early spring. This shades out native plants and give the honeysuckle a competitive advantage. Photo: Karissa Aly.

This week we feature Lonicera maackii (Amur honeysuckle) and others of its ilk.

And which do you dislike more? Invasive honeysuckles or buckthorns? A few weeks ago, when we posted about common buckthorn, the response was strongly negative. One person simply wrote, “my nemesis.”

This week we feature the Amur honeysuckle (Lonicera maackii) and include the relentless group of woody Loniceras that choke our woodlands, line the highways, and form impenetrable thickets in our local parks and neighborhoods.

As to how the Loniceras got here, it’s the old familiar invasive story: people brought them here with good intentions—for their forms and flowers, erosion control, and as habitat for birds and animals. Eventually, they performed those functions all too well and became major botanical pests themselves. 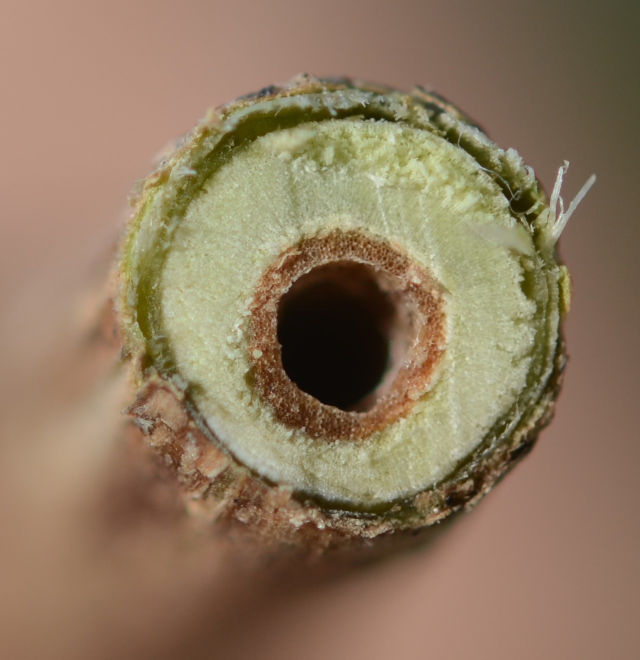 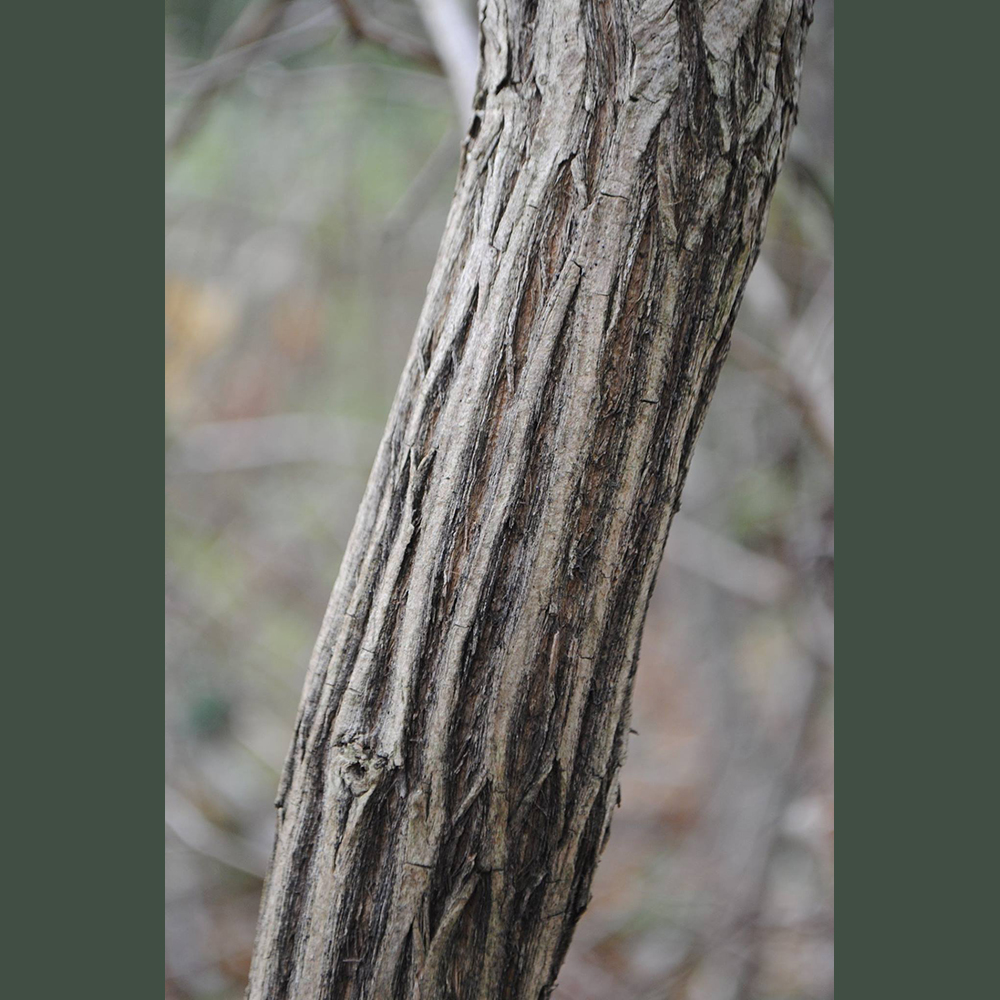 For identification tips, a fall or early spring walk in the woods or local park can be particularly revealing. After all other woody plants have lost their leaves, honeysuckles such as the Amur are still going strong with green leaves intact. In the spring, invasive honeysuckles leaf out first, competing with native plants and shading them out, resulting in a loss of plant diversity.

If you miss the spring and fall Amur honeysuckle shows, ID clues abound for this plant in summer. They sport deliciously fragrant white flowers in late or early June that fade to yellow as they age. Stems are hollow inside. In late summer and early fall, bright-red berries appear. Birds and other animals devour the countless berries, spreading the plant even more.

How to control? Hand pulling individual small plants can work on a smaller scale. If the shrubs are larger, cut them close to the ground in the fall or when the plant is dormant and paint the exposed stumps immediately with herbicide. Both of these methods will likely need to be repeated to eradicate the plants.