Intern post: The Dog Days of Summer at Matthaei-Nichols

The dog days of summer are here.

The term “dog days” dates back to antiquity, when ancient Greeks and Romans believed the pre-dawn rising of the dog star, Sirius, was the source of the scorching heat typical of late summer. The term was translated into English centuries ago, with various current interpretations beyond those defined by astronomy. Some people believe the dog days are “when dogs can go crazy” while many use the term to describe days so hot that even dogs lie around unable to bear the heat (1). 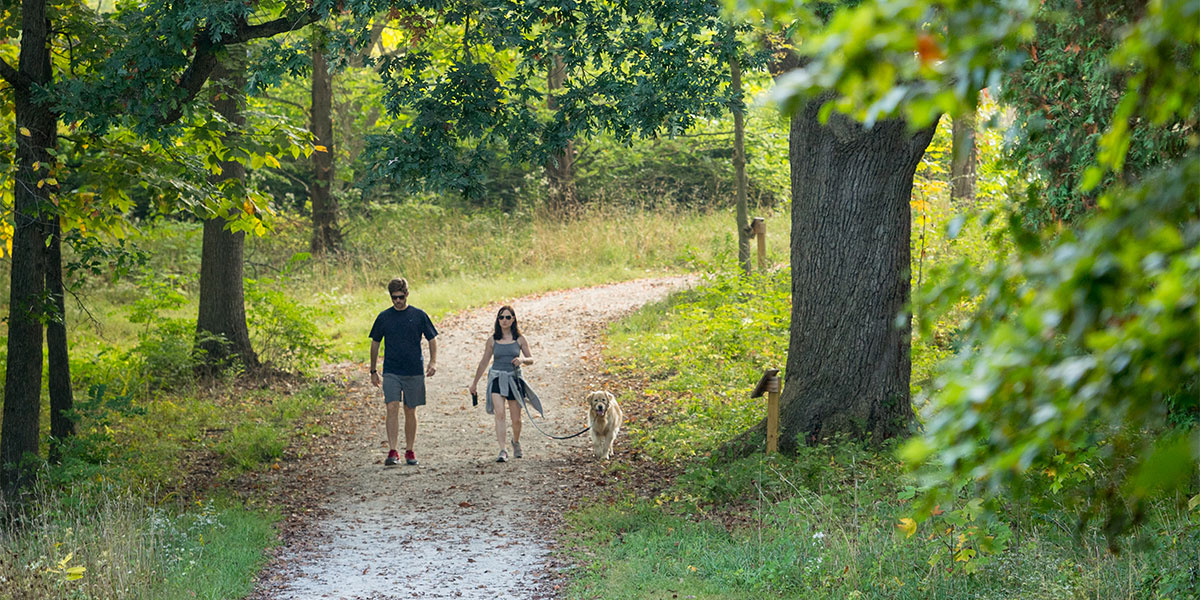 Here in Ann Arbor, I think we can expand the dog days of summer to describe not just these hottest of hot days but the longer summer period where, finally, after enduring a cold and miserable winter, we and our dogs can venture outdoors for extended walks and enjoy nature without bundling up.

If we love dogs, people ask, then why aren’t they allowed at the Botanical Gardens? And why do we require leashes at the Arboretum?

There are several answers to these questions, ranging from ecological concerns to the safety and comfort of guests to legal requirements.

Dogs (even leashed dogs) in natural areas present major threats to the ecosystem, from wildlife disturbance to impacts on water quality and nutrient cycles.

Effect of Dogs on Wildlife
Disturbance to wildlife by dogs takes several forms, including displacement, stress, and mortality (2). Researchers at Colorado State University found that the presence of dogs along recreational trails was associated with “altered patterns of habitat utilization by several wildlife species” including deer and small mammals (3). In Australia, recreational dog walking in woodlands was found to decrease bird diversity (number of different species) by 35% and reduce bird abundance (number of total birds) by 41% (4). 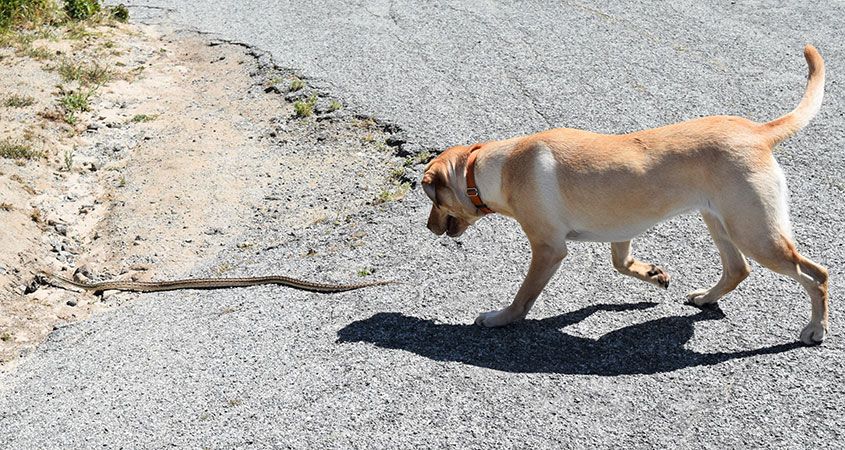 Dogs can also produce stress-response effects in wildlife, which are an animal’s natural physiological responses to perceived threats (wildlife perceive domestic dogs as predators, just as they would wild foxes, coyotes, or wolves). Stress from repeated disturbances, such as those experienced by wildlife along recreational trails, can negatively impact wildlife health, including their reproduction, growth, immune system strength, and susceptibility to disease (2).

The greatest threat posed to wildlife by dogs is mortality. A 2016 study from Poland found that over 33,000 wild animals were killed by free-roaming dogs each year in an area of 252,546 square kilometers, roughly the size of the state of Michigan (5). Closer to home, researchers in Canada found that domestic dogs were among the top three predators that killed white-tailed deer fawns. Beyond predation, dogs can inadvertently kill wildlife by transmitting diseases such as rabies, Giardia, distemper and parvovirus. (2).

Wildlife protection is one of the major reasons that even leashed dogs are not allowed at the Botanical Gardens. Matthaei Botanical Gardens is home to the eastern Massasauga rattlesnake, a federally listed threatened species under the Endangered Species Act (7). Dogs may disturb or even kill rattlesnakes, and rattlesnakes can in turn injure or potentially kill dogs. It’s in the best interest of both species to keep the two apart.

What Dogs Leave Behind
Beyond wildlife interactions, dogs impact our ecosystem by producing waste that negatively affects water quality and nutrient cycling. Researchers from the University of Miami found that dog feces deposited at a recreational beach contained the highest microbial load (enterococci) of animal species studied and suggest that dog feces may be the greatest animal source of enterococci to the beach (8).

Researchers at the University of Minnesota found that 84% of phosphorus inputs within residential landscapes were due to dog feces (9). Phosphorus is an essential element for plant life, but excess phosphorus entering natural water bodies (such as the Huron River) can lead to harmful algal blooms and eutrophication downstream (10).

From a safety and comfort perspective, we require dogs to be leashed to ensure that all guests can fully enjoy the Arboretum. Your dog may be sweet and well-behaved in your presence, but if it runs ahead of you on the trail and encounters a stranger it could act unpredictably. Many visitors feel uncomfortable or even scared when they encounter an unleashed dog. Additionally, off-leash dogs may defecate along trails or in fields frequented by visitors or staff, and stepping in dog feces is a sure way to ruin your visit to the Arboretum!

Luckily the City of Ann Arbor has several public dog parks, including Swift Run Dog Park, Broadway Park, and Olson Park. These dog parks are locations set aside for dogs and their owners to exercise and play off-leash in a fenced area (11).

As the dog days of summer come to a close, I hope you take the time to responsibly enjoy nature with your dog. 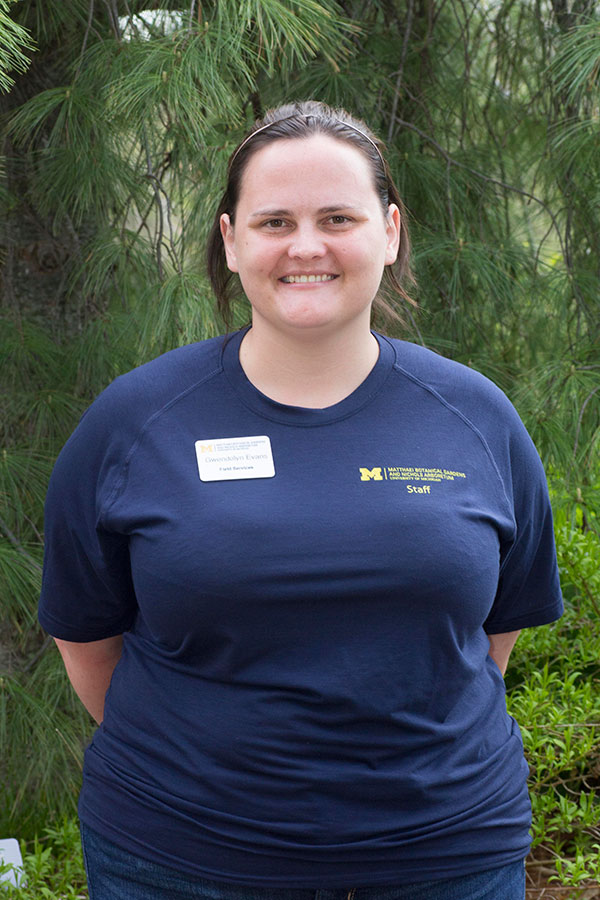