VIEW ONLINE: Magic among the Trees: A Celebration of Shakespeare in the Arb’s Productions of “A Midsummer Night’s Dream”

Matthaei Botanical Gardens is closed but you can still see the exhibit virtually. Check out the virtual video tour of the exhibit below.

Take the video tour of "Magic among the Trees"

For twenty years, Shakespeare in the Arb has been celebrating the beauty of Nichols Arboretum as a backdrop for a multitude of plays by William Shakespeare. A Midsummer Night’s Dream has been performed five times, starting from the first year in 2001, then in 2002, 2005, 2010, 2015, and now in 2020 for Shakespeare in the Arb’s twentieth year.

The exhibit, “Magic among the Trees” features a collection of photographs of A Midsummer Night’s Dream taken throughout the years. These images capture Nichols Arboretum transformed into a world of magic and merriment among the trees.

Shakespeare in the Arb is a collaboration between Nichols Arboretum and the Residential College at the University of Michigan. Director Kate Mendeloff has overseen the productions from the very beginning in 2001. Scenes are staged using natural features such as fallen tree trunks and plant trimmings as props. The play is a moving production: audience and cast travel through the Arb as the scenes change. The effect is a full sensory experience of Shakespeare, with the Arb and nature as the stage.

A Midsummer Night’s Dream takes place in the dream world of fairies and magic. Lovers are confused as a mischievous sprite plays tricks on the cast of characters. Wrongs are righted in the end and all the parties awaken believing the preceding events have been merely a reverie. This collection of photographs taken throughout the years captures Nichols Arboretum transformed into a world of magic and merriment among the trees. 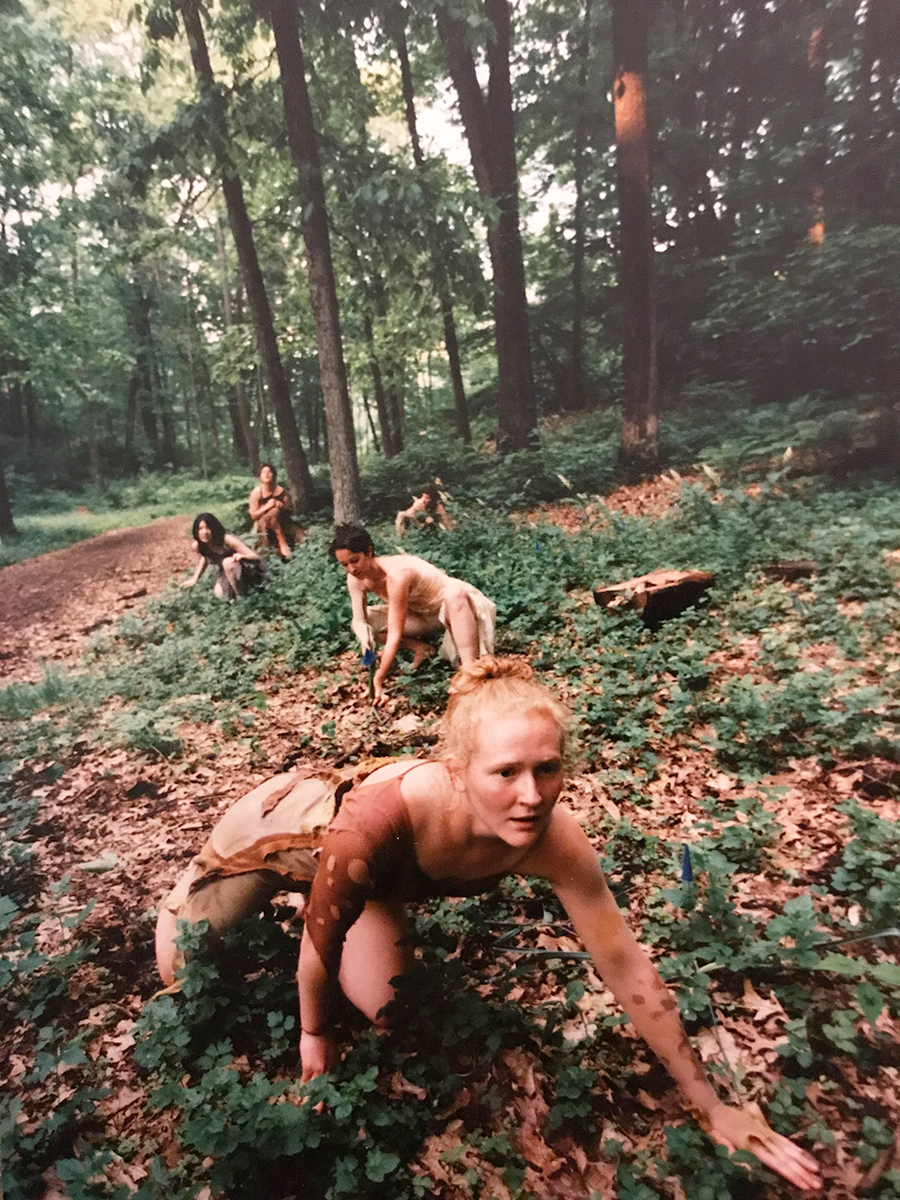 From the very first production of Shakespeare in the Arb in 2001: fairies in the Heathdale in Nichols Arboretum. Photo by David Smith.