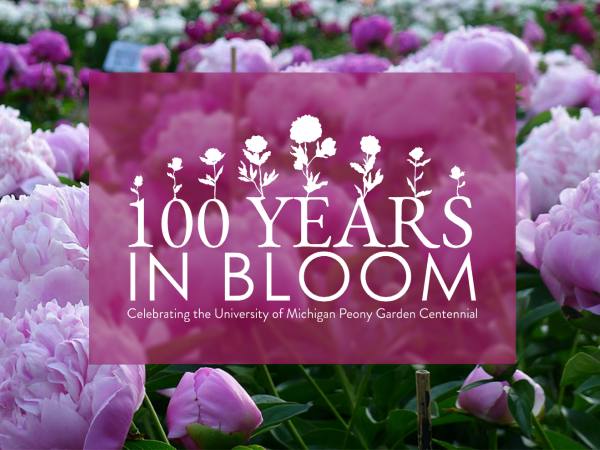 A celebration of the centennial anniversary of the peony garden at Nichols Arboretum. Performances of Korean choral works and a commissioned arrangement by composer-in-residence, Alexis Lamb. Remarks from Nichols Arboretum director Tony Kolenic and others. 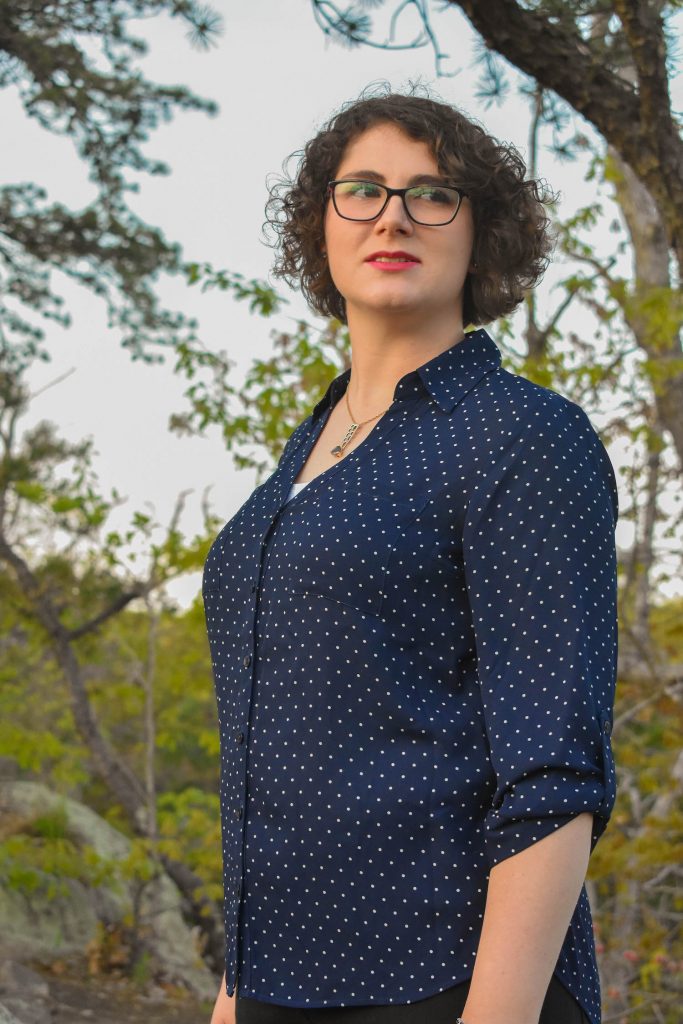 Many of my compositions have been in response to phenomena within the natural world, including rocks skipping over an icy pond and forest fires allowing for regrowth after destruction. In the case of developing new species of peonies, humans can interrupt the natural reproduction cycles of the flowers by creating their own hybrid cultivars, with the hope that a new breed of peony will emerge.
The process of developing hybrid cultivars is represented with 27 single-pipe chimes, one for each peony bed. The chimes are all cut to the same size and ring at or around the same pitch, which creates a drone-like tone. However, the chimes are divided as either Human-Interactive or Nature-Interactive. There are paired chimes for each Human and Nature Interaction. I encourage you to listen, observe, notice, and play with the Human-Interactive chimes. How will the Nature-Interactive chimes impact your responses? What hybrid cultivar sounds may you create with the Nature-Interactive chimes? Are there ways to cultivate a symbiotic relationship that allows for peaceful coexistence between our human sounds and our natural surroundings?

The program will include a performance by “Pungnyu in the Peony Garden”. Featuring a variety of traditional Korean instruments and genres including: danso, haegeum, janggu, geomungo, piri, pansori.  Pungnyu means ‘wind and stream,’ and it represents the connection Korean traditional music has to nature. The sounds are produced by instruments made of materials such as bamboo, silk, and aged wood, creating sonorities reminiscent of the wind blowing through grass and the rustling of leaves. This performance celebrates the beauty of our natural world and encourages us to sit, listen, and drink up the beauty of our surroundings. 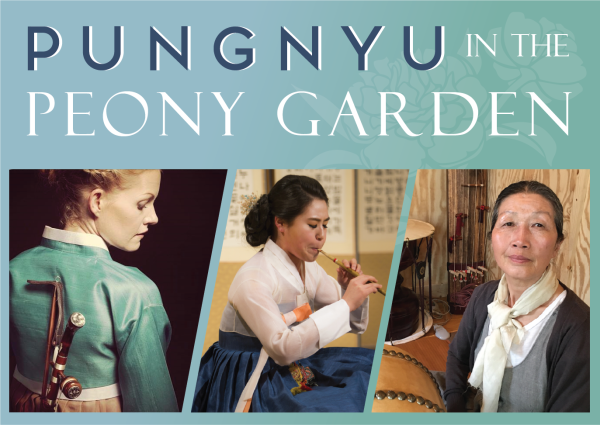 “Pyeonsudaaeyeop” is a part of the classical lyric song repertoire. This particular piece is meant for a female singer with accompaniment. The version we will play is the instrumental version, featuring the 6-string plucked zither (geomungo), bamboo flute (danso), and two-string bowed lute (haegeum).
The original lyrics to this piece, known historically as “moraneun [peony],” are:
Of all flowers, the peony is king;The most loyal is the sunflower.
The lotus is a gentleman, the apricot, a mean fellow, the chrysanthemum, a recluse, the plum, a poor scholar, the gourd flower, an old guy, the carnation, a young thing, the rose mallow, a shaman, the begonia, a harlot.
Among theseThe pear blossom is the poet-dilettante, and the blossom of the pink peach, blue peach, tri-colored peach is the only one who seems to know how to have any fun.

Piri Solo ‘Sangnyeongsan Puri’
“Sangnyeongsan” is a piece in the the aristocratic chamber repertoire. This version of the piece is for the reed instrument, piri. The slow and majestic melody highlights the beauty of the piri’s sound.

Han Gapdeuk Geomungo Sanjo, “Jungmori” and “Jungjungmori”
Sanjo means ‘scattered melodies.’ The genre developed in the 19th century out of the shamanic performance context. Performers took pieces of melodies from ritual accompaniment and developed these into structured pieces and virtuosic performances. The geomungo is a six-string zither historically connected with the aristocracy. Han Gapdeuk’s sanjo for geomungo is both bold and gentle, revealing the deep natural tone colors of this beautiful instrument.

“Emperor’s Flower Song”–Scene from the Song of Shimcheong, pansori (vocals and drum)
The word ‘pansori’ literally means a ‘song performed in a pan,’ which refers to a space or a stage on which something happens. Pansori is a genre in which a vocalist acts as a storyteller. The vocalist performs with a drummer who serves as essential support for the performer. Pansori performances can last for hours, as these tales from folk heritage are quite epic. In this performance, Chan E. Park will perform a scene from the Song of Shimcheong; a story about a dutiful daughter who sacrifices everything for her blind father.