Intern post: Documenting Poisonous Plants and Coexisting with Them

Each intern in the Nature Academy internship program at Matthaei Botanical Gardens & Nichols Arboretum chooses a summer project to research and report on. The project culminates in a poster displayed in Matthaei’s public indoor spaces. Interns also write a blog post about their project concept or the research they’ve conducted. 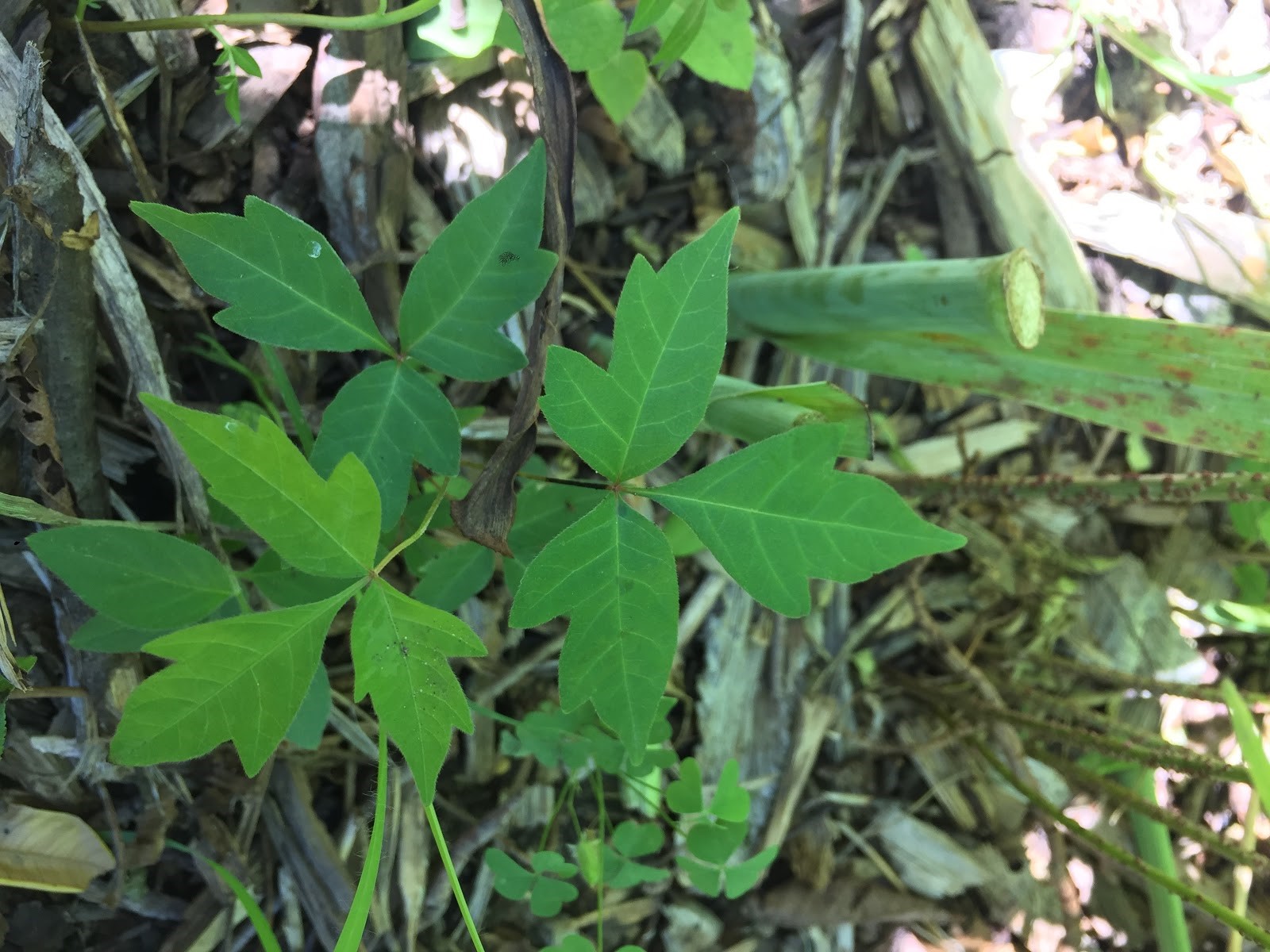 Young leaves of Toxicodendron radicans, or poison ivy, displaying the characteristic trifoliate form with wide teeth. This specimen was found in a bed of winged sumac outside the Medicinal Garden at Matthaei. 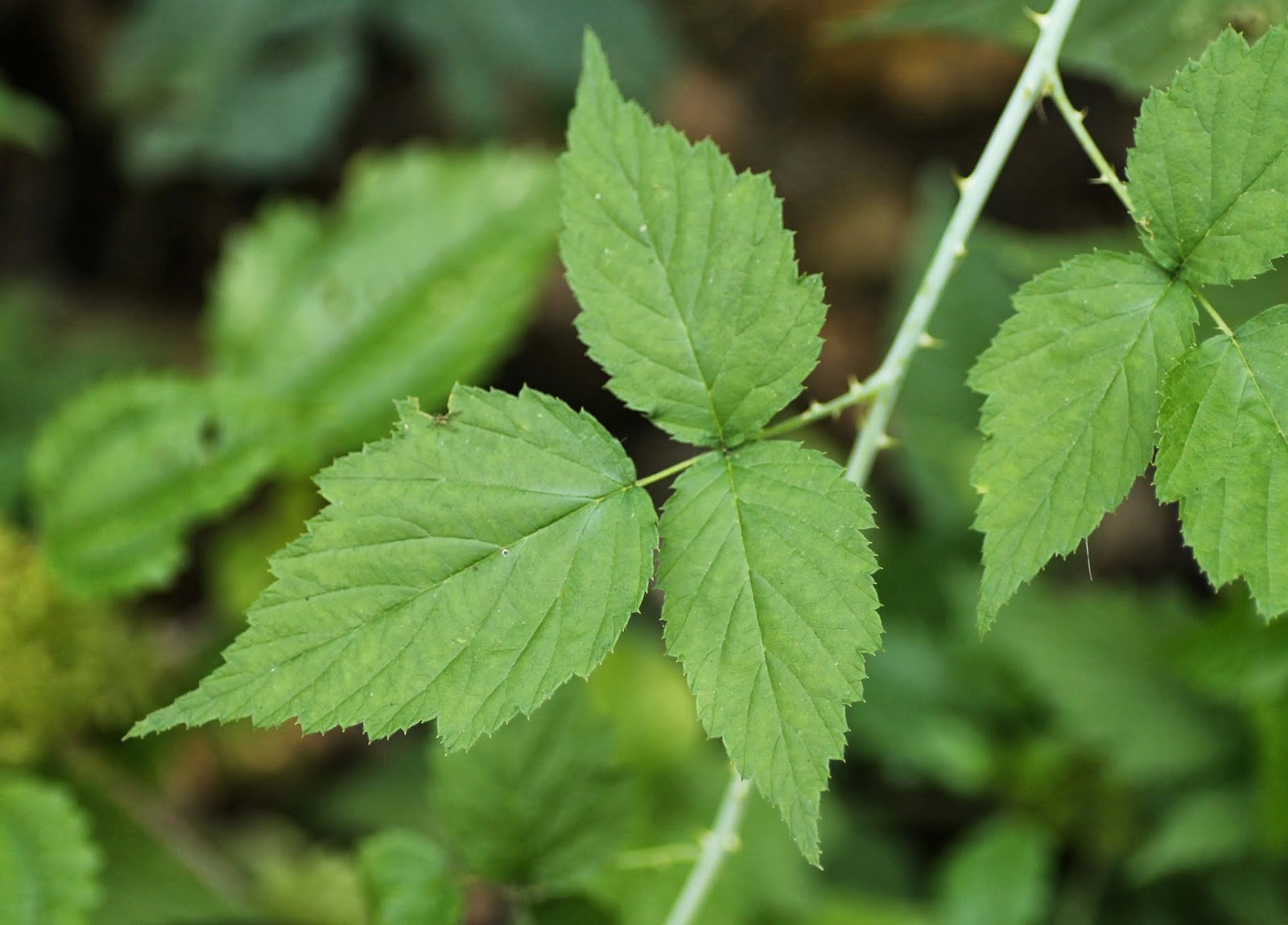 Rubus occidentalis, or black raspberry, a poison ivy lookalike. R. occidentalis has finer-toothed leaves, prickly pale green or purple stems, and pale undersides of leaves that poison ivy does not have. Read more. 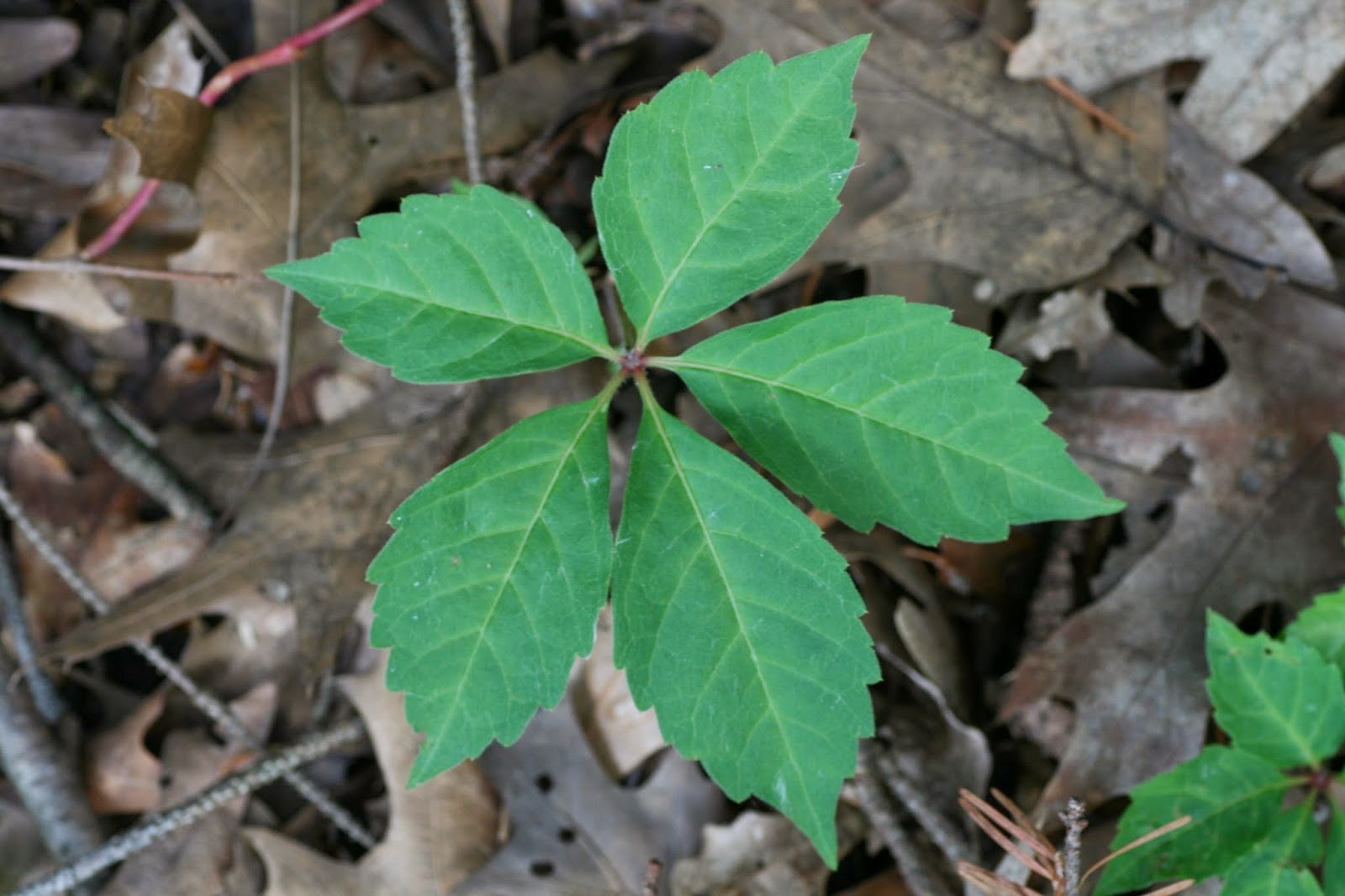 Parthenocissus quinquefolia, or Virginia creeper, a poison ivy lookalike. While the leaflets are shaped very similarly to poison ivy and can occur in groups of three, it is mostly seen with five-part leaflets. Read more. 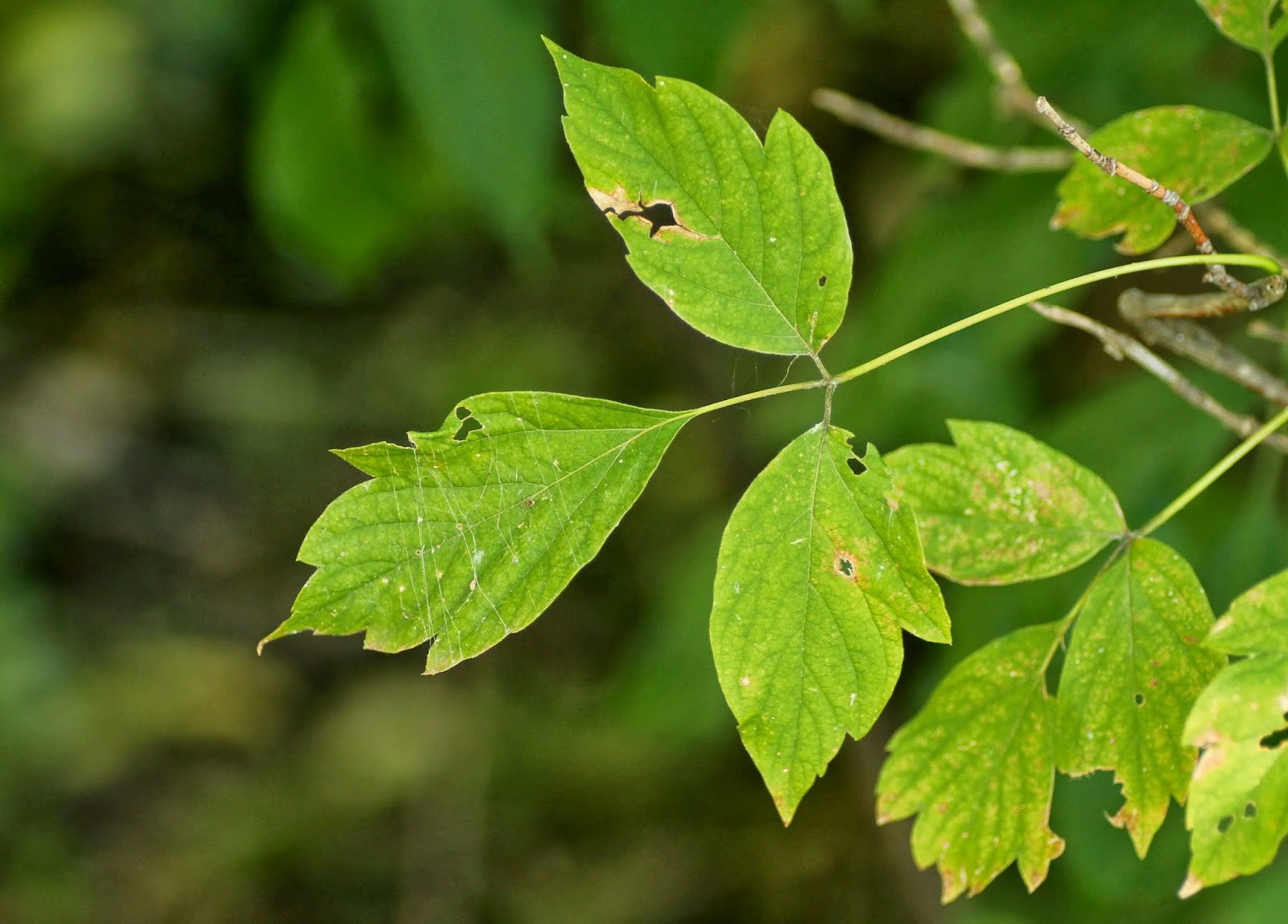 Acer negundo, or boxelder, a poison ivy lookalike. While the leaflets are shaped very similarly to poison ivy, they branch oppositely off the stem while poison ivy branches alternately. Read more. 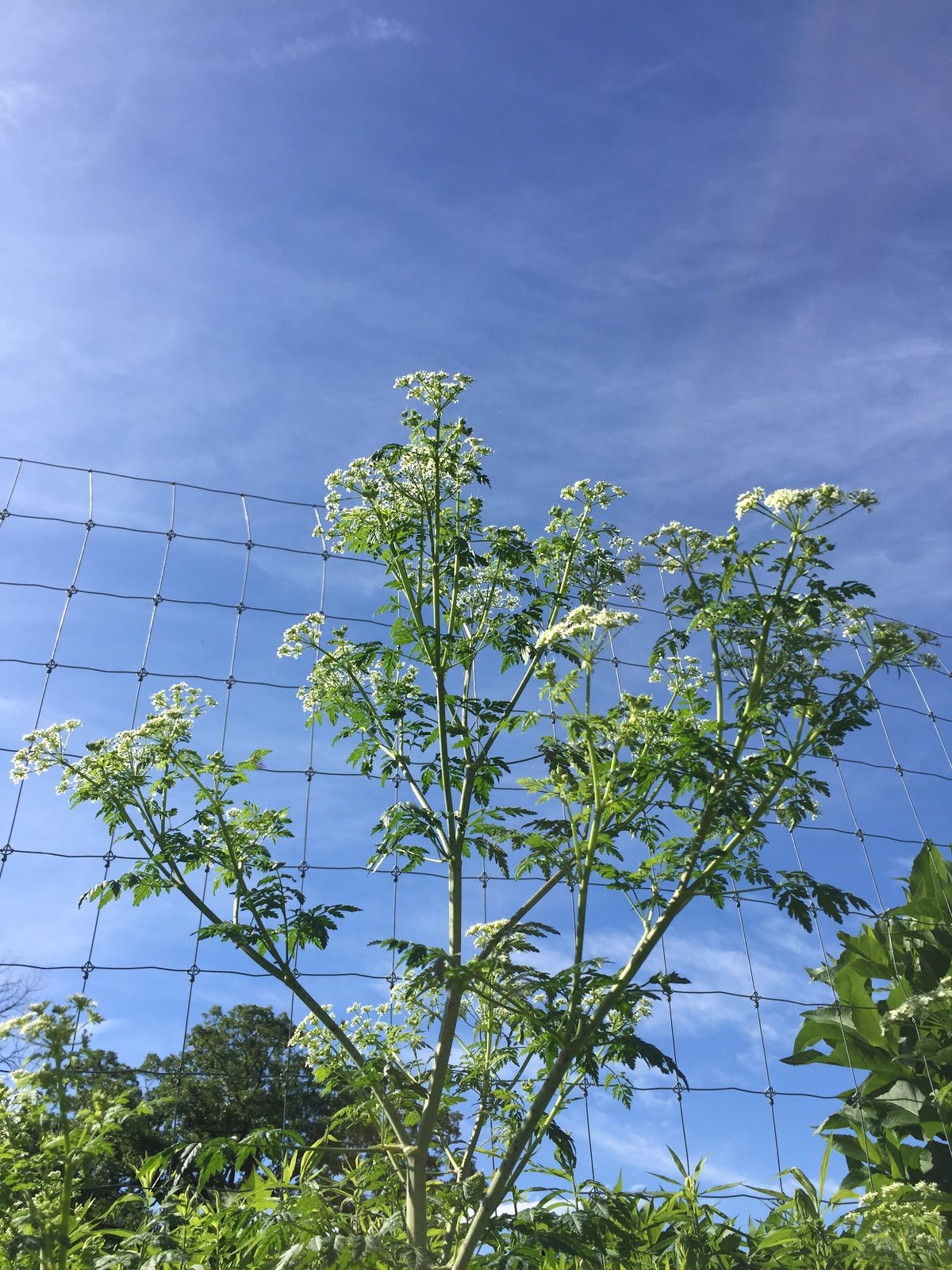 Conium maculatum, or poison hemlock, outside the fence of the Gateway Garden. This specimen was about six feet tall and has since been removed. 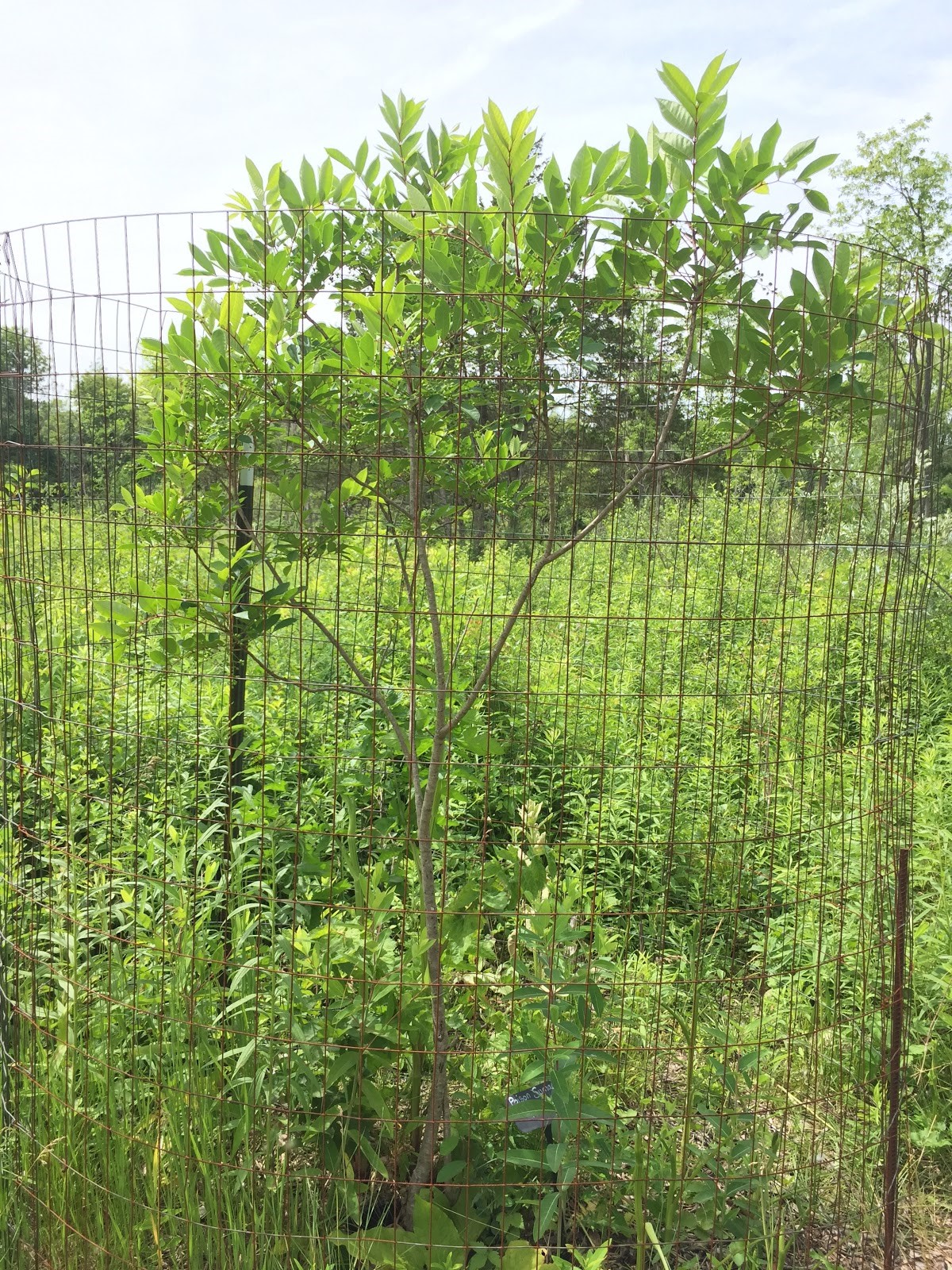 Toxicodendron vernix, or poison sumac, on the Sue Reichert Discovery Trail. It is contained in a large tree cage to avoid contact with people.

For most people, poison ivy (Toxicodendron radicans), poison sumac (Toxicodendron vernix), and poison oak (Toxicodendron diversilobum) are three familiar names that we’ve been warned about all our lives. But it turns out there are many more plants we share the outdoors with that have the potential to harm humans. (Some good news: poison oak doesn’t occur in Michigan and poison sumac is mostly confined in this area to swamps and wetlands.) Many poisonous plants can actually be found at Matthaei Botanical Gardens & Nichols Arboretum, whether it be on the trails or even planted in the display gardens.

My project this summer aims to compile a guide to dangerous plants found at the gardens or on the trails, describing characteristics, hazards, and where it occurs. My goal is to both warn about what not to touch or taste, but also to reduce fear of the outdoors through learning to coexist with poisonous plants. Most people are taught from a young age to avoid poison ivy, but they often can’t identify the plant. Misidentification and uncertainty lead to needless fear, since most plants we encounter outside are harmless.

Take poison ivy as an example of the problem of misidentification. Poison ivy is a widely known, harmful plant that causes rashes or blisters of varying severity on contact with skin due to a compound produced by all parts of the plant called urushiol. (Currently I am typing this with poison ivy rashes on both of my arms, an unsurprising outcome of working outside all summer.) Most people know poison ivy can be a vine, and have heard “leaves of three, let it be,” but so many plants fit this vague description that we may end up shying away from harmless lookalikes such as black raspberry (Rubus occidentalis), Virginia creeper (Parthenocissus quinquefolia), or boxelder (Acer negundo). The leaflets of poison ivy have a few chunky teeth (as opposed to black raspberry’s finely toothed margins and pale undersides), occur only in groups of three leaflets (Virginia creeper can have three, four, or most often five leaflets), and branches alternately off the stem (boxelder branches oppositely). Of course, the best way to tell poison ivy and other poisonous plants apart from their lookalikes is to practice identifying real plants outside. At Matthaei-Nichols we control poison ivy with removal and the careful use of herbicides, but it is still found occasionally on the property.

Because they have names similar  to known poisons, plants like hemlock trees and staghorn sumacs get a bad reputation. The Eastern hemlock (Tsuga canadensis) is a beautiful native conifer whose needles can be used to brew a tasty, vitamin C-rich tea. It is completely unrelated to what most people have heard of as the “poison” hemlock (Conium maculatum), a member of the carrot family that resembles Queen Anne’s lace and can be fatal to humans when ingested. Defining characteristics of poison hemlock include a tall (up to seven feet), purple-speckled stem, clusters of white flowers at the top, and dissected, fern-like leaves. We control for this plant at the gardens by pulling it, and recently removed one from right next to the entrance to the Gateway Garden (pictured).

Similarly, poison sumac and other sumacs don’t even belong to the same genus. Poison sumac, or Toxicodendron vernix, is more closely related to poison ivy than it is to other sumacs, which belong to the genus Rhus. They include plants like staghorn sumac, smooth sumac, and fragrant sumac, all of which are harmless and are often planted as ornamentals or even used in cooking, but unfortunately sometimes the name is still associated with poison. At Matthaei, you can find poison sumac on the Sue Reichert Discovery Trail, labeled and caged on the west side of Willow Pond (pictured).

Also, much of the time, the plants that are poisonous and undesirable to us are native species that play an important role in our ecosystem. Poison ivy is native and its leaves and berries feed many species of woodland mammals and birds. Mayapple (Podophyllum peltatum) is completely toxic to humans except for its ripe fruit, but is an important forest understory species. (It is planted in the Medicinal Garden and the Great Lakes Woodland Garden.) An important part of conservation is not just removing or spraying species harmful to humans, but taking into account our ecosystem as a whole and considering the impact different plants have on it. A good resource for learning plants, poisonous or otherwise, is Michigan Flora Online and its accompanying book, Field Manual of Michigan Flora. Learning the species that grow in your backyard and on trails is a great way to familiarize yourself with the outdoors, and being able to coexist and thrive alongside poisonous plants.

Gucci Fan is the 2018 Great Lakes Garden intern. Originally from Okemos, Mich., and now a rising junior at the University of Michigan, she is studying Program in the Environment (PitE) and Ecology, Evolution, and Biodiversity (EEB). This summer Gucci is excited to work with native Michigan plants and learn to operate heavy machinery. Her internship was made possible by a gift from Paula Piehl to further studies of natural history and the preservation of ecological biodiversity and to encourage the study of rare and endangered species. 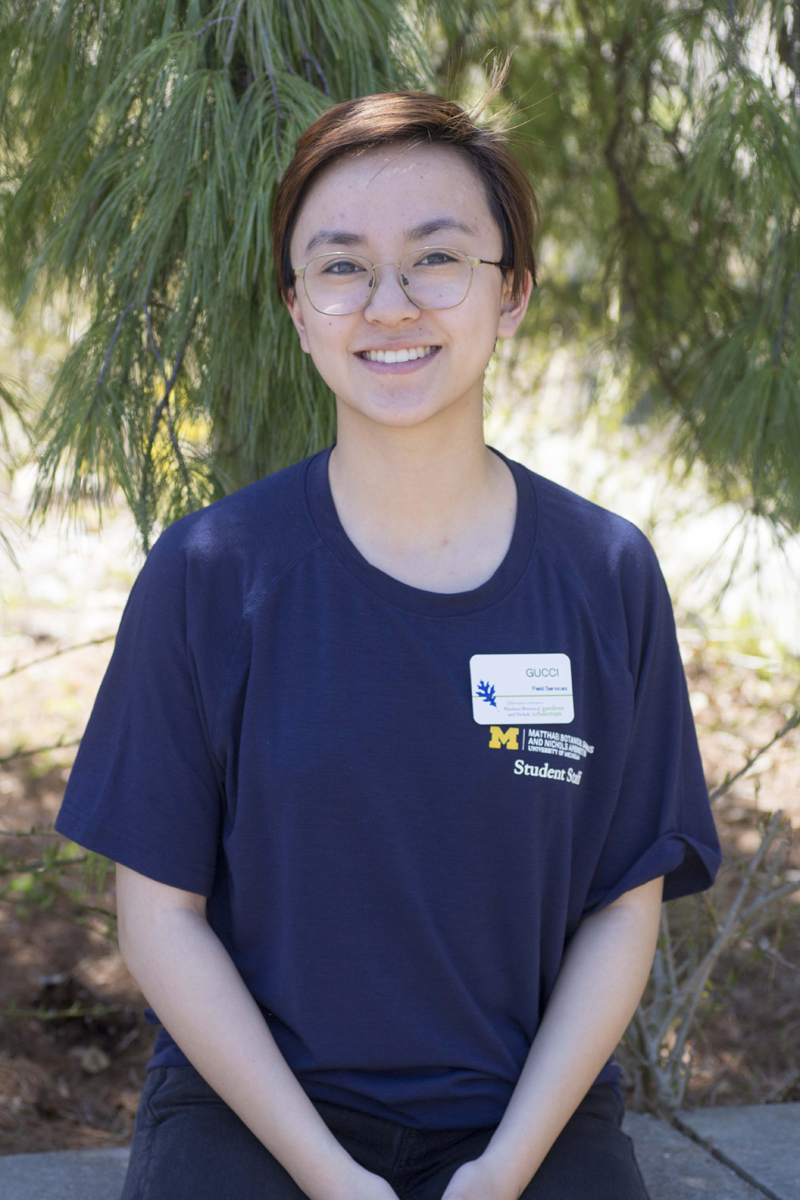