By Claire Roos
Horticulture intern Claire Roos discovers the surprising diversity of the widely cultivated Lamiaceae, or mint, family
Whenever I find myself weeding in a garden my thoughts tend to wander from the absurdly mundane to the dramatically profound. It was during one of these moments, while I was pulling out every curmudgeonly weed I could find in the Alexandra Hicks Herb Knot Garden at Matthaei, that an interesting observation occurred to me. 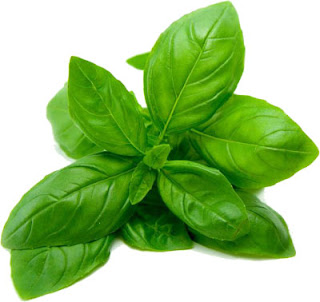 As I perused the culinary beds, it struck me that although basil (genus Ocimum) and mint (genus Mentha) have drastically different flavors, they belong to the same family, the Lamiaceae family. The spark had then been lit, and I promptly set out on an investigation. I soon discovered that not only were basil and mint in the same family, but many common herbs belonged to the Lamiaceae family as well, including sage (genus Salvia), rosemary (Rosmarinus officinalis), thyme (Thymus vulgarus), marjoram/oregano (Origanum majorana), savory (genus Satureja), lavender (Lavandula angustifolia), bergamot/beebalm (genus Monarda), hyssop (Hyssopus officinalis), and catnip (Nepeta cataria). How could it be that a single plant family is responsible for such domination in human culinary creations? At this point, I began my research on the mystery and magic of Lamiaceae.
The Lamiaceae family, commonly referred to as the mint or deadnettle family, is a group of related flowering plants characterized by its opposite leaves, square stems, and hypogynous (growing on the undersurface of leaves) flowers. Members of this family are known for their strong aromatic qualities. That being said, their aroma is not the only trait that makes these plants stand out; they also exhibit remarkable morphological diversity with species ranging from ephemeral herbs, to shrubs, to long-lived trees. It is therefore unsurprising that Lamiaceae species are cultivated by humans not only for their essential oils, but also for their seeds (Salvia hispanica, commonly called chia), high quality lumber (Tectona grandis, the teak tree), and tubers (Plectranthus rotundifolius, the Chinese potato).
So, how did Lamiaceae species end up being so popular and widely cultivated by humans? While I was unable to find a specific answer, I think I’ve been able to piece together some major factors for their success. To start, it turns out that Lamiaceae is presently the sixth largest angiosperm family in the world (with more than 7,200 species total), growing in all continents except Antarctica. Gathering from what I remember from Intro to Biology, a phylum’s success is generally contingent on the degree of diversity of the species that are classified under said phylum. We can therefore make the assumption that even before human use of the plants, the high diversity of species in the Lamiaceae family is a result of a particularly vigorous genetic code. This combination of genetic diversity and widespread distribution meant that humans already had a lot to work with when they started selectively breeding plants for agricultural cultivation, allowing for a wide array of cultivars to be produced by all different cultures worldwide.
Furthermore, while this may be obvious enough, when cooks use herbs to spice up their cooking, they look for plants that are particularly aromatic. As I mentioned previously, a common characteristic of the Lamiaceae family is its strong essential oils, which are perfect for adding flavor. In addition to that, the strong odors associated with Lamiaceae also form terpenes, compounds that seem to be effective in suppressing the growth and germination of surrounding plants. Talk about a competitive advantage! And considering Lamiaceae’s easily identifiable characteristics, I would guess that after having successfully consumed one member of the Lamiaceae family, our ancestors were more likely to continue experimenting with eating plants that looked similar to the ones they already had proven safe. To top it off, Lamiaceae species are relatively easy to propagate by cuttings and seed, facilitating the process of selective breeding. The combined factors of having an already diverse wild gene pool, strong essential oils, an impressive vitality, and ease of propagation argue for Lamiaceae’s lasting presence in human culinary culture.
Claire Roos, from Ann Arbor, is entering her senior year majoring in Program in the Environment and Spanish. Claire is working as a horticulture intern this summer.