If you’ve been to a Shakespeare in the Arb performance in the last 16 years, you’re familiar with David Zinn’s work. Since 2002 David has designed the eye-catching Shakespeare in the Arb posters. But as the 2018 Shakespeare in the Arb season approaches he’s stepping away from the role of poster designer for the play. “I’ve been particularly proud of the designs for the program over the years,” he says, “but I have also shifted into an entirely different career during that time frame. I stepped away from all my other commercial art projects a couple of years ago, needing an increasing amount of time for commissioned street art installations and workshops in Michigan and elsewhere.” Designing the poster is the last one he’s handing off “because it’s been my most uniquely rewarding challenge as a designer.”

Unfortunately, David explains, the poster designs are time-intensive, “and now that I’m out of the habit of using the tools required – and have pulled every visual trick I can think of for the images themselves – it’s just not a practical commitment for me. I’ve reached the point where I can either cut corners to produce images that fall short of the good reputation we’ve established, or I can give another artist a chance to be inspired by a great opportunity.”

David Zinn’s Shakespeare in the Arb posters are instantly recognizable and as well known as the June productions themselves. He explains that the silhouetted style of the Shakespeare in the Arb posters is the direct result of director Kate Mendeloff’s first request when the poster for the inaugural production of A Midsummer Night’s Dream was discussed.

“I want it to be about people and nature. No fairies.” Mendeloff requested. “Before she said that,” recalls David, “my mind was already jumping ahead to all kinds of fairy-based images for the design, so having them taken off the table was a real creative challenge.” He says that Mendeloff’s restrictions turned out to be a good thing, “because the silhouette approach provides a sense of magic and illusion in a less obvious way, and it addresses the feeling of being in the Arb at sunset, which is one of my favorite aspects of these performances.”

David says he’s currently assembling a third book of his chalk art installations to follow Temporary Preserves, which came out a couple of years ago.

In the meantime, say hello to local artist Jennifer Harley, who designed the 2018 poster.

David Zinn’s first Shakespeare in the Arb poster from 2002: A Midsummer Night’s Dream 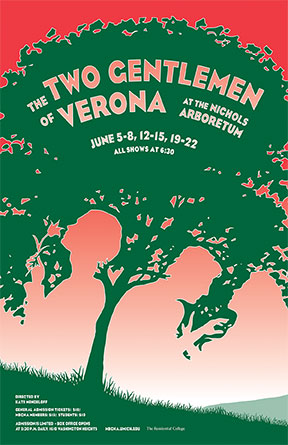 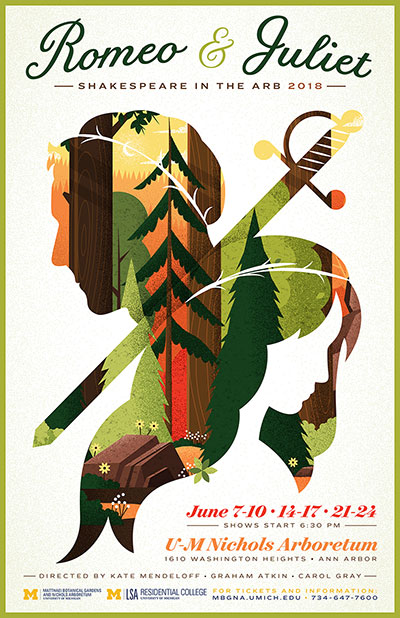 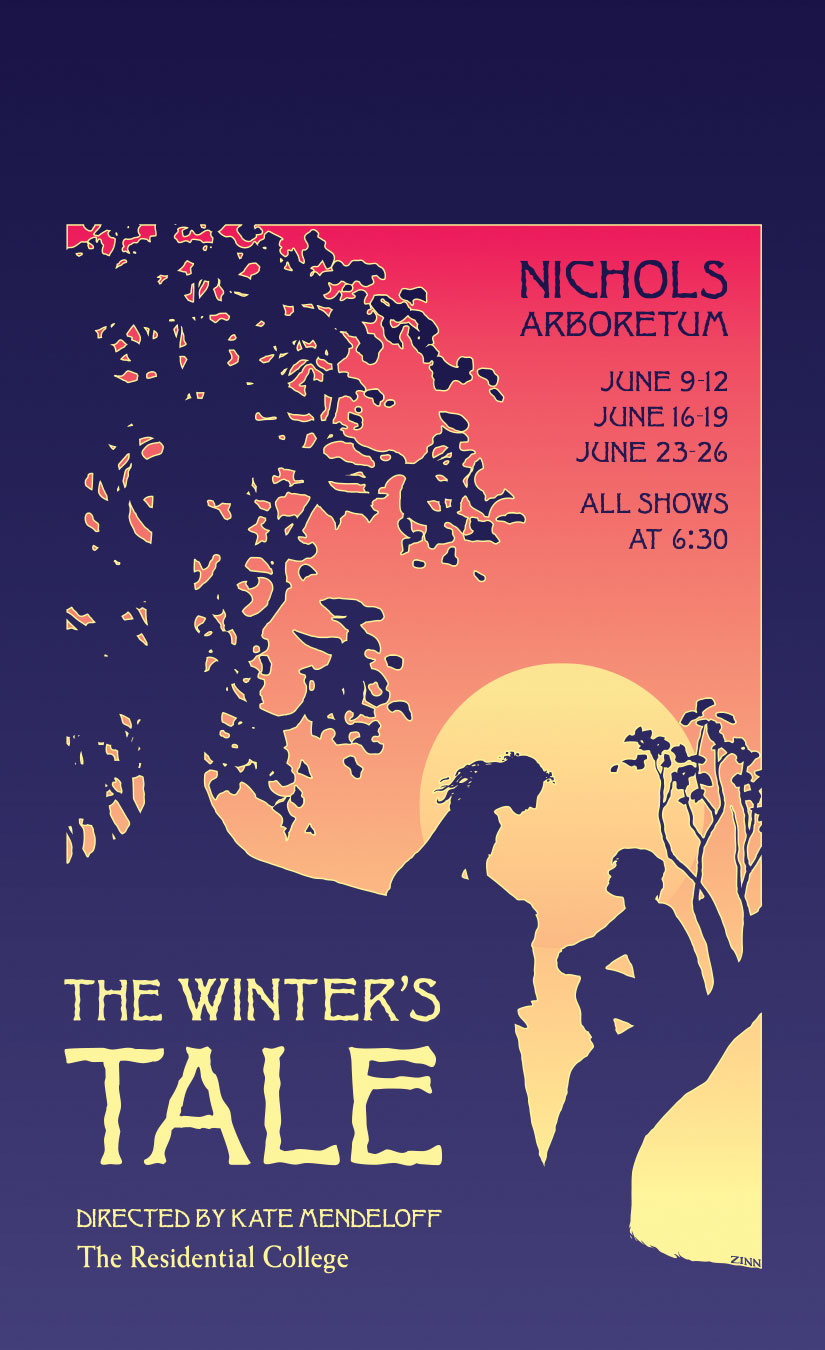 Zinn’s poster for The Winter’s Tale from 2011 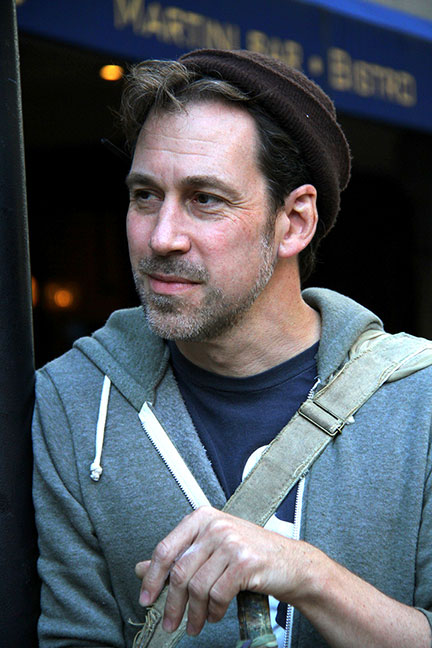