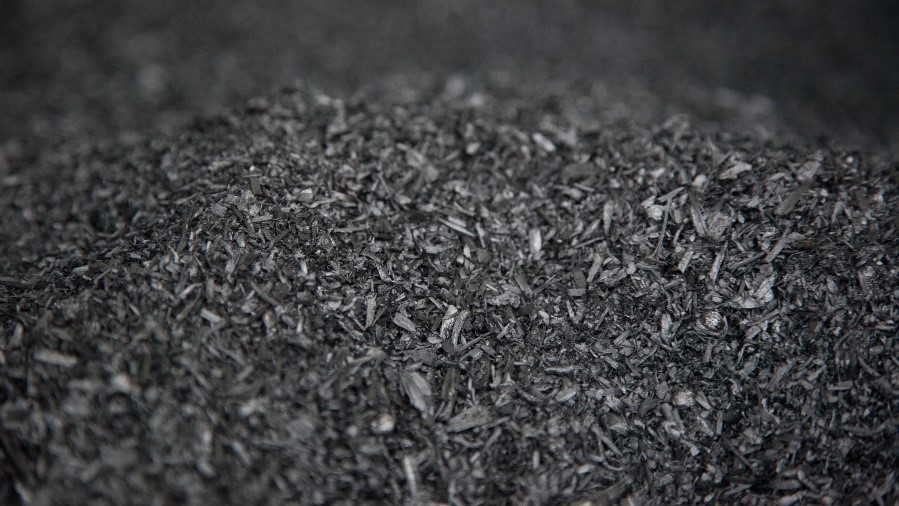 For my project, I am creating biochar and testing its applications to the Campus Farm. It’s an area that I am very passionate about and that inspired me to do a thesis, rather than a master’s project at the School for Environment and Sustainability (SEAS).

It’s a product that can be made simply with such a wide range of applications. Some view it as a “silver bullet” while others see it as “snake oil,” which is why I believe it needs to be studied and discussed more. Biochar application on rural farms is standard, but I’ve also wondered about its potential positive effect on the emerging practice of urban agriculture.

The Promise and Challenge of Urban Gardens
Urban agriculture has developed as a way to increase local-food accessibility for citizens who live in areas where vacant lots have grown in number. Many obstacles still plague urban farmers, however—soil degradation being one of the biggest. Vacant lots have increased in industrial cities as populations have left for jobs in surrounding suburbs. Detroit, for example, had lost nearly 60% of its peak population by 2010. As the population shifted, solutions were needed to address the effects of that change.

Local officials and communities have discovered a new purpose for those vacant lots. In an effort to combine form and function, urban gardens and farms have sprouted where brown lots, houses, or industrial buildings once stood. But the soil that remains on those lots is often contaminated and thus not suitable for agriculture.

So how do we address the soil? One solution would be biochar. This soil amendment is produced when biomass is heated between 500 to 700 degrees Celsius  in a closed container with little to no air. The result is a charcoal like substance that can be applied to soil as an amendment or used to filter water. While several treatment options exist for soil reconstruction, biochar may offer solutions that are more effective and cheaper than conventional means.

Biochar offers some distinct characteristics that make it a valuable tool. When added to the soil, biochar alters the physical nature of the soil by influencing texture, structure, porosity, and consistency through changes to the bulk surface area, pore size distribution, as well as density and packing, such as breaking up condensed clay soil. 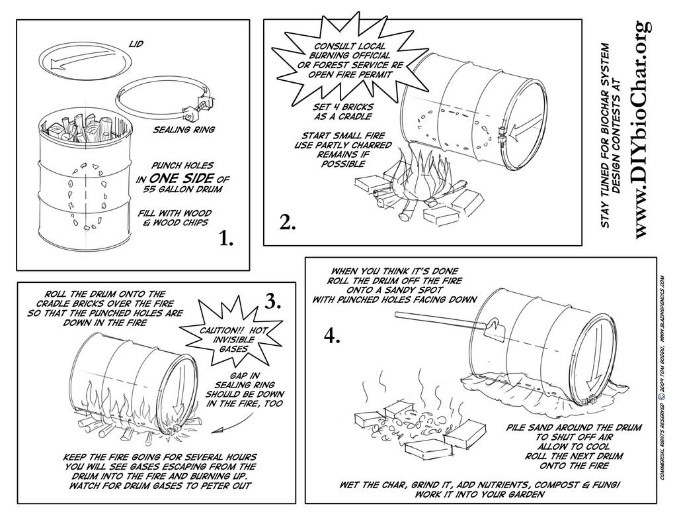 It’s important to note that biochar doesn’t require new resources. Instead it uses existing sources in the form of biomass. While biochar doesn’t add essential macro-nutrients to the soil, such as nitrogen, it locks down macro-nutrients and increases carbon, and in doing so can increase the biomass of plants that grow in soil amended with biochar. A fertilizer or compost is still required as a supplement, but when biochar is present in the soil, smaller amounts of fertilizer are required.

Biochar also acts like a sponge in the soil, soaking up water. This is beneficial for several reasons. It reduces runoff (and thus lessens nutrient loss) in areas with high precipitation and increases moisture retention in climates where droughts occur. Because the quality and physical properties of biochar are heavily influenced by the source material and the method for creating it, it is more of an art form than a science.

Other Solutions to Poor Soil
On the surface, vacant lot soils may appear to be in good condition and may score healthy on a standard soil test. However, because of their location and use history, vacant-lot soils may have severe physical and biological constraints. Major soil degradation is common in urban areas due to disturbance. Soil contamination is also prevalent in urban areas, lead (Pb) being the most abundant contaminant. There are many issues that result from how the soil has been handled over time, from initial building construction to demolition and the land’s eventual conversion into a vacant lot.

While Detroit has a growing urban agriculture movement, the city’s vacant lots have highly compacted soils comprised of clay and sand that may also be contaminated with lead. The most well-known solution to poor soil composition and Pb contamination is the raised bed. Raised beds are relatively cheap and often highly recommended. They’re not perfect, however. With their lower root-depth capacity, raised beds can limit crop choice, and may themselves become contaminated with Pb from fine soil particles blown or worked in from neighboring bad soil. 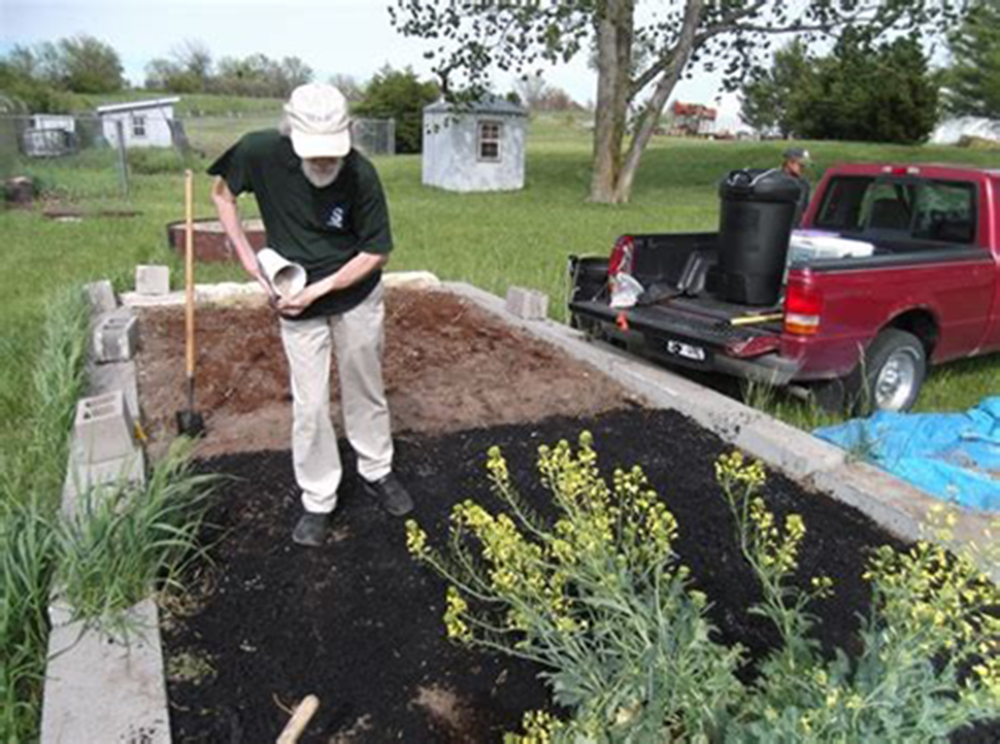 Adding biochar to a raised bed in a garden plot in Detroit.

Raised beds may also need a lot more soil organic matter (SOM) because of the quality of the commercial topsoil underneath the bed. And the underlying soil has often been supplemented with inorganic or synthetic fertilizer. While synthetic fertilizer offers farmers a means to apply high and precise concentrations of nutrients, it is expensive. Synthetic fertilizer is also known to contribute to greenhouse gas emissions, acidification, and carbon loss in the soil.

Biomass, and Lots of It
An often-overlooked opportunity in urban agriculture is ready access to a large amount of biomass. A study in Ohio found that vacant lots carried a rich diversity of biomass that included grasses, weeds, and trees. Tall grasses and trees are traditional forms of biomass that can be used when creating biochar. Regional locals like Festuca arundinacea (tall fescue), a tall grass, and Quercus rubra (red oak), offer urban farmers an opportunity to source their biomass locally.

Closing the loop is about creating products from local, available, and low-cost resources rather than purchasing it elsewhere. For biochar that means building your own kiln and burning your own biomass. For urban agriculture it appears that slow pyrolysis (decomposition resulting from high temperatures) through a drum kiln is the best method for urban farmers. The process for creating biochar is as much art as it is adhering to a carefully prescribed recipe. This is due to the various outcomes desired and the specificities that come from burning different sources of biomass.

Pyrolysis conducted at a slow pace allows for a better learning curve, while speeding up the process poses a higher risk of a product that has little to none of the beneficial characteristics of biochar. Slow pyrolysis also allows for reduced cost in manufacturing of the kiln. A simple drum kit would be most efficient and cost effective for an urban farmer in Detroit. On average, production costs from a drum kiln performing a slow pyrolysis would cost the urban farmer, someone who is running a handful of acres in the city and has a tight budget, $51 per ton char from yard waste, rather than a 2.5 gal bag bought off of Amazon for $18, that won’t even cover a full bed.

There are cons to making your own biochar. The most prominent being upfront labor and time. If you are building your own kiln or gasifier, it will take time and resources before you can start operating. It will also take time to gather the feedstock. However, there are simple builds that will mass produce biochar and with the stability of biochar, it will last in the soil for up to a thousand years. That means a farmer could spend a year for the initial labor and application and never touch it again. They could then share or sell biochar to neighboring urban farms and gardens. Not to mention that by using non-native invasive species, like honeysuckle or buckthorn, farmers would be clearing the area for native plants to return.

Biochar can be an enormous tool for closing the loop for urban farmers. There are many issues that cities and potential urban farmers face when starting an urban garden or farm from a vacant lot: overhead costs, soil quality and effects on and from the urban environment. Where biochar truly closes the loop for urban farmers comes from the accessibility and production. Urban areas produce high amounts of biomass and can be easily accessed by urban farmers to create biochar and eliminate the need to purchase additional biomass or lose large amounts of plot area to growing biomass.

While biochar still requires organic soil matter to add nutrients to the soil, its ability to retain nutrients and water, means that runoff and nutrient loss are greatly reduced. Biochar’s long soil life also means that fewer applications of organic soil matter are needed. Production is not complex and can be done with easily accessible items. This can greatly decrease and even eliminate the cost of purchasing fertilizer, and thereby reducing greenhouse gas emissions that come with fertilizer production and transportation. Biochar is not a cure all, but it does offer safe benefits for soil improvements and offers itself to further studies for urban agriculture.

Michael H. Weiss is a graduate student at the University of Michigan pursuing a Master’s of Science at the School for Environment and Sustainability and a Masters of Public Policy at the Gerald R. Ford School of Public Policy. Before going to grad school, Michael managed a non-profit in Washington, D.C. for several years, where he worked hands on with elected officials from across the country on various issues. After years of office life, Michael realized he wanted to focus more on hands-on field research and maybe one day have a little sustainable farm of his own, where he can make biochar for the rest of his days. 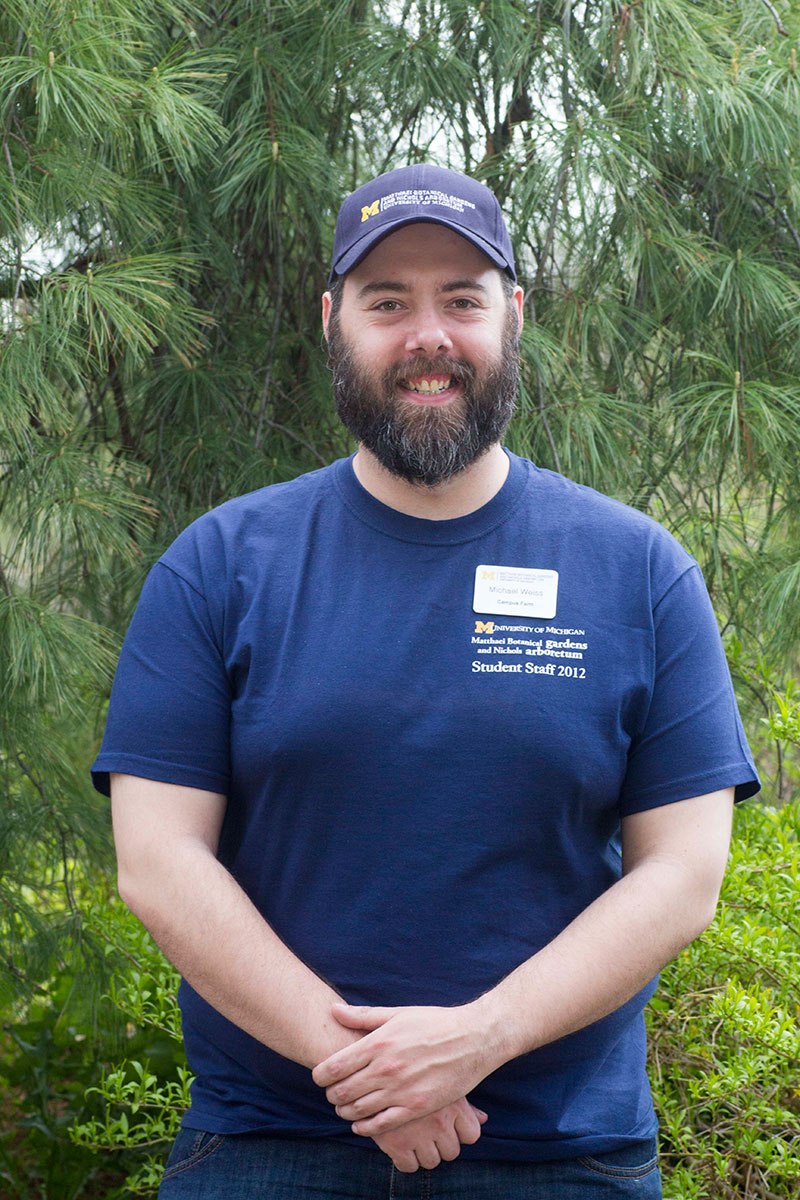