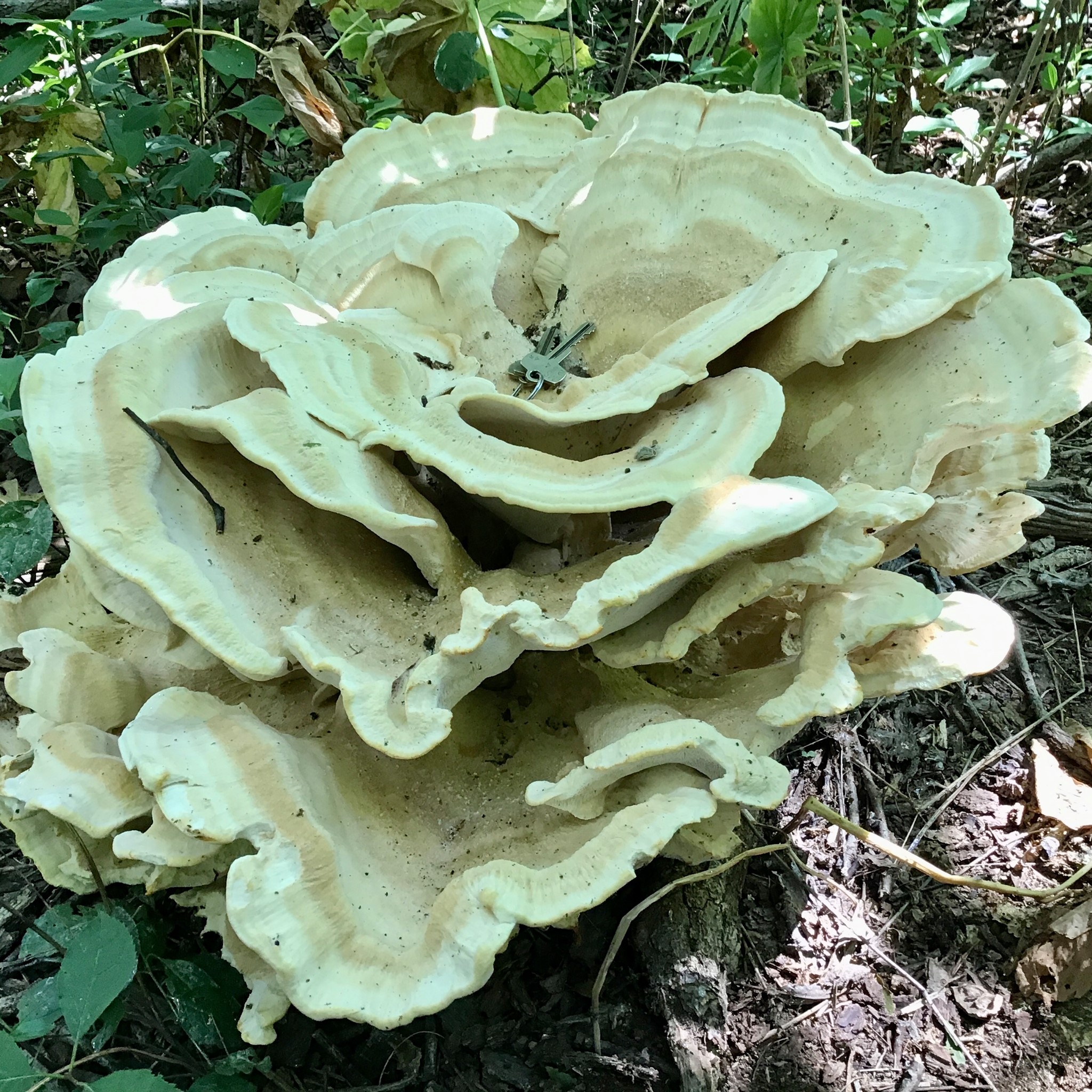 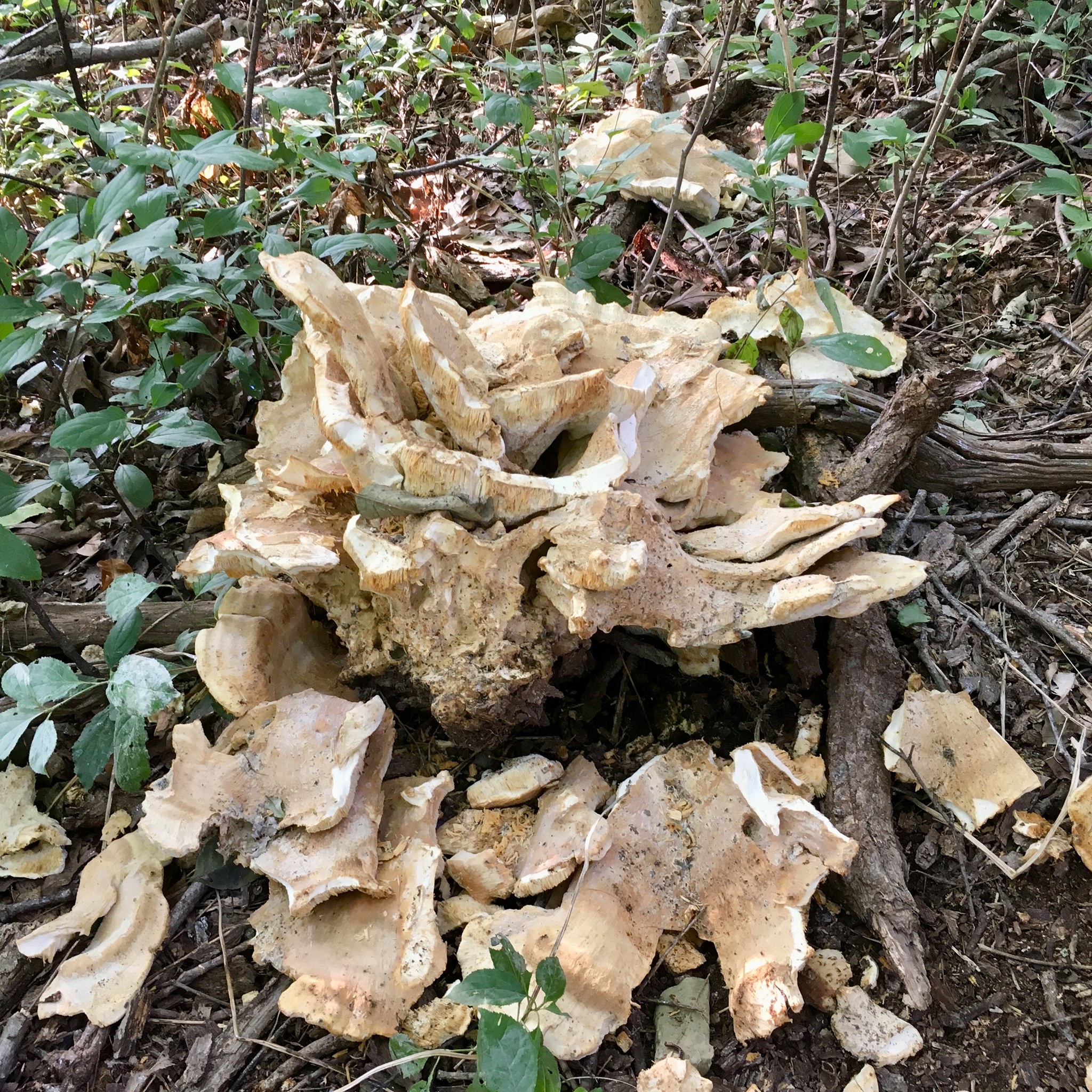 Staffer Steve Parrish discovered this two-foot wide chicken of the woods fungus during his regular rounds as Matthaei-Nichols natural areas manager. (Note the keys nestled in the center for size comparison!)

“It’s definitely the largest one I’ve ever seen,” Parrish said. “It really does take a while to get to a size like this.” Found at the base of a large dead bur oak, a common host tree, it’s possible that this summer’s heavy rains provided some extra oomph to help it excel.

Part of the Laetiporus genus of edible fungi, chicken of the woods (Laetiporus sulphureus) is also known as sulphur shelf, chicken mushroom, or chicken fungus because of its similarity to cooked chicken in texture and flavor.

The fan-like shapes are fruiting bodies known as polypores, or “many spores,” which typically grow from late spring through early fall. A multitude of spores emanate from basidia, or spore-producing bodies, which line the tubes clustered underneath fungi shelves or fans.

Parrish has a word of caution for those who might wish to feast on fungi. “If harvesting a polypore, make certain it comes from a deciduous tree. Those growing on conifers such as yews can absorb toxins that can be taken up by the fungus.”

If undisturbed, fungi can continue to grow from one season to the next. (The second photo shows what it looks like after being broken apart, possibly by deer.)

Parrish commented that like many fungi this genus can be found throughout the world. “Thinking about those tiny spores, I still remember my Bio 101 teacher talking about puffball mushrooms, saying, ‘If every spore produced a fruiting body, they would cover the world.’ He was a really fun-guy… sorry for the very (s)poor jokes!”